Making Cents: What to do with a pay rise (part 2) 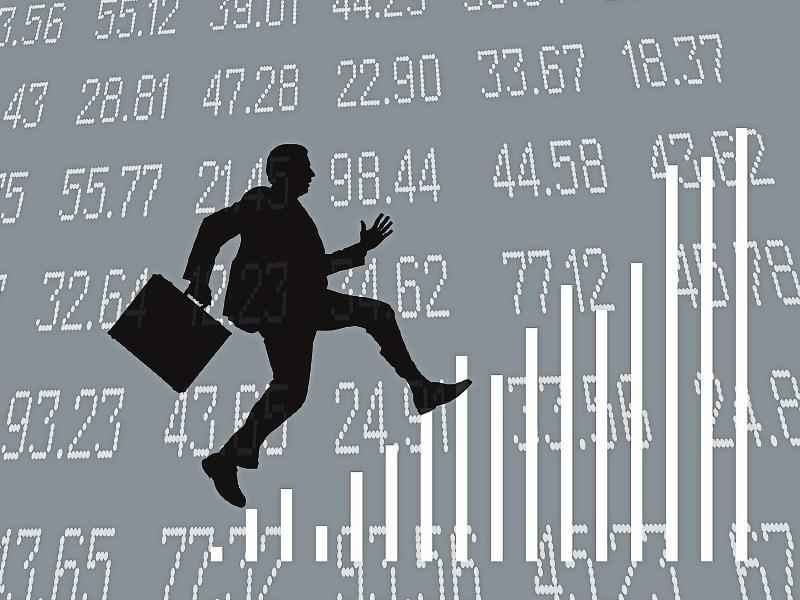 IN last week’s article, we focused a little bit on the future, but now I want to look at what you should do with a pay rise if you are currently in debt and/or if your savings are low.

Making Cents: What to do with a pay raise

My advice in this instance is very simple.

I wouldn’t give myself €1 to spend.

This is your chance to get out of debt, rather than continuing to remain in that vicious circle of paying minimum monthly repayments and getting nowhere with balances outstanding.

So, there’s nothing left of your raise to spend until your debt is wiped out. And there’s nothing because the interest rate is probably devouring your monthly income each month.

Put in the hard effort now, defer spending any of it until you’ve paid down this debt, and once you have, you can then apportion a % of the raise to other areas including spending.

If you can’t put your hands on €5,000 in the morning, 100% of your raise needs to go into getting your emergency fund, until you get to the level where it needs to be at.

Most financial advisers will point towards having somewhere between 3 and 6 months of living expenses in your emergency fund and they’re not wrong, so if you’re short of that target, use those extra funds to hit this target.

Okay, I now want to look at specific impacts a raise could have on different aspects of an individual’s finances, and no better way I think, than giving a real-life example of someone I spoke to last month.

She wanted to know what the outcome would be if the full amount of her raise was applied to different areas. She wanted to stand them alongside each other to see what impact her promotion and subsequent raise would have on each.

She thought and I agreed with her, that seeing the output would help her make the decision about whether she should be laser focused and focus on just one area or apply it to a number of different ones.

So she could choose to spend it on things or stuff each month or if applied to other areas of her finances, it would have the following impact:

*She could retire 4 years earlier than planned at 61, because the fund she’d have accumulated by then would be enough to cover her annual expenses, or

* She could increase her savings balance by €126,237 by the time she reached 60 which she could pay herself an income from where she wouldn’t have to activate her pension until she was 65 and leave it grow for those extra 5 years, or

*Her wife could reduce the pace she works at and earn €20,000 less each year, or

As I said, she could just spend that extra €400 each month on clothes or eating out more, or higher debt repayments.

When options like this are presented to anyone, I think their decision becomes a little easier. At least they now know what the outcome of each, is.

They can’t look back and think, God if knew then what I know now, I’d have done things differently.

And the woman I met didn’t know any of this before we met. She was just mentally dividing €10,000 by 12 and thinking that was the extra amount she’d receive each month, and wasn’t even factoring in what tax she’d pay, but now at least she could make an informed decision, something that was real and made sense to her.

What she decided to do, was carve up the increase by applying some towards pension, some to an overpayment on her mortgage and some towards extra equity purchases that her company was offering.

It still left her with money left over that she could spend though, so she would see an increase in her net take home pay that was hers to keep and hers to spend on whatever she decides to each month.

It was the best guilt free spending anyone could have, because it wasn’t impacting any other areas of her finances, because she had them locked down with the remainder of her increase and she was delighted with herself.

And the decision anyone makes, can be a very personal one. For example, some people might say paying off their mortgage as quickly as possible with extra money from a raise might have been the worst financial decision they ever made, but the best money decision they’ve ever made.

That feeling they get from being mortgage free and owning their house outright far exceeds the financial gain they’d get from investing monies into high yielding accounts than against cheap mortgage rates.

They don’t try and defend their decision and argue against its logic, because they simply can’t, but it works for them and they like it and that’s what matters, right?

Getting a promotion and or a raise at work is great and a cause for celebration, of course it is.

And regardless of how big or small it is, it’s worth spending some time and getting some advice, if you need it, to identify what new financial opportunities, this newfound income can create.

You need to be very intentional when deciding how much of the raise you are not going to spend and what you are going to do with it, and why.

And no better way to help you decide than running the numbers to see what impact it would have on the various aspects of your finances.

Once you know what the outcome will be and you can see what the long-term benefits are, it will help prevent this extra cash from disappearing each month from increased spending.

Because you’ll see that perhaps some or all of it should be directed to savings, or your pension, your mortgage, a house deposit, building up your emergency fund, accelerating the repayment of debt and so on.

My point being, is that you should consider your own financial situation and what those characteristics and objectives and circumstances and needs are. And once you do, you can then decide how you can make best use of that extra money, by applying it to areas that create the best outcome for you and your family.