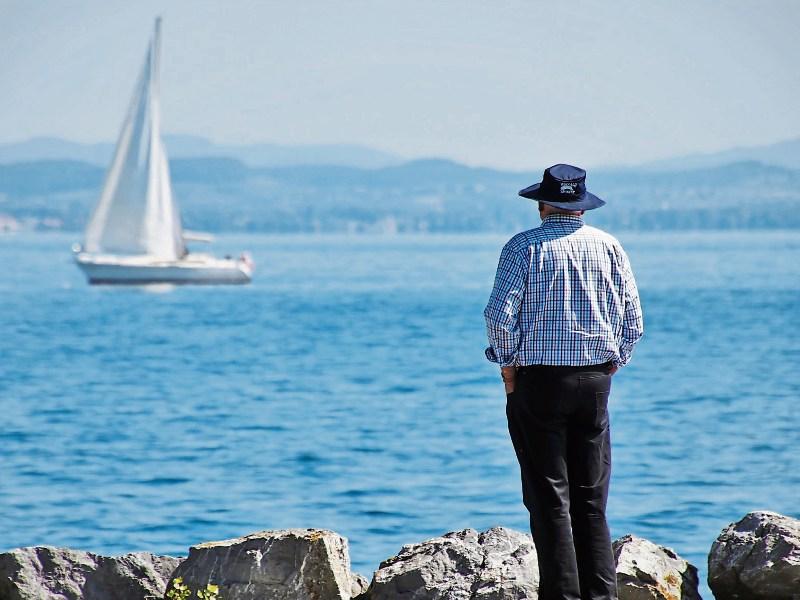 Don't miss the boat: Always weigh up advice both good and bad that is given to you

IN a moment I’m going to tell you about a woman, who followed the advice of a friend of hers, that is probably going to end up costing her €500,000.

This friend turned financial adviser, who’s day job is in the hospitality sector, I’m sure was well intentioned, unfortunately her advice was shockingly bad.

Where you get your financial advice from, is so important. You have to know if your sources are reliable and credible. I find that one of the reasons people are struggling financially, isn’t necessarily down to how much they earn or spend, but down to decisions made based on obsolete, biased, misleading or just downright fake news.

Some of the advice I hear all the time is concerning, e.g. why save, borrow now and pay it back later, don’t try claim any tax back because if you do, you’ll end up owing money, your home is an asset, you have to take big risks to get big returns, the longer mortgage term the better, don’t invest until your salary is higher, you’re better off saving into a regular savings account than into a pension for your retirement, it’s okay to get into debt to pay for your wedding.

I could go on and on.

When it comes to money, we all have questions but unfortunately depending on who you ask or where you source your information from, not everyone gets good answers.

It can be given over a noisy canteen, or from people who just have to give their two cents, or from relatives whose view on money could have been shaped by their own personal experiences.

For example, anyone nearing retirement in 2008 or those who invested in banks shares back then, will sadly but understandably have a jaundiced view of saving into a pension or investing in shares.

They want to steer you down a good path, and in fairness, their advice is better understood if you experienced what they did, but no one should be expected to respond to financial advice in the same way they do, because their view of money was formed at different times and what one person might think makes perfect sense, others might think it’s terrible.

Anyway, I’ve heard some ‘crackers’ in my time, but I’ve a new one to add to my worst pieces of financial advice ever received and acted on list, and that was to the woman I referred to at the top of this article.

Back in 2006, she was talking to a friend and was telling her about the new company she just joined and jokingly said how all grown up she felt, because she was joining their pension scheme. Her employer was going to contribute 5% of her salary, if she matched it.

But what about your plans to buy a house, her friend said.

I think you should ignore your pension for the time being, you’re young enough to save for it when you’re older, I’d say concentrate on buying a house first.

The problem was, 15 years’ on, she still hasn’t bought a house.

And she never joined the pension scheme either.

Perhaps the advice wouldn’t have been that bad, if, she hadn’t already secured the deposit or the timeline for buying a house was meant to be in the following six months, but she took it literally and unfortunately, while waiting to purchase, she put nothing into her pension.

But that’s not all.

She also said ‘NO’ to €16,500 in free money from the Government as well, because that’s the amount of tax relief she would have been entitled to, from her own personal contributions.

That’s an amount she’s never going to make up.

Because she’s just gone sale agreed on a property. And because her partner is a little older, the maximum term their mortgage is allowed over, is 16 years. Which means her monthly repayments are higher because her term is lower. Based on the amount she’s borrowing her new mortgage is going to cost her c. €2,250 every month.

So, there isn’t much money left to go around, after her mortgage is paid and other monthly expenses are accounted for.

The irony is, she waited to get her mortgage before starting her pension, and now that she’s started her mortgage, she can’t afford to start her pension.

If she had just put away that 5% into her pension and got that matching 5% from her employer back in 2006, and even if she now stopped making any further contributions, that €145,273 would have continued to grow and at age 65, would have amounted to €505,738.

Which would have paid her an annual gross salary of €20,230.

Because this woman got such bad advice and because she believed it and didn’t question it, she effectively said ‘NO’ to half a million euro and an annual income in retirement of €20,230.

People get their financial advice from people who have no business talking or writing about financial matters. And you don’t have to be good at math or have a high financial IQ to know that some of the advice bandied about is terrible.

And I understand there are multiple sources you can get your information from and it can be a case of information overload and difficult to know which is accurate, useful or just nonsense.

Getting advice from friends and from on-line financial forums particularly worries me. You wouldn’t go to a friend or a stranger and ask them about your health and take a diagnosis from them, would you?

Of course you wouldn’t and the same applies to your finances.

But you can overcome this somewhat by having a couple of dedicated sources you go to for financial advice, and that’s easier said than done, but seeking out and trying to find that person or place is important.

Good advice can improve your finances and bad advice can do the opposite. It can leave a lasting, sometimes irreversible impact, so, make sure you know the advice you’re in receipt of is coming from a trusted place and from a reputable professional who is independent and whose only relationship with you, is them being your financial adviser.