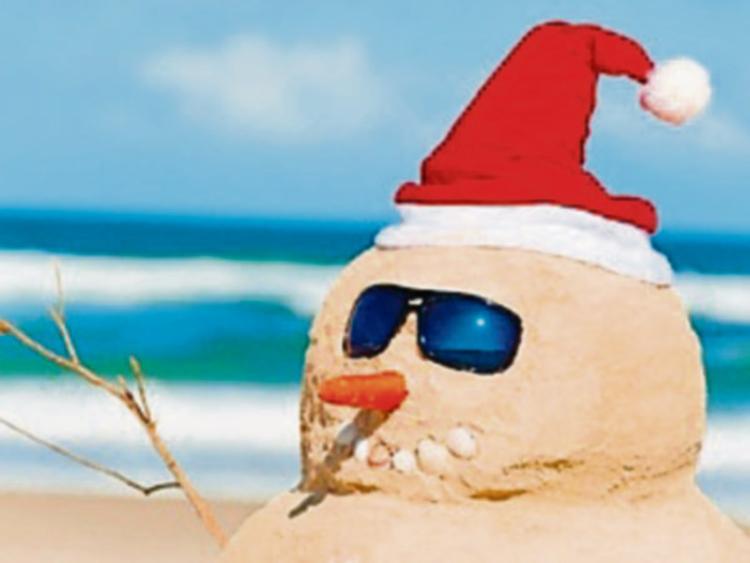 Maybe a first class trip to Dubai is a bit much to splash the bonus on, but do consider treating yourself to a more modest sun holiday...

It’s coming to that time of year again, when end of year bonuses are being talked about, and you may even know what you have been awarded for this year.

Before it lands in your account, it’s important to put some thought into what you should do with it and how you can optimise it, because, after all, it was hard earned, so you want to make best use of it.

And some people don’t have to give it much thought; they have it spent long before the amount is even known. But what you don’t want to happen, as is the case with people I encounter all the time, is that their bonus is gone just as fast as it comes in, and the post-mortem in January begins with wondering what ever happened to it.

When I began to think about what you could do with your bonus, depending on your financial situation and the size of your bonus, the list could be endless, so I decided to limit the number of suggestions to nine. They are what I consider good choices, and this week I will share with you four of them with the remaining five to follow next week.

Before I do, here are some annual bonus housekeeping rules, I would give thought to and reflect on:

n Don’t start racking up debt now in advance of receiving it, expecting the bonus will pay it off – sometimes it won’t and you don’t

n If your bonus is higher than expected, don’t spend any more than you normally would have on Xmas presents for family and friends

n Get the money out of your account quickly – if you don’t, it’s likely to vanish fast

It may not last as long as you think – and that will be up to you and what you spend it on, so be careful with those impulse splurges

I came across a client of mine who received a substantial bonus last year, which was spent on a trip to Dubai (first class both ways) where she and her husband stayed in a beautiful hotel for a week, and the balance of the bonus was spent purchasing a very expensive diamond necklace. The same couple have about €5,000 in savings to their name. And who am I to tell them how they should spend it? But if either suffered an income shock because of redundancy or illness, that trip and the cost of it, will be a huge source of regret to them. But all that was lost when a lump sum landed in their account and their emotions took over.

And maybe they could have struck a happy medium by still having a great week way, but not to a destination that was as expensive, and maybe travelling in economy class and sitting with mere mortals like me wouldn’t have been so bad after all. But the lesson learned is to take your time, be very intentional and specific about what you are going to do, and don’t let emotion take hold of what you are going to do with your bonus - take on board and listen to what the left-hand side of your brain is saying as well.

Okay, on to those suggestions I spoke about, and in no particular order the first four are:

Get rid of Debt

Not the most glamorous way of spending your bonus, but it can be one of your better financial decisions. The less debt you have, the more of your income that can be freed up and applied to other areas. Of, course you will also pay less interest in the long run as well.

And the type of debt I am referring to here is debt like credit or store cards, personal loans and overdrafts. They are the most expensive debt and should be tackled first.

If for example, you owe €3,000 on a credit card at a rate of 18%, and you pay €50 each month towards it, it will take you 12.9 years before it’s repaid in full and you will have paid €1,733 in interest payments in the process. Put the same money on deposit and you will earn €4.88 in interest over one year. So, paying off debt, especially when rates for money on deposit are so low, is a great investment.

You may not be contributing the maximum amount to your retirement fund as you can, and you could top up the amount you are, by making lump sum lodgements to your pension by way of additional voluntary contributions (AVC).

So, if you are currently contributing 8% of salary, you can make additional contributions up to 12%.

And remember, what you can contribute is separate to what an employer contributes, they are mutually exclusive.

And even if you didn’t contribute the full amount allowable, I would suggest contributing something, because if you don’t you are leaving money behind you each year. If you made a contribution of, for example €3,000, and you pay tax at the higher rate, you will get tax relief back in the amount of €1,200.

You’ve worked hard all year, and you should spend some of it on yourself. So, think about the things that would give you the most happiness, and whatever they are, then splurge and indulge. This is the no-strings-attached, guilt-free amount you can spend. And what a great way to use it - on something you always wanted to do but were unable to because you didn’t have the money, until now.

Look ahead to next year and are there any large expenses or purchases you envisage having to make e.g. child going to college, holiday abroad, car replacement, deposit for a house, a child needs dental work, home improvements or repairs etc.

It might be prudent to set aside money from your bonus for them which will take the stress away from having to provide for them next year – and trust me, when the time comes next year, you’ll be glad you did.