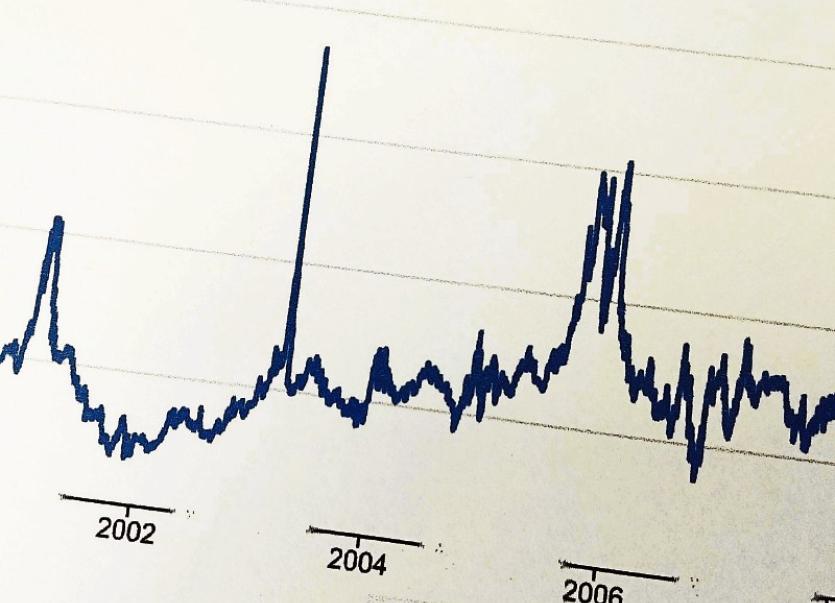 ‘What the hell is going on?’ This was the first line of an email from a client that greeted me a couple of weeks ago.

The markets had taken a hit, and in the course of one week, the value of his fund had reduced by 4%. He was worried; how could this happen and what should we be doing about it?

His feeling of panic was an understandable reaction and a familiar one to many investors. If things are going in the wrong direction, we feel the need to do something to protect our money, even though we may know that we are in the best possible investments. In the overall scheme of things though, 4% wasn’t going to have much of an impact, because he had a, number of years to retirement and had time on his side to recover from this drop.

I remember calling him six months previously to update him on his fund performance. And the news was good, really good. Since we began managing it for him 18 months previously, it had risen in value by 12%.

His reaction to the good news was one that I have come to expect. He was happy, of course, but he was more concerned about the correction that was been spoken of in the media, and the impact it might have on his fund.

This was text book reaction to what has become known as loss aversion.

Loss aversion is where the pain of making a loss is greater than the joy of making a gain.

This theory was first introduced back in 1979 by Amos Tversky and Daniel Kahneman and theirs and other studies have suggested that while we all like the chance of winning, we’ll put more effort into not losing.

The thought of losing holds more power over us and is twice as strong as the prospect of a larger gain of the same size.

The danger with suffering from loss aversion is we can become overly focused on our potential losses rather than remaining focused and sticking to our long-term plan. If the plan is right in the first instance, you have nothing to worry about. Of course, you can’t become complacent either and it may need to be adjusted and rebalanced from time to time but once the fundamentals are right from the outset, it will only need minor rather than major surgery.

We had built market drops into this gentleman’s plan. It was something he was going to be able to absorb when they happened, without derailing his long-term goals. And if you want to have a good plan in place, you need to include a strategy that can handle a range of possible future scenarios. If A happens, then we will do B, if C happens, we will do D.

When I review what some people have in place, they are incapable of reacting to certain situations, and have no idea what the appropriate response should be. They can’t answer a question like how much they would need to reduce and adjust their income requirements if markets fell by a certain percentage.

You can’t predict the future. But you can eliminate the uncertainty of what to do and how to respond to possible future occurrences, if you have a real plan in place, which deals with the future and looks at different scenarios, both good and bad. The reason why this is so important is that it eliminates the danger of what you might do when that loss aversion feeling takes hold, and helps you avoid making potentially very poor decisions when you are in a highly charged, emotional state.

From a financial perspective, when loss aversion takes hold, we tend to over-react to both major losses and major gains.

When major losses take place like they did back in 2008 it prompted people to sell or move investments into cash or bonds. Seeing their investments drop in value by the hour, they became fearful that if this continued, their investments would soon be worth zero

What they lost sight of was that even when markets crash, over time, they recover, and they needed to be reminded of that.

Getting out of the market, they made a temporary loss a permanent one, and missed out on the surges that took place in the years after.

In addition to our tendency to sell investments when they are going down in value, loss aversion equally causes us to make irrational decisions during times when markets increase in value. We tend to avoid banking what growth we made for fear the investments will continue to grow. This is known as the Fear of Missing Out (FOMO).

Have you ever held on to an investment longer than you should have? I know people who have and primarily they hold on to them for two reasons (a) they are making lots of money and don’t want to lose out on on-going increases (FOMO) and (b) they have lost money and want to get it back.

For many loss-averse individuals they are focused on their lost cash. They want to get back to their original starting point, and it becomes close to an obsession for them.

Loss aversion can lead us to make poor, sometimes disastrous financial decisions. It can lead us to choose the option with the worst outcome so it’s important to recognise them when they happen and even if you do, it’s still difficult to overcome them.

You might therefore, be best advised to engage with a trusted adviser who, not only can recognise them as well, but reassure and guide you away from making poor, emotional decisions based on that fear of loss.