Liam Croke: 'Boomerangers' must keep eyes on the prize 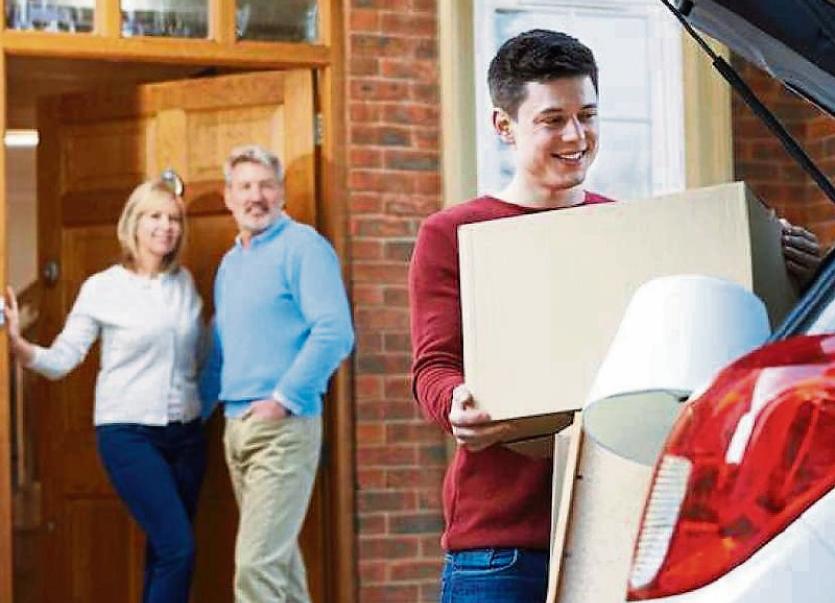 Boomerangers, however, aren't identified with reference to their age; they are that cohort of people who had left their parent’s home, but found themselves in a position where they needed to return to live with their parents.

The reason they have to return could be because of unemployment, a relationship break-up, or the need to save for a deposit on a house; something they would find difficult to do if they continued to rent.

It was once considered a rite of passage for those in their late 20s or early 30s to buy a property. For many of this generation, however, that is proving very difficult because the amount required for a deposit is so high and trying to get those savings together whilst paying rent seems an impossible task; so a solution for some is to return home.

And this was exactly the reason why, the people I met last week returned home. They are at that age where they want to buy a property (they ranged in age from 27 to 32) and in order to fast track the process of saving for a deposit, they needed to free up as much of their income as they could.

One way of doing this, was returning to the house they are likely to have grown up in, and live in it either rent-free, or at a rate which is much lower than what they are currently paying, courtesy of mum and dad.

One of the people I met was a woman aged 32, who she remembered the day she left, the excitement of starting out on her own.

Equally she remembered the day she returned and the dejection she felt. Opening the door to what was her room, finding it hadn't changed since the day she left, she began to wonder if her mum knew she would have to return one day, and this was her way of saying, ‘welcome back, I was expecting you’.

The first couple of weeks she returned, she said were the worst. Here she was, 32-years-old, back in her old bedroom, when most of her friends were either married with children or at least living in a property owned by them and or their partner.

Of course, it’s natural to feel this way, but the key when this happens is to remind yourself why you are doing this. Your current living arrangements are only going to be temporary. It might seem like a backward step, but if you focus on saving everything you have, then in the short term it might feel like one step back, but in the medium term, it’s five forward.

This woman made a very calculated decision, and knew that by returning home, she was sacrificing a level of independence, but that was a trade-off she was willing to accept. Doing so meant she could redirect the amount she was previously paying in rent to her savings account which would accelerate her ability to buy her own house.

That feeling of disappointment she had was replaced with a sense of purpose and gratitude. She knew she was lucky to be able to return home, and lucky enough that her parents would only allow her contribute a small amount to her stay i.e. money towards food and utilities which was far less than what continuing to rent would cost her.

If she didn't have this opportunity she knew the likelihood was that she would be living in a state of rental perpetuity.

The deposit she thought she needed for the area and property she wanted to live in was €40,000.

She earned €3,000 net per month, and she was responsible for the €1,350 rent for the apartment she lived in alone which was by choice. Her monthly costs for food and groceries was c. €400, her transport costs were €200, phone/utility bills c. €150, insurance costs €100 and other miscellaneous expenses left her with about €400 which she could save each month. An excellent amount by the way, which was 13% of her net monthly income, but even at that rate, the reality was it would take her 8.3 years before she would accumulate the deposit she needed.

By moving home she worked out, with her parent’s approval regarding the amount they would take from her, she could save €1,800 each month.

If you want to buy a property, moving home could be one of the smartest financial decisions you will ever make, so don’t waste it.

And whilst moving back with your parents might initially seem like failure, it doesn’t have to be. Before you move back in, have your exit strategy in place. You and your parents need to know how long this arrangement will last for, so you need to put a plan in place.

If your goal is to become a property owner, take advantage of your new living arrangements and know the number you need to reach, when you want to reach it by, and then save big and save fast, and don’t take your foot off the savings pedal.