What should you do if you win the Lotto? 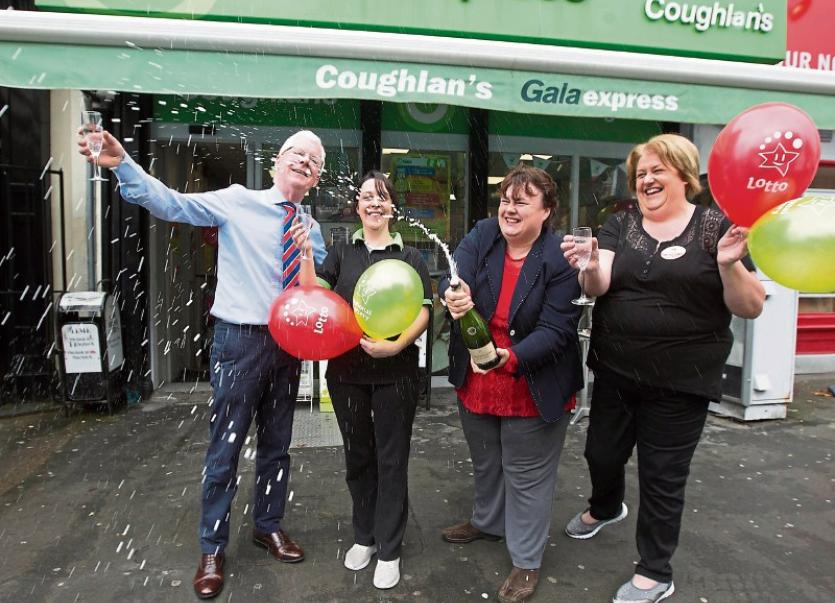 It was great to hear last week that the winning lottery ticket was bought Limerick. The amount won was - €2.9m - is certainly a life changing number.

Whenever a person is in receipt of an unexpectedly large amount of money from a lottery win, an inheritance or an insurance payout, the outcome can go one of two ways. The good way is when the money is put to good use, invested wisely and grown over time. It improves their life, and the lives of those close to them.

On the flip side, it can go terribly wrong as well. It can ruin relationships, break up families and bizarrely, over time, put them in a worse position financially, than they ever were before they came into their windfall.

There are so many stories of lottery winners in particular who end up losing it all, for many different reasons. There was a lottery winner in Canada who went through $6.5 million from drinking and throwing lavish parties.

A lottery winner in America won $5 million, and lost it all gambling and now lives in a trailer park. Then there was the bin man in the UK who won £9.7 million in 2002 and 10 years later, was broke and working in an abattoir.

It has been suggested that people who inherit or win money view it as money found rather than money earned, so they are much more likely to spend it in a way they will later regret. Another reason they make poor decisions is because they go into what some psychologists refer to as ‘money shock’.

One minute you might be struggling and the next there are millions in your account. People react differently when this happens. If you’re not accustomed to having a lot of money, paranoia could set in; you could become guilt ridden by your new wealth and start giving it to anyone who asks; you start buying everything you see in every colour they have it in.

It can be the trigger for some people which sets them off on self-destructive behaviours where they begin to drink too much and or gamble as they feel invincible just because they have money. They become almost unrecognisable to the person they were before their win.

You can’t escape feeling different when overnight you might have become a millionaire. How could you not? But when the insanity of what happened dies down a bit, you have to realise things will change, and you need time to adjust. You need time to think through what you want to do with the money and what changes you want to make.

Do you want to give up your job for example? That might be the first instinct of a lot of people. They can’t wait to go in and tell their employers what they can do with their job.

That’s fine if you don’t like it, or your employer hasn’t treated you very well. But you have to think at some stage whether you would like to continue to work in the future and what type of work you would like to do.

If your life doesn’t have any meaning or purpose, other than spending your millions on stuff, then you’re going to run out of money at some stage - no question. Previous lottery winners who lost it all are testament to this.

So, you better crunch the numbers before you make emotional decisions like giving up your job. The majority of experts, by the way, recommend you don’t make that decision for at least six months after you receive your windfall. Depending on how much you win and how much of it you plan on spending, is what’s left over enough to last you the rest of your life?

You need, therefore, to call timeout on any decisions you make, until you come to grips with your new-found wealth. You need to get your emotions under control and surrounding yourself with people who can give you that unemotional advice is important.

While friends and family might be well intentioned, they too are caught up in the emotion of what just happened to you.

But, you don’t want to deny yourself either, so celebrate and treat yourself when you receive your windfall.

Go on an amazing holiday, buy yourself a new car if you want to, but save the big purchases for later i.e. the ones that cost a lot - like buying a new house, or making a big investment etc. until you have had time to think things through logically with your family and advisers.

Set aside a sum of money you can access which is enough to buy you some nice things over the next few months, and put the balance into a holding account for say three to six months until you are ready to create a sensible plan, with your advisers, for how to handle your windfall now and in the years ahead.

That plan will need to include the mother of all budgets which will show you exactly what you can or can’t do for the next 20 years. You need to review what investments you should make, how much you can gift to family members, what debt you should pay off etc.

A couple of my clients are lottery winners, and they won big. Both still work. Both, after advice, made excellent investment decisions.

Both are financially stress-free and both are well able to spend money as well. But, critically, both have stayed grounded and if you ever met them you wouldn’t think they had millions in their accounts. Money gives them freedom to do whatever they want to, but has it made them any happier? I don’t know, but if it did, not by much.

Did winning a huge amount of money change them? Of course, it did, hard not to. But there are things, that are much more valuable and important than money, and thankfully they recognise this.