For better or for worse - how to tackle debt 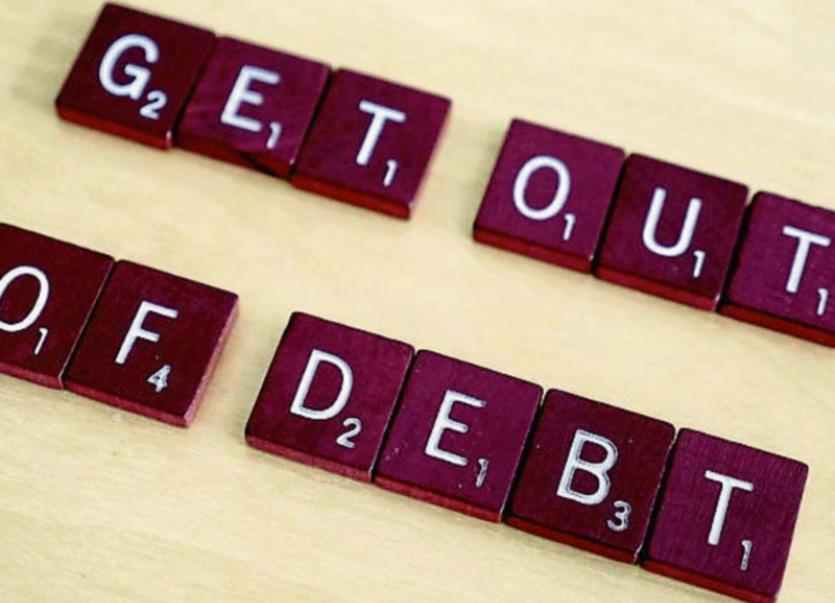 There isn't much I haven't heard before or anything that surprises me when I meet people to discuss their finances, but last week was a new one even for me.

I was sitting opposite a young man who looked as if he had just completed his junior cert. But he was 26, a qualified accountant, and has been working for a well-known consultancy firm for the past five years.

Because we had a limited time to talk, he sent on details of his finances in advance of our meeting so we could hit the ground running. And all that I could see was a mountain of debt, and I am not understating the amount he had, or at least I thought he had.

There was €19,505 owed between two personal loans and five credit cards.

His total monthly payments servicing all of these loans was €669.07 and I quickly calculated that if he kept repaying at the rate he was, the final loan would be repaid in 2025, and in the interim he would have paid a total of €15,270 in interest payments.

He didn’t know any of these numbers, just the interest rate charged ranged from 12% to 26%. So, what he wanted to get out of his session with me was a debt repayment plan i.e. what was the best way to repay this debt as he seemed to be getting nowhere with it.

So, I began the conversation by listing the amounts he owed, how the debt had accumulated, the monthly repayment, term outstanding etc. I was doing this because I wanted to confirm the numbers in question were correct and a zero hadn’t been added in by mistake.

He didn't reply to what I was saying, so when I lifted my eyes off my computer from where I had been reading the details from, he looked me straight in the eyes and said something I was not expecting.

After about three seconds of staring at each other I said, “Oh right, congrats, that's great, good for you.”

“My parents don't know, and neither does hers.”

“Right,” was the best I could muster

Not knowing where we were going next, I asked how long he’d been married? Three months.

“Do you mind me asking why both sets of parents aren't aware you’re married?” I asked.

He had my attention now and his personal life became much more interesting to me than his debt.

“My wife lives in America, and I am planning to live there next year, and we thought it would be easier for me to gain entry if we were married. And the details of the debt I sent on to you didn’t come from me, it’s my wife’s, and I suppose it’s mine now as well,” he said dejectedly.

“So, what do I need to do to get this paid off?” he asked

I looked at my watch, and we had 20 minutes left, so I needed to get moving really quickly. But before I did, he dropped another bombshell on me. Not only did he want to know how to pay this debt off in a short space of time, they also had 18 months to save $20,000 for their wedding ceremony in the States.

OK, our starting point was to rearrange his debt and get two lists together, one which had the highest rate at the top and lowest at the bottom and the other with the smallest debt owing at the top with the highest at the bottom. The reason for doing this is because you have two ways of tackling debt, and the order in which you choose is important.

This is often referred to as the snowball method of debt repayment, where the amount available for each loan gets bigger as another one is paid off.

When I looked at the difference between both strategies, tackling the highest rate first would save the most interest at c. €8,432 and he would have the total debt repaid in 3.3 years using this method.

He could, however, repay the debt with the lowest balance off first, a strategy I like because a much bigger percentage follow through with this route than the other. Quick wins increase your motivation and when you see success happening quickly you are more likely to stick with it. This way he would have his debt repaid in 3.7 years saving c. €7,578 in interest repayments.

Was there any way he could repay the debt back even faster? The answer was yes. If he was able to pay an additional €200 per month on top of currently payments, then his debt would have been repaid in full in just 28 months (c. six years’ quicker than his current plan)

Will he able to find this extra €200? I think so because when I showed him the numbers it certainly focused his mind. Of course this was still going to be a big ask for him and it was going to require a lot of hard work over the next two years; and it was going to impact his ability to go on holidays, socialise and even get married in two years’ time.

If he wanted to get rid of this debt in two years’ time as well as save $20,000 to pay for his wedding ceremony/party, then the simple solution would be to get a personal loan in the amount of €37,378, which would clear his debt leaving the equivalent of $20,000.

If he was able to secure this loan and secured a rate of 7.5%, his monthly repayment would be €1,705, which would leave him with €495 to live off for the rest of the month.

Even if he was able to do this, the chances of him getting this size loan in his own name at his present income are, in my opinion, zero.

He would without doubt need help from a third party to secure the loan. Or maybe he was hoping he would get some of the proceeds of his mother’s life assurance policy, when she dropped dead from a heart attack after he told her he was married.

If I achieved anything with our friend, I hope it was to dampen down his expectations that what he or maybe she was proposing was realistic. It wasn’t and something was going to have to give. We shook hands and I wished him well, and I don’t think it will be the last time I hear or see from him again. I think I might be in the running to be his best man at his second wedding in the States!