John B Keane: Gauntlet thrown down on behalf of fighting cock 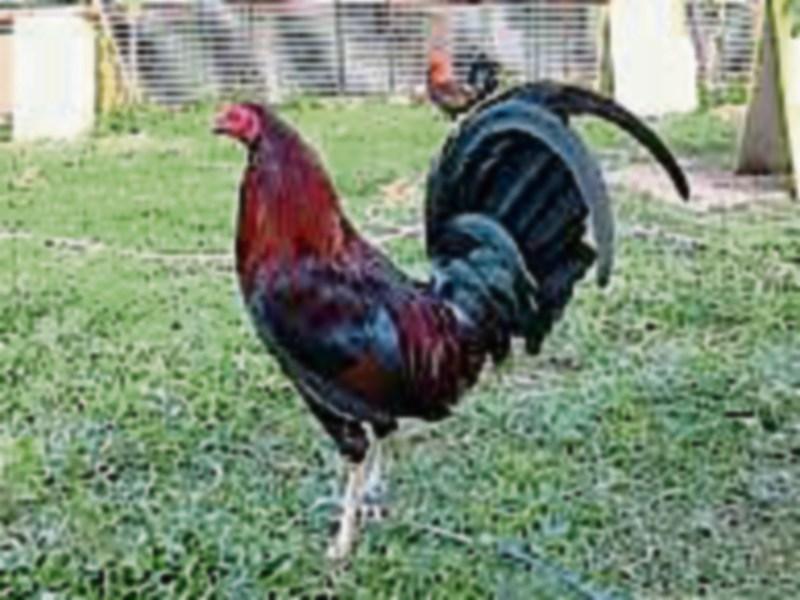 WE WILL take a look this week into the countryside and examine the prevailing situation in townlands and hamlets far removed from sophisticated suburbs and general urban turmoil.

To go to the country is to refresh one’s outlook and simplify life’s more troublesome equations. I am one who believes that the answers to all man’s problems are to be found in quiet rural retreats.

It is easier to sort oneself out on the brow of a high hill than it is on a busy street. It is easier to be content in the back of beyond than in the heart of a thriving town because the loneliness of man is more emphasised where there are large crowds but in the countryside nature herself is always at a man’s side, eager and willing to correspond and commune.

My critics will ask whither I am taking them. Let us begin with the latest from the hinterland of Ashford, that delightful village in the heart of Limerick. The setting is the townland of Ballagh, not to be confused with Ballaugh where the bachelors come from.

My correspondent, Mick Doody, throws out a challenge on behalf of the fighting bantam cock of Ballagh but let Mick speak for himself.

“Dear Mr. Keane, I’d be very grateful if you’d publish in the Leader about a bantam cock, the property of Paddy Linehan who resides with John L. Curtin.

“This cock is a famous fighter and have fought with some of his neighbouring cocks and have won the battle. The first fight was with Jimmy Shanahan’s, then with Tommy Kiely’s.

“Now I want you, if you know of any one either in Limerick, Cork or Kerry, that have good cocks anxious for a fight to bring them along to Paddy Linehan’s cock and if his cock loses the fight, he’ll give a sum of money to the winner and a gold medal.

“Needless to remark this cock was bred in Toureenagreana and it is the best bird in the parish of Ashford. Mise le mean, Mick Doody.”

Well that could not be fairer. As far as I know, the law does not concern itself with cock-fighting unless spurs are used or if there is no betting.

READERS WHO subscribed to the Paddy Drury memorial fund will be delighted to hear that the stone will shortly be erected to the memory of the Drury brothers and sister in the Old Abbey near the village.

The cost of the stone was forty pounds and it is hoped that extra subscriptions will be given for Masses for the repose of the souls of all the Drurys. Undoubtedly, the Old Abbey was the spot where Paddy wished to be interred. Of his many fine ballads and poems we have made repeated mention in these columns since I first started to contribute to the Leader.

Drury was well-loved in Limerick and Kerry and was not noted for satire like so many of his rural counterparts. There is only one satirical piece and this was written defensively.

By and large his pieces are gentle and sentimental when they are not purely humorous. He also composed many fine patriotic songs. That he was a humble and devout man could be seen from the following:

In the early thirties a missioner from Limerick was conducting a retreat in Moyvane. The missioner was at pains to explain to his country flock about the nature of the inviolate Mother of God.

He went to great lengths to convey the veneration and respect of which she is so deserving.

“What,” he asked “is the difference between the Mother of God and your mother?”

“I don’t know,” Paddy whispered to a neighbour, “but there’s an almighty difference between their two sons.”

In spite of one critical stanza, Paddy loved his native Knockanure and the Bog Lane at Carueragh where he first saw the light.

He loved the tenuous Gale River, with its dipping sally banks, its surging floodwaters and its glinting shallows. His wish to be buried in the Old Abbey at Knockanure was granted. He loved the location as his ballad shows:

Knockanure Church, that the Heavens may bless you,

That sweet place of rest where the dead do resort,

If you stand at its corner of a bright summer’s morning,

You will see the ships sailing to every seaport.

ANOTHER COUNTRY communication, this time from Tom Shine of Glenquin. Tom informs me that the Killeedy senior hurling team is to meet Kilmallock shortly in the Limerick county final.

By the time this goes to press the match will be over. May the better team have won. Tom has penned a few lines in honour of his team:

Killeedy team they’re in full steam, our parish to pull through,

They’re blessed by the great Saint Ita, they wear her white and blue.

John Magner is their leader, he has led them all through,

With Mike Dilee beside him, you’ll find no braver crew.

James Mulcahy is their caption, no better man you’ll get,

For free and fair right through the air, he’s sure to shake the net.

Still with sport, we return to fair Knockanure, a parish which has thrown up more than its share of Gaelic footballers and splendid athletes. The current year marks the return of Knockanure to the North Kerry championship. Not alone does it mark their return, but it marks their latest appearance in the final of the North Kerry Intermediate championship.

The men from Knockanure will take on the Ballylongford intermediate team in the final on December 9. The venue will be Tarbert of the tall chimneys. Ballylongford are keeping their training strategy a secret but the Knockanure fifteen have been training under lights for some time now and they are confident of bringing the cup home to the Valleys for the first time in sixty-three years. In the 1910 team were the O’Connors, the Kellihers, The Mulvihills, the Flynns, the Dillons and the Finucanes.

During the intervening years Knockanure has reached many finals, the last in 1954. This year’s final should be a colourful affair. An accordion band has been formed specially to play the Knockanure team onto the field. A Ballylongford Gael would make no comment when I asked him which side would win. All he would say was, “we must only wait and see.”

Willie Finucane, chairman of the Knockanure club, is quietly confident.

“I foresee a grim struggle,” he said, “and a neck and neck race for the honours. In the end, I see the Knockanure men emerging triumphant agus go mbeirimíd beo in Éire soar.”

CAHERDOWN IS situated on the brow of Dromin, overlooking Listowel and bordering the wooded riverside of Shanowen and Ballinruddery. It is a peaceful, secluded place in the most ornate of sylvan settings, enlivened by chuckling, half-hidden streams and home for hare, fox and game bird. This week a correspondent from the city of Cork wishes to be remembered to the folk of Caherdown, especially Jim Carroll, Jim and Mary Moloney and the Nolans. I am not at liberty to disclose his full name but I have permission to disclose his initials which are F.H. His Caherdown friends will recognise him from these. He was in Listowel in 1941-42. He recalls the time in verse:

As I sit and think of bygone days,

My memory back to Listowel strays,

To the nights I danced in Walsh’s Hall,

With Dalton’s Band it was a ball.

I fell in love with a lovely lass,

When Caherdown I chanced to pass;

To part came time, our hearts were sore,

The joys of love we shared no more.

My Listowel time was best of all.

The late, great John B Keane was a Leader columnist for more than 30 years. This column first appeared in our edition of December 1 1973