John B Keane: Argument for a public toilet can be read on street 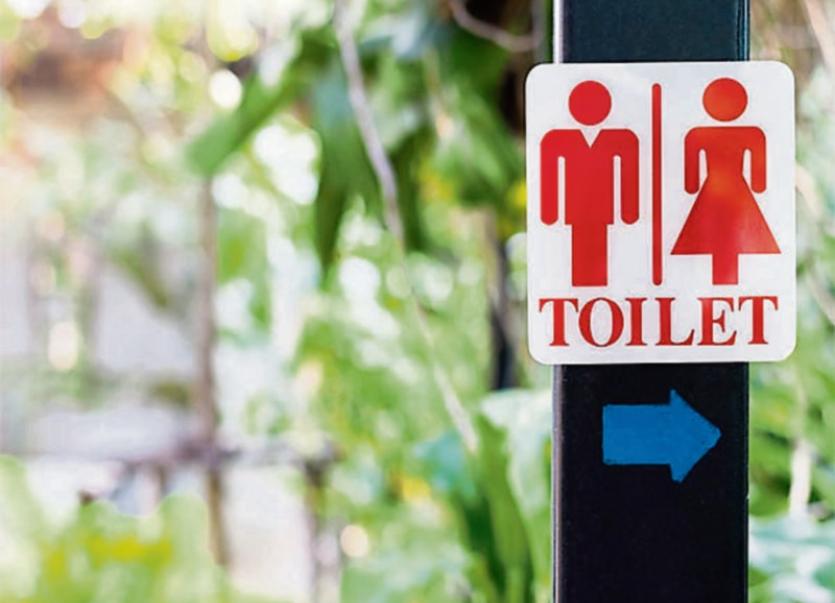 IT IS high time Listowel had a public toilet. With a population in excess of three thousand souls, it must be the only community of its size in the civilised world without this simple amenity.

Many visitors to the town have sat patiently in buses and cars happily anticipating an end to personal, physical problems as the town hove into view. At last, there would be respite from murderous restraint. No longer would there be need for care at every adjustment of the body.

A time for an end to tortuous control was fast approaching.

Alas and alack, Robbie Burns surely must have had Listowel in mind when he wrote:

An' lea'e us nought but grief an' pain, For promis'd joy!

Grief and pain and often a good deal more which elementary good taste proscribes me from mentioning. We all have imaginations and we all have had childhood experiences so that we know the personal tragedy that descends suddenly with guilt and embarrassment in its wake.

I could also harp on Listowel’s water supply but, believe it or not, I have seen worse in other towns and villages, although in most cases it is far better. The reason I will not dwell on water is that efforts are being made and the station itself is most ably manned. In short, every effort is being made to relieve the situation.

I must ask, however, what effort is being made about an even more pressing problem, i.e. a public toilet? It has been the subject of a thousand discussions down the years. Promises have been made and promptly forgotten so that now the town is a laughing stock in this respect.

People in all parts of the town can point out the physical results of having no toilet, especially on Monday mornings. Sunday night late seems to be the accepted time for leaving one’s personal protest behind. Streets and roadways leading from the town are frequently riddled with these.

If you think this is bad, you might take a turn some time through the backways. Add to this the fact that the town has the best scavenging and cleaning service to be found anywhere. If they were anything less than the best we would have to pick our steps all the time.

Now let us move on to another unpleasant aspect of the problem. At all hours of the day, one can see grown men availing of these backways to dispose of water problems.

Quite often there is partial exposure. I do not say this is deliberate but I must say that it is not right in a town where hundreds of boys and girls avail of these backways to play in.

I never like to harp overlong on unpleasant subjects. I hope I have made my point.

JACK FAULKNER was sorely tested the other day. An ex-soldier with an honourable discharge, he is fond of discussing the Middle-East War whenever the opportunity arises.

Jack was explaining to myself and another man about how simple it is to flout a ceasefire order.

A listener with a black overcoat and a loud voice intervened to ask what exactly Jack knew about ceasefires and from where he drew his authority to make pronouncements on such a subject.

“Did you ever get a crack of a black cadhrawn in the poll of the head?” Jack asked.

“I did,” his tormentor admitted, “when I was filling turf wagons at the railway station during the war. I had my back turned and to this day I don’t know who flung it. I saw stars and if I could find a doctor, I’m sure I’d have been stitched.

“There you are now,” said Jack. “I hope you’re satisfied.”

“Hang on a minute,” said the man with the black coat, “and tell me this: What have cadhrawns to do with it?”

“Everything,” said Jack. “When they have no shooting or bombing they have to pass the time. The next thing that happens is that they start sticking out their tongues and calling names.

The man with the black coat was speechless at all this. He looked at Jack as if the man were some sort of a freak.

After a long while, his speech came back to him. He tipped Jack on the chest with the index finger of his right hand.

“Tell me,” he said aggressively, “where they get the cadhrawns in the Middle East?”

“The same place as ourself,” said Jack, “the bog.”

JAMES O’CONNOR of 3064, Albany Crescent, Bronx 10463, New York City, is a frequent and very welcome contributor to these columns. He writes to say that he has been reading about Canavan’s dog in Out in the Open, and he says that if Canavan’s dog can read as well as he can talk maybe he can explain this piece in Ann Landers’ column in the Daily News. Ann does a column on animals and we have corresponded on occasions. Here is a letter which Ann received some time ago.

“Dear Ann - Our neighbours, the Kellys, went to Europe for three weeks. They left their cocker spaniel, Lucky, with us. The first week Lucky didn’t eat much. We figured he was lonesome for the Kellys.

W The second week his appetite perked up but on Friday he wouldn’t eat the leftover roast. He just drank the water. The next day Lucky ate fine and continued to eat all through the week.

“When Friday came he turned up his nose at the Hamburger. Jokingly, my husband said: “You know that darned dog eats just like the Kellys, no meat on Friday.”

“We all laughed. Just for the heck of it, I opened up a tin of sardines and put them down in front of him. He cleaned up the tin.”

So much for Ann Landers and James O’Connor’s query to Canavan’s dog.

Unfortunately, the dog is not talking to anybody at present and has not been for some time now but Canavan assures that Banana the Sixth, which is the dog’s name, would never dream of eating meat on a Friday.

His great uncle, Banana the Fourth, who was the first of the talking line, would never eat meat either when it was Friday. He used to tell Canavan that there was no luck following it.

“I seen a cousin of my own, a part-time Alsatian bitch that ate a parcel of lost boiling beef of a Friday evening,” said the famous Banana. “That night she was dead, rolled over by a car driven by a nun.”

I MISSED Ballylongford Races for the first time in many years. A friendlier spot you could not find although I was once approached by a man who aggressively accused me of attesting that there were more Easter Lilies sold in Athea than any village of corresponding size.

The man who accosted me in Ballylongford said that this was not so.

Anyway, to press on, I never met Louis Heaphy, but I have a message for him. Frank Hall is very anxious to get in touch with him to do a few short takes about the job he loves so well.

“You can tell him,” Hall said to me when I ran into him in Ballisodare lately, “that we won’t ask him to do it for nothing.”

FINALLY, A letter from “Far from Constipated” of Kilburn in London.

“Dear John B. - Ever since you wrote about the Bruff man who spent most of the day drinking porter and returned home that evening to settle into a meal of spuds and jam, I’ve wanted to write to you. I tried it one night after a good feed of porter in Cricklewood. I ate my fill and off I goes to bed. I wasn’t in it long. Starting at twelve, I paraded all night long to the W.C., as we call it here in London. Sitting there real sick with my forehead buried in the palms of my hands and my elbow propped up by my knee, I prayed again for you John B. You can guess what sort of prayers I said this time. After all, I wanted a meal not an uncontrollable laxative.

“I don’t blame you now. After all, you were only writing about what happened, although I might have used the wrong jam. If there is a special brand, I would like to know about it.

“Did you ever try the spuds and jam yourself?”

I never did. I was never that boozed.

The late, great John B Keane was a Leader columnist for more than 30 years. This column first appeared in our edition of November 10 1973