Career of local 'White Hope' was one of epic failure 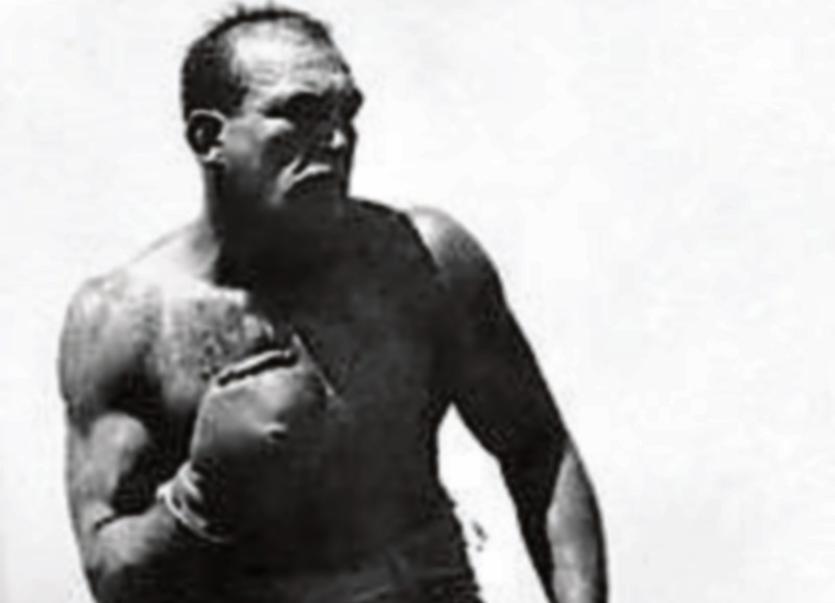 TOWARDS the evening of Listowel’s last horse fair, I had a visit from a gentleman who was once quite famous.

Dusk was descending slowly outside and only the odd irritating snort from a forsaken cob or pony broke the stillness in the street.

Still the pubs were relatively full and few showed inclination towards homegoing. The all-pervading aroma of horse dung was everywhere and indeed it was quite a few days before it disappeared altogether.

Suddenly, an altercation erupted in the bar and before you could click your fingers two men were at it hammer and tongs.

I rushed outside the counter to intervene but my journey was unnecessary. A strong man from Lenamore had already separated the protagonists and was holding one at the length of each arm.

I was astounded to see that the troublemakers were quite elderly. The fight started over a remark passed about a certain woman. The older of the two took exception and despite the fact that he must have been eighty years to say the least he drew a clout at the other.

Joe Quaid was in the bar at the time sipping a quiet glass of stout with a horse dealer from the Athea side.

Immediately the name rang a bell. I had heard my mother talk about the White Hope when we were young. Slowly it came back to me. The White Hope hailed from between Abbeyfeale and Duagh and we shall presume that his real name is Jackeen Connor.

Jackeen was a young buck working for farmers during the time Jack Johnson was heavyweight champion of the world. It was a great era for black boxers.

Jack Johnson was the first black heavyweight and so resentful and envious were the whites of America that they coaxed Jim Jeffries out of retirement so he might win back the title for the whites.

Came that eventful day, July 4, at Reno, Nevada. The year was 1910. In broiling heat, before a crowd of 20,000, Jack Johnson hammered the white man to pulp and forced equality into boxing.

In Rathkeale on the afternoon of the following day, there was a horse fair. Naturally, the main topic of conversation was the defeat of Jeffries. As night started to fall there was a row on the main street and our friend, Jackeen Connor, was the cause of it. He struck a man for no reason and felled him without difficulty.

Jackeen said later that he believed the man to be Jack Johnson.

Let us now press on a week or so. The venue is Rathkeale. The arena is the local courthouse. Jackeen Connor is in the dock.

Asked to account for his crime, he hangs his head mutely, as do all bucks when in court. He had nothing whatsoever to say for himself.

“Are you the White Hope?” asked the Justice.

Laughter from the body of the court. Jackeen was fined forty shillings and from that day forth he became known as the White Hope.

He had a grand total of 79 fights in places like Kildimo, Ballylongford, Farranfore and Buttevant. He was essentially a horse-fair fighter.

Of the 79 fights, he won only the first and this was a doubtful victory since it was later proved that his victim was blind drunk and an old age pensioner to boot. Jackeen was knocked down 78 times, not to mention all the times he had his backside kicked.

So ends the saga of a man who made boxing history in North Cork, North Kerry and West Limerick. 78 defeats out of 79 fights must surely be in line for mention in the Guinness Book of Records.

SOME MONTHS ago in this column, I suggested to publicans that the easiest way to clear a public house was to invoke the aid of the Minister for Justice.

Here now is the amended and recommend address at closing time. Stand with the hands folded in a conspicuous position and let loose with the following:

“Ladies and gentlemen, it is my painful duty to inform you that under the powers invested in me by the Minister for Justice you must now vacate these premises and proceed in an orderly fashion to your various jails and workhouses.”

If the response is poor your are not dealing with ladies and gentlemen.

AND NOW from Michael Ryan of Bawnreagh, Askeaton, who compares comments on living people to comments on the same people when they are dead.

Michael has an unusual sense of humour. Michael imagines two old women passing John B. Keane’s door one day. Here is what they have to say:

And eyebrows arched in mock surprise,

Indeed he’d win no beauty prize in Kerry long ago.

His plays are most distasteful,

He embarrassed poor Gay Byrne in the Late, Late Show.

Now we will hear what the pair have to say when the subject is dead:

His smiling eyes so merry

Were the pride of all North Kerry,

They never had his equals in old Kerry long ago.

He made Listowel famous,

His name will be remembered as long as grasses grow.

Too true, Michael. Very few, indeed, speak well of the living whereas almost everybody speaks well of the dead. The reason, of course, is that dead people cannot possibly gain from such praise. It can’t do them any good so people don’t spare the good words.

STEPHEN FRAWLEY, a native of Limerick, now resident in Holloway, London, has written a book about “The Irish Scenes of the Past,”and is waiting to have it published.

With his letter are enclosed a number of poems. Here is a random sample:

“The precious sun and the rain,

Without it what would we do?

Life would be more,

Yes, folks, we would all be through.”.

Here is another sample:

Where the tourists come and go,

So many things to see here,

So many things to show.

And the glittering lights appear,

The night has come to claim its victims,

With some music, dance and beer.

A FARMER went into a bank to borrow money to build a hay shed. After a lot of jawing, the banker asked irritably, “How much do you want?”

“How much have you?” said the farmer.

The late, great John B Keane was a Leader columnist for more than 30 years. This column first appeared in our edition of October 20 1973

It’s quiet there now. The seas have grown cold and white horses top the rolling waves. The water is green and churny yet in seven or eight months time this same water will gently caress the browning, full-breasted bodies of young lovelies from the distant cities.

What are the reasons for this? A Ballybunion lady with whom I had a drink recently explained in detail.

Most important of all there were extra Gardai on duty. This, she maintains, was the vital factor. Secondly, the bad weather of the August weekend kept the really bad rowdies away. The rowdies who did visit the place found themselves without accomplished ringleaders.