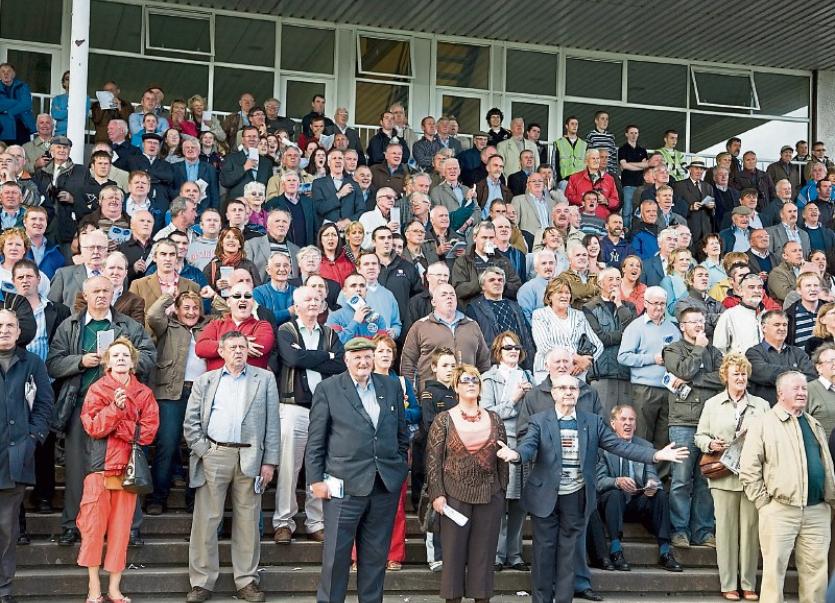 Our Good Samaritan honestly returned money accidentally given him at a shop, but enjoyed no luck at the races

I WAS UP the west coast last week and in the town of Ballisodare too in the County Sligo. As I was coming out of a public house in the company of a friend I was approached by an old lady who told me that she hailed originally from Askeaton but was then in the process of spending her fiftieth year in Ballisodare.

“You wrote lately,” she said to me, “about the woman on her honeymoon who wore the night dress made from the Sunrise floor bags. I saw it in the Leader and the first thing it reminded me of was the Pride of the West.”

An explanation was called for and she told me that she was once upon a time married to a man who was nicknamed the Pride of the West. Three years previously, he had succumbed to a winter ’flu and is now, we all hope, the pride of heaven.

It appears that when he was a young man in Ballisodare the times were anything but good, and there was only one good suit of clothes between himself and his two brothers.

He had, however, a great mother, a pure genius at putting patches on trousers and so skilled at her trade that the patches soon took over from the original material of the trousers.

Anyway, to make a long story short, the year 1932 came around and Dublin was the venue of the great Eucharistic Congress.

Many is the special train that pulled out from Sligo for Dublin on that memorable occasion and seated aboard one of these was none other than our friend from Ballisodare.

His brother wore the good suit, and he himself wore a lovely white báinín and his father’s second best trousers with a large patch on the seat of it, cut from a flour bag which originally contained Pride of the West flour.

All was well while the train passed through the westlands for they were well used to such patches there. When he arrived in Dublin it was a different matter.

When he alighted from the train he set off walking towards the city centre. Soon he discovered that he was being followed by a large crowd. He could not know that the patch was the cause, for it sported in large red print the words “Pride of the West”.

It is a known fact that city people are far more gullible than their country brothers, and the reason so many followed him was in the expectation of a fight.

If, they thought, this man goes around advertising himself as the Pride of the West, sooner or later he must be challenged by the prides of the north, south and east.

For the length of the day they followed, and when he went into a restaurant they waited patiently for him to finish his meal. The hours went by and eventually it came to train time.

Our friend headed for the station followed now by a huge crowd. From time to time they would point at the patch on his pants and shake their heads in admiration at such a display of courage.

He was far from being a big man. In fact, he looked mediocre and somewhat deficient in the points one would expect to see in a fighting man.

When he boarded the train they applauded him loudly and they guessed that he was given a wide berth by the better-built fighting men of the country.

The fact was that he had never lifted his hand to anybody in his life. Yet to this day the legend of the Pride of the West lingers on in Dublin and old pensioners, who remember his visit to the metropolis, like to tell their grandchildren of the nondescript, harmless-looking fellow who terrorised the city of Dublin and went home unbeaten to his own beloved Sligo.

Now from an astonishing letter from Mister X of Nicker, Pallasgreen.

“Dear John B. Keane, wait till you read this one. On my way to Listowel Races on Thursday, the last day, I decided to invest in a packet of Henri Wintermans Cape Cromes and a bottle of lemonade.

“I called to Askeaton to a nice contemporary type bar, got my messages and left. I decided to try a cigar and opened the box to find a roll of notes and silver.

“I turned the car around at once in case temptation became too strong. Left it on counter to lady. Casey’s is name of pub. There was twenty-six pounds in the box she informed me. She kindly gave me my own box and another by way of saying thank you. It was the children of the house who put the money in the box.

“Incidentally, that was the end of my luck. In five races, I lost four. If you decide to use the above story, which is the whole truth, please do not mention my name.”

On my way back from the west, my friend and I decided to stop in Oranmore and sample some of the famous oysters of the area. We threw back a few dozen and were closely watched by an oldish, grey-haired countryman.

“Do you ever chance ‘em?” I asked him civilly.

“I wouldn’t insult my gullet with them things,” he said.

“They sez they’re good for taspy,” said a long, rangy man who stood with a glass of stout in his hand.

“Not at all,” said another with a black overcoat and a hat, “your bacon and cabbage and your long spud, them is the lads for the taspy.”

By long spuds he meant Golden Wonders. We spoke for a while about the price of oysters and the fierce meas that some folk have on them.

“I seen a picture star eating four dozen of ‘em,” said the rangy man, “and she was as drunk before as she was after, so what’s the good then?” We spoke about the youth of the day, as is the custom with all oul’ middle-aged gasbags down through the ages since the first gorsoon contradicted his father.

“Tis in the rearin’ of ’em,” said the rangy man. “The women won’t stay at home and mind ’em any more. Signs by they don’t know what the young wans is up to.”

We started to tell stories then and the man with the black coat and the hat said, “I’ll give you wan for the papers.” So he did.

There was this family of Clare crows about to go out into the world. The father, of course, was in town, like many another father with no wings, so it was the mother who called them all around her to give them a few pieces of advice.

“When ye see a farmer ploughing,” said she, “put on the napkins and eat yeer worms. Eat enough and no more and conduct yeerselves. If the farmer bends down, that means he’s looking for a stone to throw at ye. Fly off and come back when his back is turned.

“Suppose,” asked the youngest crow of all, a young hen with a cute little face, “suppose the farmer has a stone in his pocket?”

“You can fly on,” said the mother, “your education is complete.”

The late, great John B Keane was a Leader columnist for more than 30 years. This column first appeared in our edition of October 13 1973

“I was born in Ballinvirick, County Limerick, in 1902, and left with my family for the United States in 1906.

“My father, James Keane, died shortly after arriving here and left my mother with six children. My father’s home was in Cappagh and, after marriage, our home was at Gainey’s Cross.

“She settled here because the Gleasons from Ballingarry had been living in Schenectady for some time.

“Incidentally, Scotia is across the Mohawk River from Schenectady. The last of the Keanes (my uncle Tom) died in Cappagh during World War I.”

So much for John Keane and the disappearance of so many other Irish families through emigration, that awful haemorrhage now at last nearly stanched by those twin styptics, common sense and technical know-how.