John B Keane: Chew then chuck - dentures can now be disposable 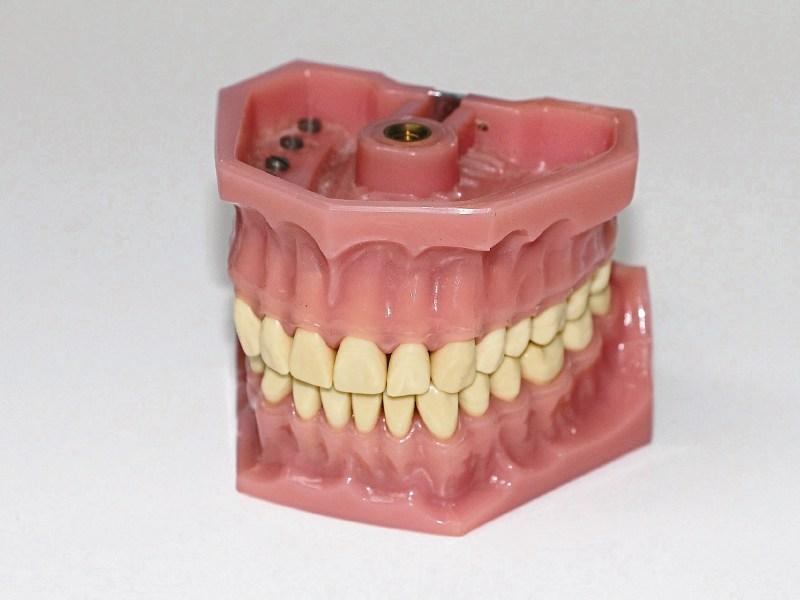 Disposable dentures the way to go?

OVER THE years in this column I have written pretty extensively on the subject of false teeth.

We have seen how dentures can be lost by bathing, boxing and other indoor activities.

We discussed at length the hiring out of false teeth for wedding parties, honeymoons, etc., etc. I think it could be said that we gave value for money by and large.

Deep, however, as we delved into this fascinating subject, I did not cover it as roundly and fully as I had thought. For instance, I never heard of disposable false teeth, which can be bought in America as easily as rubber women.

After a good meal, the set or sets can be thrown away and another mouthful bought for as little as a dollar.

These teeth are made from scrap plastic and the only disadvantage is that they are good only for one meal. Still, a man who loses or breaks his dentures would be only too glad to avail himself of a pair.

Better still, if one wanted to preserve them solely for the sake of appearance, one need not wear them at all during meals.

This is quite a common practice in this part of the world, particularly in that area between Ballylongford and Kildimo but including Listowel and Abbeyfeale on the way.

I see it all the time. Only about a fortnight ago while I was supervising the delivery of a lorry-load of turf to my mother I saw a classic example.

When the turf was emptied into the shed we repaired indoors for a bite to eat. We sat down to the table and the man who was the chief assistant to the lorry driver politely took out his upper set of false teeth and placed them reverently on his lap.

He them made the sign of the cross on his forehead and fell to.

When the meal was over he rinsed out his mouth with tap water and replaced the teeth.

I do not know what effect ordinary tap water has on false teeth but I am prepared to lay odds that Listowel’s tap water would corrode and melt them in no time at all.

HAVING MENTIONED rubber women, I am now at liberty to disclose that a certain Listowel draper has a limited number for sale.

They are second-hand and come from America. They are made from synthetic rubber and are life-size. The price, unfortunately, is rather high.

The ones I saw were quite attractive when fully blown up. There were two kinds. One is the dead spit of a certain American film star who passed on to her eternal reward about seven years ago.

The other resembles a living star and is most lifelike in appearance. The price is forty pounds for the better quality ones and thirty for those which saw more usage.

My informant told me that the life of a rubber woman depends on the length of the nails of the man who owns her. Long or pointed nails puncture the skin and at once renders the model useless.

One of the models I saw had fourteen fairly large patches on her rear and was selling for twenty pounds, but I was told she would make no battle and was definitely not worth the money.

As we inspected the models the man who was in my company, a bachelor by trade, wanted to know if it would be illegal to purchase one.

We couldn’t answer him so that night I asked an experienced member of the Garda Siochana who is a friend of mine.

“I know of no law against it,” said he, “but don’t you know that your cute solicitor will find something under a subsection.

Personally speaking,” he went on, “I would say that it is against the law. I suspect that a licence would be needed to prove ownership.”

At this stage, we were joined by a sergeant who had been drafted into Listowel from a nearby village for the duration of race week.

“There’s a man,” said the guard, “who won’t be long telling you whether it’s legal or not.”

The sergeant asked to be filled in, and as we spoke he pursed his lips and seemed to be giving the matter his full attention.

We then waited while he deliberated. He took off his cap, looked into it and put it back on his head once again.

“I’ll tell you the legal position,” he said.

“Since she is made of rubber like you tell me, it would be illegal to use her if she was flat or bald.”

With that he bade us goodnight and walked slowly down the street to join a colleague at a distant corner.

IRISH BLESSINGS are as colourful and plentiful as one could wish for and from time to time we have reeled off dozens of same in these columns.

The most recent I heard was in Abbeyfeale when I stopped off for a drink on my way home from Limerick.

I stopped at that hostelry so beloved of the late Brendan Behan, J.J. Joy’s, and there I met a man I hadn’t seen in years.

We had a few drinks and discussed a number of topics. Inevitably, we had to say goodbye.

As I left, he followed me to the door and placed his hand on my shoulder.

“Safe journey now,” says he, “and may your goat never dread the puck.”

NOW FOR a tale heard during Wrenboys’ Night in Listowel. A very tired man was cycling to Adare.

About seven miles from the village he dismounted from his bicycle and asked a passing farmer how many miles it would be before he reached Adare.

“Yes,” said the cyclist, “but how far would it be if the crow was cycling?”

READERS WILL fondly remember Joe Quaid, author of the book “Quaid’s County,” and the same Joe Quaid who was once reported dead and who received eighteen Mass cards as a result.

Well, I met Joe recently and he told me that there are still people who will not believe he is alive.

There is an old woman who lives near him who makes the sign of the cross whenever he meets her on the road but the best of all is the story of the publican’s wife in Abbeyfeale.

One morning lately, Joe had some business in the border town, and when it was concluded he went into the handiest public house for a drop of whiskey.

There was a woman behind the counter. She grew suddenly pale when she saw who she had.

“Give us a half one there, missus,” said Joe, politely.

The late, great John B Keane was a Leader columnist for more than 30 years. This column first appeared in our edition of October 6 1973

A TALE NOW from Patrick Ahern, that extraordinary man from Glensharrold in lovely Carraigkerry. Patrick is Ireland’s greatest matchmaker and has now almost a hundred successes to his credit.

Recently, Patrick sold a Kerry cow. She was aged nineteen years. He bought her sixteen years ago as a three-year-old for the modest sum of forty-five pounds. She had twenty-three calves, two every second year, on in January and the second in December.

A week ago he sold her for fifty-two pounds. After she was gone he sat down and wrote a verse about her. I wonder how many farmers write verses about cattle they sell? Quite a few, I’m sure.

Where are you going, my Kerry cow,

And why start out so early?

My heart is full, my dug is dry,

The milkman sings no longer,