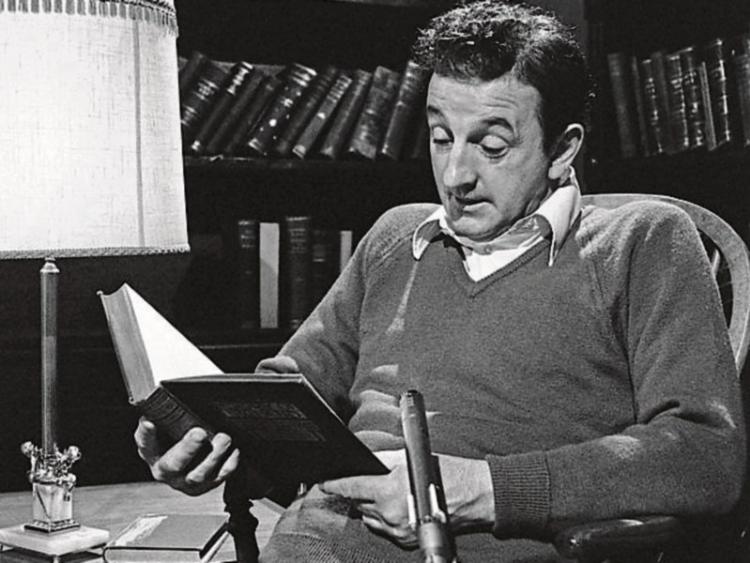 On these premises of mine throughout the days and nights of wintertime the conversation takes strange turns and it’s just as well that it does for if it didn’t I would be left high and dry without a tale to tell or a comment to make.

Sometimes the most unpromising comment thrown out by the most unlikely individual very often turns out to be seed for the fires of prolonged and fiery debate. It all depends on the way it’s nurtured.

I regard these comments as I do sweepstake tickets. Unless you invest in one you cannot win. That is why I follow seemingly irreclaim-able statements to the very utmost. Not all pay dividends but it’s worth coursing the lot of them for the occasional one that does and so it was one night last week that a careless remark paid remarkable returns.

There entered a man from the hail and the storm who addressed himself to the young lady behind the counter.

“Give us out a hot half one,” he said in the unmistakable accents of the Kerry/Limerick border.

When his order was dispensed he surveyed the contents of his glass and shook his head before imbibing the first nourishing trickle.

“I’m after leaving the supermarket,” he told us. “I thought the wife would never stop buying.”

Commonplace as could be, this. It might be made by any husband and father.

“You can be drawing a pint there missie!” He shook the whiskey, cloves and sliced lemon around in his glass and threw back a mouthful of the swirling nutrition.

“What do you think of supermarkets?” I posed the question, carelessly enough.

Before the newcomer had a chance to reply a small bespectacled man with a thin nose and a thinner voice made answer. “They should be burned to the ground,” he said.

“I fed and clothed half the population of my townland out of one small shop through thick and thin and along came a supermarket and wiped me out like I was chalk on a slate.

“I loaned them the money for the Confirmation suits and dresses and if one of the hoors needed bailing out of the guards’ barracks ‘twas me done the bailing.

“Surely,” said the man from the border country, “tis your customers you should be blaming and not the supermarket.” All this truthful observation succeeded in doing was to elicit a noncommittal grunt from the complainant. Although somewhat dismis-sive it was nevertheless a grunt which contained elements of agreement.

“How wise the oul’ people were,” said the man from the border country, “when they told us that eaten bread is soon forgotten and how true it is to say that the more turns you do a neighbour the deeper he’ll plunge the knife in your back.”

There was numerous nods of approval at this and even the elements of nature, through a medium of a passing shower of hailstones, registered approval on the windowpanes.

“What do you make of it all?” I asked a small farmer from the distant hill country. I knew him to be a man who had endured the want and privation of the terrible thirties, who had seen more dinner times than dinners and whose introduction to fresh meat was delayed until he temporarily emigrated to more sustaining climes.

“One thing is sure today,” said he stoically, “that was never sure before.”

“It is,” he said solemnly, “that any man with the price of it can have the finest of meat today or tomorrow and be beholden to no man.”

“But wasn’t it always the case,” I suggested, “that the man with the money in his hand got the best that was there in the line of meat?”

“No more nor a crow,” he said indignantly, “was it always the case for I well recall one day I ask for liver in a shop in a certain town not too far from here and after asking I was scolded by the butcher's wife.

“I had the price of the liver in my hand and I wanted it for my daughter who was dying from TB and because she fancied a bit of liver I tried to get a taste of it for her.

“Oh you can’t have that my man,” said the butcher’s wife with a fierce accent, “that’s the canon’s liver.”

“I had to fall back on the usual. I knew there was no use asking for a bit of sirloin or fillet because that was always kept for the nuns or for the doctor or the school master. My money was no good. I can buy quality meat now at the supermarket. I can walk up and select the finest of liver or the tenderest steak and it’s first come, first served. Every man is the same in a supermarket. There is no doffing hats to canons or doctors and no hiding of liver or brittle meat.”

“And didn’t you ever buy any quality meat?” I asked, knowing that he had a lot more to say.

“No,” he replied bluntly. “I never did and if I did it was purely by accident. I’d go into a butcher's shop in town after selling a horserail of turf and the best I could hope for was a bit of boiling beef or a few chops rejected by the townies. I might get a bit of round now and again if it wasn’t all sold for greyhounds. Very often I went home with a bag of blubber after forking out good money.”

Hums of approval from those within earshot. Sage nodding of heads from others whose faces suggested they too had been victimised in their time.

“There was one butcher in particular,” said one small farmer, “and whenever I went into him for a bit of meat he used to leave the shop and go in the back somewhere to see would he find meat he couldn’t sell to anyone else. The other shops would be shut and I had to carry home a fork of meat for the missus and children.”

“What did this meat taste like?” I asked. “Like plaster of Paris,” he replied. “It was countryman’s meat. They daren’t sell it to anyone else. It was reserved specially for my equals. It was pure blubber and nothing else and you’d want teeth like a shark to grind it. I must tell the truth and say that it made good broth if you held boiling it for a few days but no way could it be chewed.

“We had a dog would eat anything but he couldn’t eat that meat. I’m telling you man it was pure blubber. There were good butchers and there were bad butchers but I say more luck to the supermarkets.”

At this stage he stood up in high indignation and spoke out fiercely like a man who had been wronged all the days of his life and had at last been presented with a forum to redress those wrongs.

“Where is the big nobs now? Where is the priests and nuns and school-masters and doctors and engineers and the ranchers? They must line up now like any other man and take their pick from what’s laid under the glass where everyone can see the sort of meat that’s available. They must fork out cash on the line. There is no tick and there is no favourites plenty liver and every slice of it without a trace of fluke.”

He sat down suddenly as though ashamed of himself. The debate was over. Every submission has been made. A chance remark had highlighted ancient grievances. Wrongs were righted and all men were proved equal. Not a bad evening’s work.

The late, great John B Keane was a Leader columnist for more than 30 years. This column first appeared in our edition of January 1, 1983