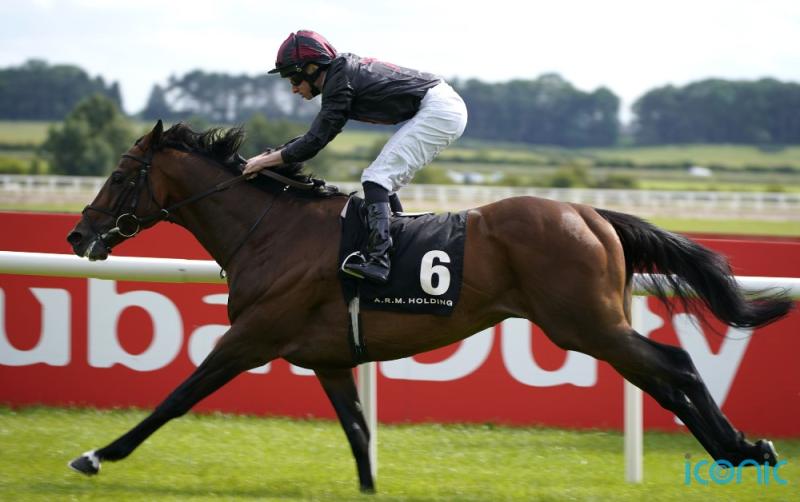 Aidan O’Brien was left wondering if he ran the wrong horse in the Irish Derby after watching Aikhal bolt up in the ARM Holding International Stakes at the Curragh.

Stone last in the St James’s Palace Stakes at Royal Ascot, he took a huge step forward for going up in trip to 10 furlongs, turning the Group Three into a procession.

Despite finishing close up in Group One company at two, he was sent off at 20-1 but in the hands of Ryan Moore, he bounded four and a quarter-lengths clear of Duke De Sessa.

“We thought this was a very good horse last year, but he got a hold up in the spring and he went to the St James’s Palace without a run, which is certainly not ideal. It was a slow pace and then they quickened and left him,” said O’Brien.

“Ryan said maybe we ran the wrong horse in the Derby when he got off him (Tuesday finished fourth in the Classic). Ryan said they went a strong gallop and he couldn’t believe how well he was going and he ran right through the line.”

The race was run at a ferocious gallop thanks to Measure Of Magic who had the field well strung out at halfway but Colin Keane appeared to have things covered on Power Under Me.

It initially seemed that his main danger was going to be Prisoner’s Dilemma and those two got involved in a tussle, but Lee had all the while been creeping closer on Ken Condon’s filly.

A smart juvenile, she had finished second in the corresponding Listed 12 race 12 months ago and had been well backed into 4-1 to go one better.

She ended up getting there by half a length from Prisoner’s Dilemma, with the same back to Power Under Me.

“I took a chance and took my time as they went fast. They came back to me and I was able to sit longer than I usually do,” said Lee.

“She had been running well in Listed races and one of them was going to fall her away eventually.”

Jim Bolger’s Irish Guineas fourth Wexford Native (18-5) came out on top in a thrilling battle with The Acropolis to win the Dubai Duty Free Celebration Stakes.

Unplaced in the St James’s Palace, he was back out again quickly and was handy under Kevin Manning.

Headed inside the final furlong by The Acropolis, he battled back gamely to win by a neck.

“He’s been a work in progress and didn’t run until he was three, so we are trying to make up for lost time,” said Bolger.

“We’ll be stepping him up now to probably 10 furlongs and hopefully he’ll progress.

“I bought the dam (Yes Oh Yes) in America many moons ago. She’s bred a few winners but nothing of his class and hopefully we will be able to build a pedigree from here.”

Joseph O’Brien’s Night Of Romance is clearly thriving and followed up a win at Gowran last time out by taking the Dubai Duty Free Summer Fillies Handicap off a 9lb higher mark.

“She’s improving and the step up to seven furlongs has probably been the key to her. She has taken her form to a new level and she hit the line well,” said the trainer.

“Dylan (Brown McMonagle) gave her a good ride and had her in a great position from a wide draw.

“We’ll see what the handicapper does and we will probably be forced into black type now, but I’m very happy with her.