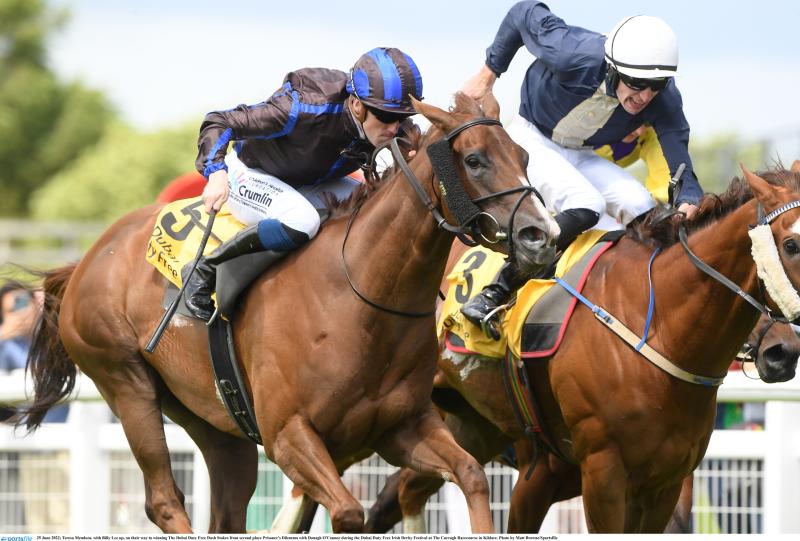 Teresa Mendoza, with Billy Lee up, on their way to winning The Dubai Duty Free Dash Stakes from second place Prisoner's Dilemma with Donagh O'Connor at The Curragh Racecourse, Photo by Matt Browne

The first race of the day was listed race action with Dubai Duty Free Dash Stakes and it was 4-1 shot Teresa Mendoza who was first past the post in this one in a thrilling battle right to the line with Prisoner's Dilemma. But it was Ken Condon's horse ridden by Billy Lee who got the first victoryof the day at the Curragh.

Next up was Dubai Duty Free Summer Fillies Handicap and it was a winning combination from day one that came up trumps again as the pairing of Joseph O'Brien and Dylan Browne McMonagle got another Derby weekend win under their belt with Night of Romance. The four-year old started quickly and had enough pace to beat the field across the seven furlongs.

The next race on the card was another listed race with the Dubai Duty Free Celebration Stakes and it was Jim Bolger and Kevin Manning who combined to win this one with Wexford Native. Wexford Native joined leaders on the outer as the horses entered the final furlong and kept on well to lead (and win) in the final strides.