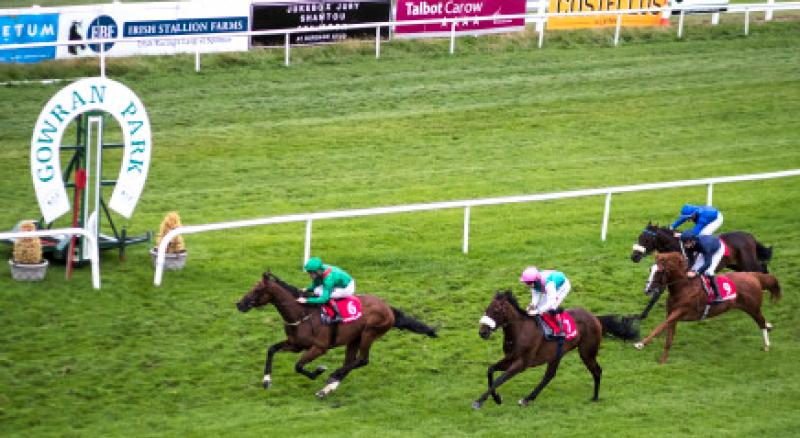 Gowran Park stages an eight-race Flat card on Wednesday, May 11

GOWRAN Park hosts an eight-race flat card on this Wednesday afternoon, with the first race at 1.35pm and the final race at 5.25pm.

It would be easy to ignore an 11-race Maiden in the one-mile Irish Stallion Farms EBF Fillies Handicap, at 3.15pm, but You Owe Me Money ran better than ever on her seasonal reappearance at the Curragh and any performance resembling that big-field third would put her firmly in the mix for shedding her tag.

Needle Lace won over a mile at Limerick a fortnight ago and is hard to make excuses for here, reverting to handicaps following the Limerick runner-up placing in a Premier Handicap. New York Angel is another one to keep an eye on in this contest.

Miss Mirabell is favourite for the one-mile 2.40pm Irish Stallions EBF Fillies & Mares Maiden, following a promising finish to a slow start over course and distance on debut and an improvement from the stalls would all but seal this for Johnny Murtagh and Ben Coen’s relative of US Group One winner Armorama.

It would be foolish to ignore Aidan O’Brien’s debutant by Galileo, particularly in this company, despite the early money not giving too much away. Shamiyana, daughter to Sea The Stars has been on the premises at two and three years old and sooner or later has to get her head in front.

The 1.35pm, seven-furlong Irish Stallion Farms EBF Median Auction Maiden and Warren Beach looks to be the standout horse on ratings. Aga Khan’s Dabana ran well on debut, but has disappointed in the last couple of appearances. On best form, Dermot Weld’s three-year-old filly has every chance in what looks like a weak race. Amanirenas could be the one to improve.

The going is good, with a mainly dry forecast - find all the latest betting at SBK Sportsbook. LINK: http://https//getsbk.com/uk/