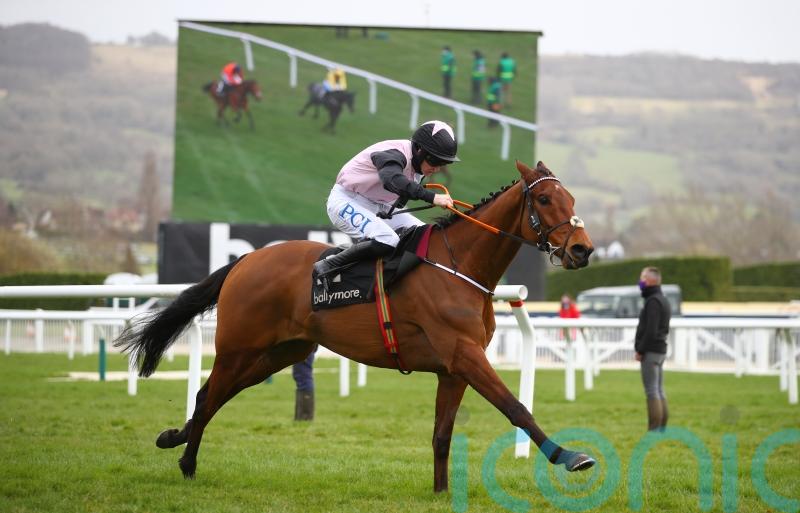 Bob Olinger made it two wins in as many starts over fences when running out a cosy winner of the Kildare Novice Chase at Punchestown.

The seven-year-old, a dual Grade One hurdles victor last term, had triumphed on his chasing bow at Gowran in November although his jumping was not faultless on that occasion.

However, he turned in a more assured round of fencing in this Grade Three, with Rachael Blackmore content to maintain a watching brief in the early stages as Lifetime Ambition and Capodanno set the early gallop.

With three fences down the back straight omitted due to the sun, it was a long run to the third-last with Bob Olinger clearly travelling well for Blackmore.

However, she had to start pushing on the 1-2 favourite turning in, but once Bob Olinger found top gear he swiftly put the race to bed, clearing the last in fine style before coming home four and three-quarter lengths ahead of the game Capodanno. Gaillard Du Mesnil plugged on for third, beaten a further 27 lengths.

Bob Olinger is now the evens favourite for the Turners Novices’ Chase at Cheltenham with both Coral and Paddy Power.