Willie Mullins to unleash superstars at Leopardstown over next few days 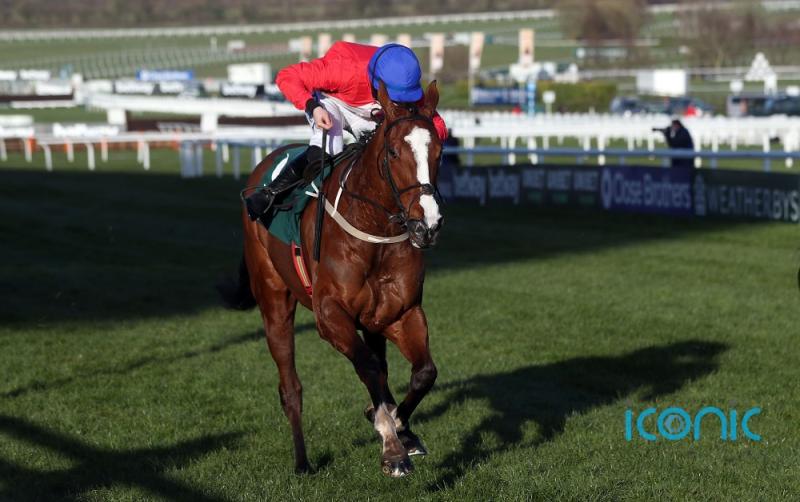 Willie Mullins to unleash superstars at Leopardstown over next few days

Sir Gerhard, Ferny Hollow and Chacun Pour Soi are all among Willie Mullins’ squad for the first two days of Leopardstown’s Christmas Festival.

The Champion Bumper winner Sir Gerhard will be making his debut over obstacles in the Thorntons Recycling Maiden Hurdle in a 20-runner field on Sunday.

Mullins also runs an interesting contender in Goven, twice a winner on the Flat in France before being bought by JP McManus.

Another Champion Bumper winner, he only had one run over hurdles – when beating Bob Olinger – before injury curtailed his season, but he began this campaign with a win over fences.

“He hasn’t got great racing experience, so Patrick (Mullins) was delighted he did get hustled and bustled in the race last time,” said Mullins.

Ferny Hollow is one of six but he will face a stern test from Gordon Elliott’s mare Riviere D’etel.

As a four-year-old, she gets plenty of allowances and has won all three of her outings over fences to date.

Elliott’s pair of Fil Dor and Britzka look the two to beat in the Knight Frank Juvenile Hurdle, in which seven have been declared.

On the same afternoon at Limerick, eight have been declared for the Grade One Boylesports Faugheen Novice Chase.

Gavin Cromwell has both Gabynako and Vanillier in the two-and-a-half-mile contest, in which Elliott runs Farouk D’alene.

Both, however, are on something of a retrieval mission.

Chacun Pour Soi, winner of the race last year, was a red-hot favourite for the Tingle Creek Chase but blotted his copybook with an uncharacteristic display of poor jumping.

Mullins feels he may have had something of an excuse, though.

“He seems fine, the only thing we could find after Sandown was that he took the chestnut off his hock, which I call their fifth toe,” he said.

“It’s a bit like a runner taking a toenail off in a race, I’d say. We don’t know when it happened but obviously it happened before the fourth, I’d say.

“He didn’t jump going down the back, where I thought he’d take a length out of everything at every fence.”

Envoi Allen could finish only sixth in the John Durkan and drops down to two miles for the first time since winning the Royal Bond as a novice hurdler.

In the Paddy Power Future Champions Novice Hurdle, Largy Debut, who comfortably accounted for Kilcruit at Cork, takes on the Elliott pair of Mighty Potter and Three Stripe Life.

The field is completed by three Mullins-trained runners, Arctic Warrior, Farout and Grangee.