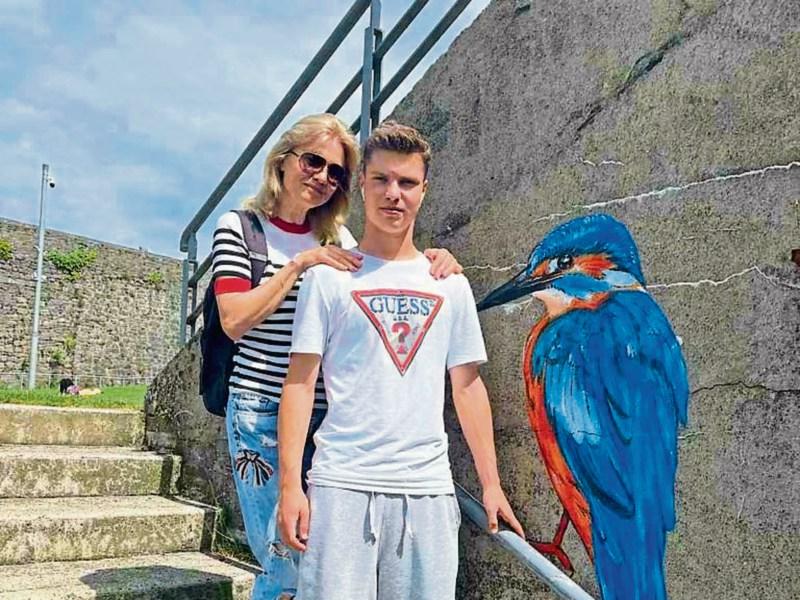 Igor Vaslenko pictured with his mother

A YOUNG Ukrainian soccer player is pleading to find accommodation in Limerick to continue playing for Treaty FC.

Igor Vaslenko came to Ireland from Odessa in Ukraine just three months ago to flee the hostilities of war.

Upon arrival Igor tried out for a number of soccer teams before eventually settling at Treaty FC where he now plays for the U19’s team but his family have now been moved to Kilkee making it impossible for him to continue playing for the club.

“I have been playing football since I was seven. My first coach Alexander introduced me to football. He tragically died from shelling during the war in Ukraine,” Igor said.

Igor left Ukraine in the early days of the war as his local airport was bombed and had fears the railway would be destroyed next, leaving him stranded.

Green light given for refurbishment works at Limerick primary school

He travelled to his friend’s house in Italy and it was there that Igor joined Swiss football club Chiasso whilst also continuing his studies online at his university back home in Odessa.

“I flew to Ireland in June as my mother and sister were already here along with my father Liudmyla. I like it here,” Igor said.

Igor’s father Liudmyla says it was always a dream for his son to play for a European club.

“When we first arrived in Limerick I took him to Cork to see Cork City FC play Stoke City FC. After the game we spoke to the coach of the youth team and Igor was invited to a practice session the next day,” Liudmyla said.

“Unfortunately after the training session there were no buses back to Limerick so he couldn’t continue playing for Cork but they put him in touch with Treaty FC and he began playing for the U19’s team,” Liudmyla added.

Now that Igor and his family have been moved to Kilkee they find themselves in the same situation when he was playing for Cork.

“I hope I can find accommodation in Limerick so I can continue my time at Treaty FC. I am also very grateful to all the people of Ireland for such support and attention,” Igor said.