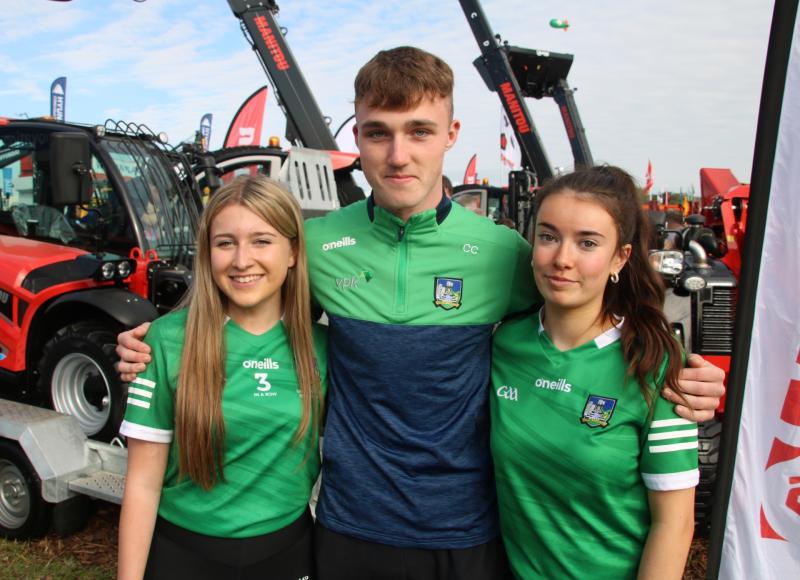 OVER 300,000 people are descending on a farm in County Laois this week for the biggest outdoor event in Europe.

The National Ploughing Championships has returned to Ratheniska after a two-year break and the punters are rearing for road.

There was a large Limerick representation at the event on day one from the worlds of agriculture, education, engineering and even fashion.

Limerick Live spoke to many people who had made the journey up the M7 this Tuesday, and the general feeling was one of delight to be back.

Attendees, young and old, were enjoying everything the championships has to offer.

One noticeable sight at this year's event was the amount of young people trekking around the site, some just there for the fun but others taking an interest in what was on display.

In Pictures: 20 photos from Day 1 of the National Ploughing Championships

Students from many Limerick schools were spotted checking out the stalls, entertainment, food options and much more.

As well as young people making their first trip to the Ploughing, there were also veterans of the event including Broadford man Mike Kelly who went to his first championships back in the 1930s.

“This is my 50th time at the Ploughing. It is great to be back, it is always a great day out. It would take a week to see everything” said Mike.

The 87 year-old said he was looking forward to seeing some of the milking machines and had begrudgingly agreed to go and see some style on show.

Adare's Samco Agricultural Manufacturing were one of the companies right at the heart of the event.

Robert Shine, Managing Director of the company said it was great to represent Limerick at the national showcase.

Another Limerick man, Richard Downes from Pallaskenry said it was good to be back after a two-year absence.

“There is a great turnout today which is great to see and the good weather helps and the traffic getting in this morning was grand as well.

“I have been coming here for years, it is always a great day out. There are a lot of youngsters here from colleges and schools, there is something here for everyone”.

As well as the usual livestock, machinery and equipment stalls, there were arts and crafts, charity talks, cookery demonstrations and even a welly throwing competition!

For the crowds who weren't as interested in the usual offerings, there were also carnival games and funfair rides to keep them entertained.

As well as the national championships, this year's three-day event also features international competitors for the World Ploughing Championships.

Natives of Canada, Switzerland and America travelled to the Laois venue for the competition where they took part in categories such as reversible, horse ploughing and conventional.