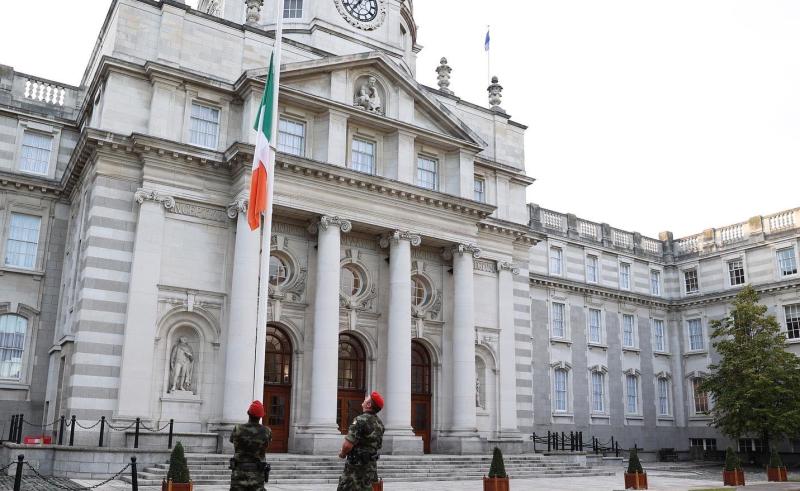 A NUMBER of Limerick councillors have expressed their opposition to the lowering of the tricolour following the death of Queen Elizabeth II last week.

The Taoiseach is also being urged to "rethink his loyalty and respect to the Irish flag" after it was lowered to half mast at City Hall, Merchant's Quay in Limerick city, without giving local elected representatives a say.

Councillor Emmett O Brien told his colleagues at a meeting of the Adare/Rathkeale Municipal District that the national flag represents everything that is dear to this country, and must be protected.

"If the Taoiseach and Tánaiste wish to do it themselves, more power to them, but elected representatives should have a say. I have a lot of concern over this," the independent councillor stated.

The Irish flag has been lowered to half mast at Government Buildings this evening to mark the death of HM Queen Elizabeth.

He acknowledged his admiration for the duty that Queen Elizabeth II gave to her country, but remarked that lowering the Irish tricolour to half mast was "not appropriate."

He proposed speaking to the Mayor of Limerick city and county, Cllr Francis Foley, who is due to meet with Taoiseach Micheál Martin in Limerick later this week.

Cllr O'Brien's proposal, which wasn't on the set agenda for the monthly meeting, was seconded by Cllr Bridie Collins (FF).

Cllr Kevin Sheahan (FF), described the decision of his party leader to pay respects in such as manner as being "careless with the flag" and reminded those present of the 800 years of oppression imposed by the British Monarchy in Ireland.

"Amendments to this practice must be made," he stated, stressing that the Taoiseach must "rethink his loyalty and respect for the flag."

He added: "The flag means a lot to me. Emmet's motion should get heartfelt support. Funeral arrangements are their business. We are a Republic after all."