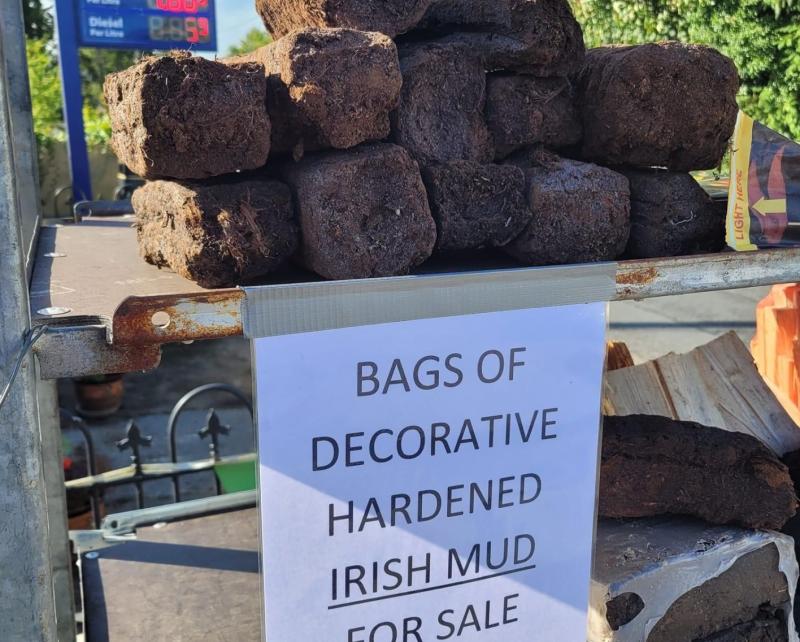 THE owner of a service station in County Limerick has come up with a tongue-in-cheek way to promote the selling of turf.

“Bags of decorative hardened Irish mud for sale. Ornamental use only - not to be burned in fire,” read the sign attached to McNulty’s Fuels’ turf trolley outside the shop in Hospital village.

Eric McNulty, the owner of the service station said he made the sign as a fun-but-serious way to highlight the struggles he faces as a business owner who mainly sells fossil fuels as the Government plans on banning the sale of turf from October 1. 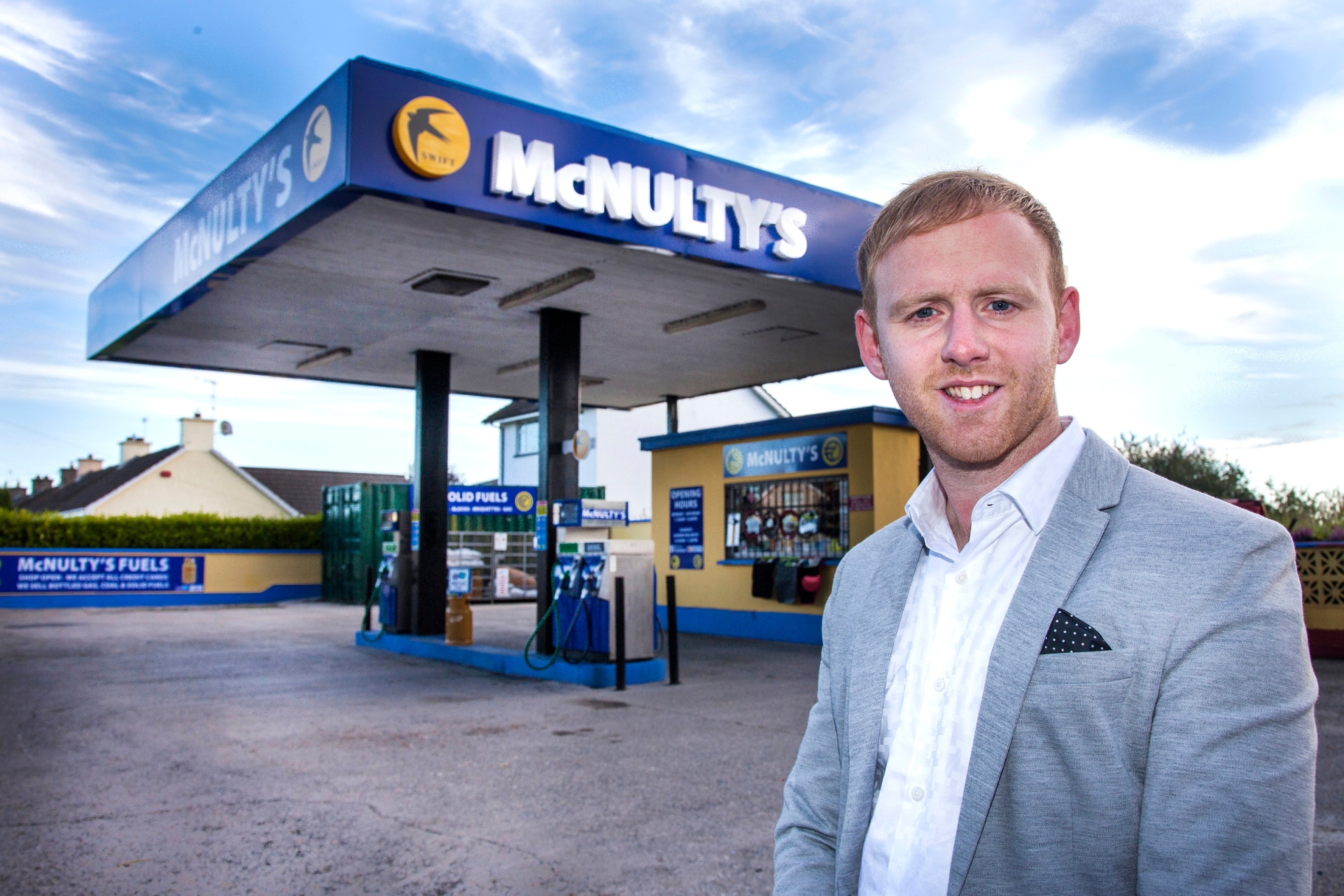 [Eric McNulty pictured above outside his petrol station in Hospital]

“Everything I have the government is trying to ban so they’re not doing me any favours at the moment,” Eric said.

Eric’s qualifications are in renewable energy and he previously worked in that field in the UK for a time before moving home to Ireland.

“There were no jobs in my field when I came home. The government are trying to push renewable energy but there’s been nothing done for the last ten years to make it a viable option for people,” Eric added.

“It’s a bit of an unorthodox thing for a man with my qualifications to own a petrol station but I had to go in the complete opposite direction in this country to make a living.” 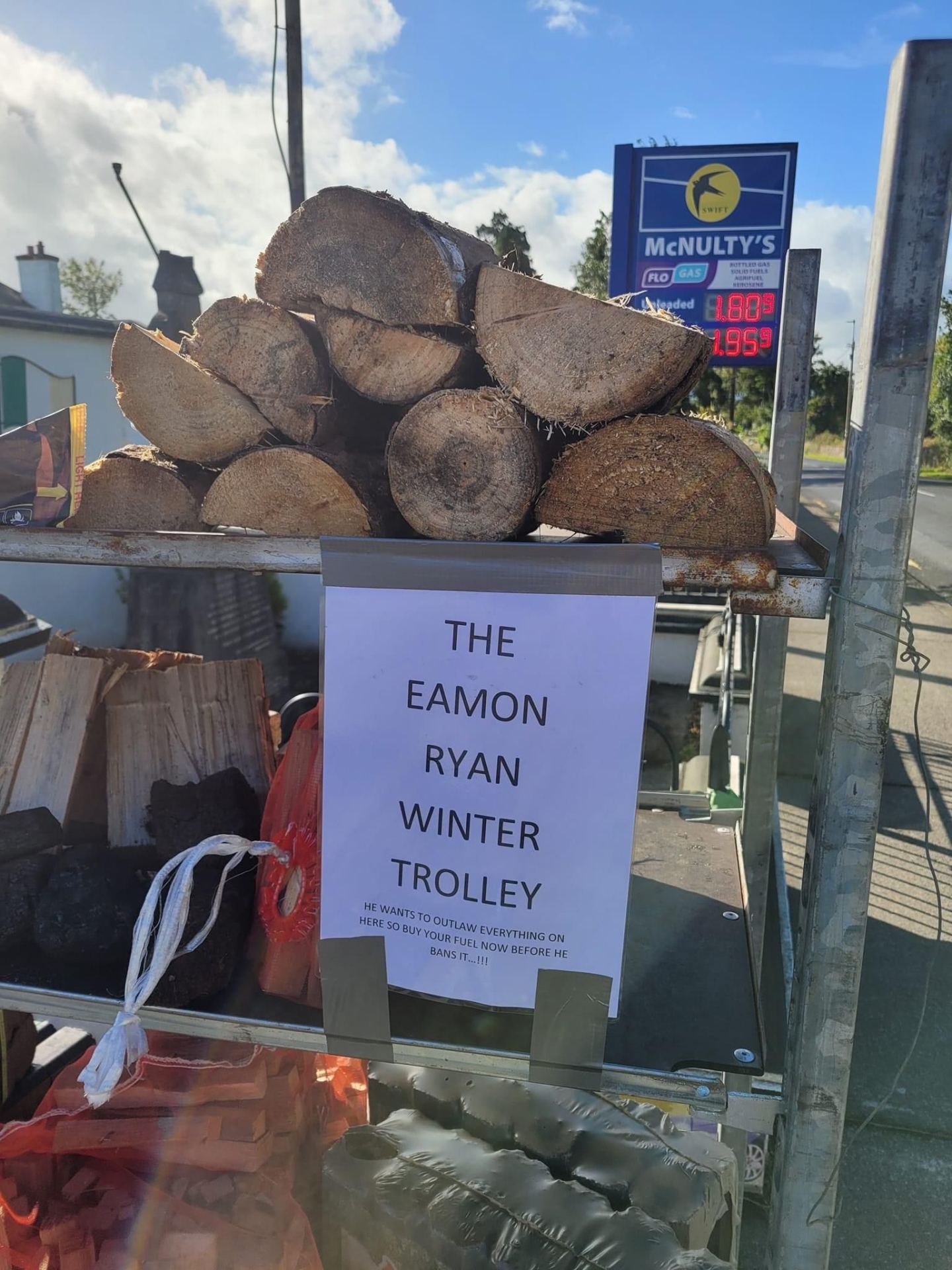 Amidst the current energy crisis Eric believes that the government’s initiatives to ban fossil fuels is counterproductive.

“They're banning smoky coal and the price of smokeless is at an all time high because of it and we’re now being pushed towards electric cars in a rural area where there is no infrastructure in place for it,” Eric said adding that reaction to the sign has been mostly positive.

“It's gotten over 13,000 likes online which is incredible. To be honest, I was expecting backlash but most people so far have been supportive and are finding the humour in it,” Eric told Limerick Live.