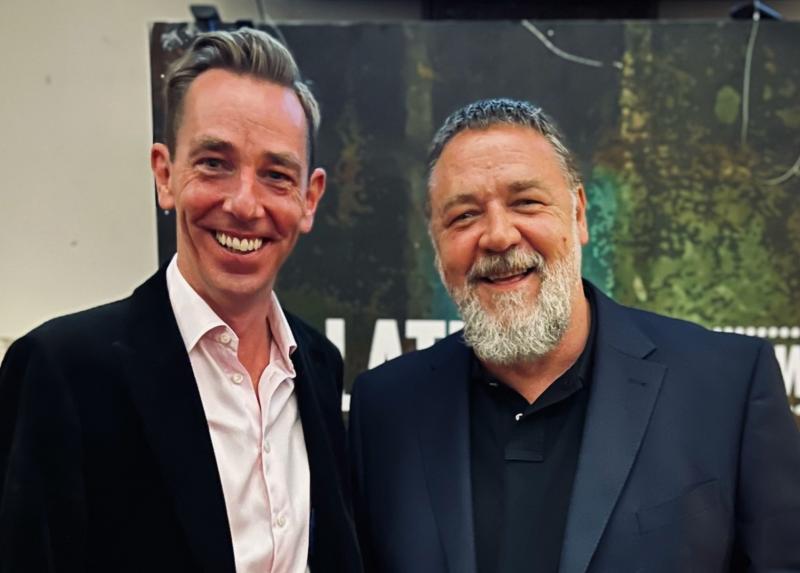 OSCAR winner Russell Crowe has confirmed last month's exclusive story that he is to shoot scenes from new film The Pope’s Exorcist in County Limerick.

Limerick Live reported that a set has been prepared in front of Dromore Caste in the parish of Kildimo-Pallaskenry. The Gothic Revival style country house, built between 1866-1867, has previously been used as a location for Neil Jordan’s film High Spirits.

The 58-year-old is starring in the film based on real-life figure Fr Gabriele Amorth, a priest who acted as chief exorcist of the Vatican and who performed more than 100,000 exorcisms in his lifetime.

"I’m looking forward to popping into Charlie St George's and having a quiet Guinness," said Russell.

"It's actually getting on the sauce in Limerick!" said Russell, who struck up a deep friendship with one of Limerick’s most famous sons Richard Harris on the set of Gladiator.

Following Richard Harris’ death in 2002, the New-Zealand-born actor fulfilled a promise to his great friend to watch a rugby match in Ireland and he visited a number of watering holes in Limerick city, including Charlie St George's.

Minister of State Niall Collins said it is a great boost for West Limerick that "such a stunning location overlooking the Shannon Estuary is going to be the site for a major film shoot and brought to a worldwide audience".

Mr Collins added: "It is another opportunity to showcase the film industry in Limerick on an international stage coming off the back of the continuing success of Troy Studios.”

The minister said the Hollywood actor will get a warm Limerick welcome.

"Following the recent JP McManus Pro-Am we are used to many high profile celebrities coming to the region and this is another one,” said Mr Collins.