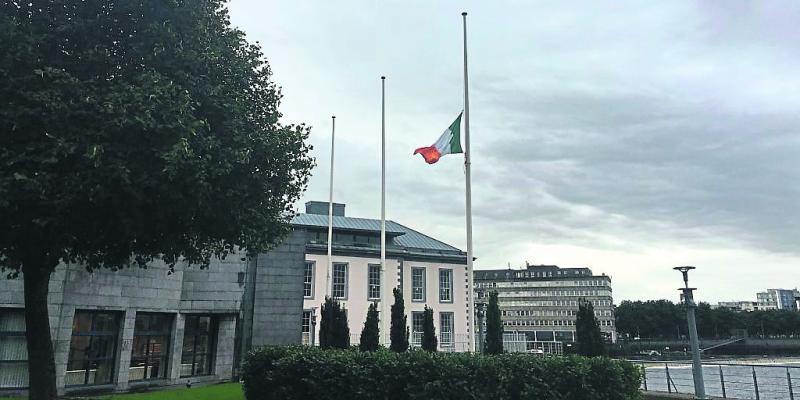 The tricolour flew at half mast outside City Hall this afternoon

MAYOR Francis Foley has opened an online book of condolence to afford Limerick's citizens the chance to extend their sympathies on the passing of the British queen.

It's open from today for one week, with all messages of sympathy printed out and forwarded to the British royal family, who are in mourning following the passing of the monarch, aged 96, last night.

Mayor Foley - who himself was born in Edgbaston, Birmingham - said: "She dedicated her life to public service and was respected around the world for her sense of duty and service, something we may never witness again."

The book of condolence is available at https://www.limerick.ie/council/services/your-council/books-condolence/book-condolence-queen-elizabeth-ii.

The Irish flag is flying at half-mast at the council's headquarters in Merchant’s Quay following a request by government.

Prince of Wales, Charles has automatically become king of Britain, its Commonwealth nations and other realms.