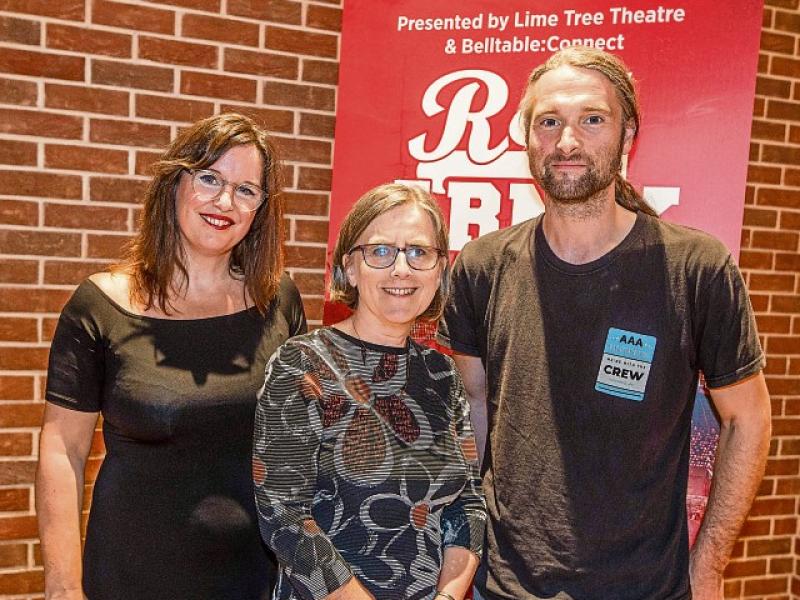 LIMERICK'S Lime Tree theatre venue is continuing to lead the arts sector in the county as it moves into a new role following its magnificent 10-year anniversary milestone.

“We were told we were crazy at the time,” said Gillian Fenton, Marketing and Development Manager with the Lime Tree Theatre | Belltable.

Now 10 years in, the Cork native, who previously worked with the Island Theatre Company in Limerick pins the success on the wonderful staff and the continuous drive to champion local artists.

“Without really good staff for the last 10 years, led by our Director Louise Donlon, we wouldn’t have been so successful,” Gillian told Limerick Live.

She described the cultural and arts sector in Limerick as both “growing and vibrant” and stressed that the Lime Tree Theatre | Belltable venues have something for everyone in Limerick.

Previously, many of the elderly patrons travelled to Dublin to the IFA cinema. Since the Belltable introduced its own offering of four movies every Monday, they no longer need to make the trip.

The programming for both venues, including opera, theatre, music and film, caters for a diverse audience, she said, adding that the key now, moving forward, is to continue hiring Limerick people.

“Our strategy now after 10 years, is to move more into a producing role. We can’t continue to build an arts sector in Limerick unless we give work to local artists, or they will leave for another city. Whether this is in the design of sets, lights or whatever, there is amazing talent here,” Gillian stated.

Both the Red Army, a play about four diehard female Munster supporters written by two Limerick women, and the first professional Christmas pantomime, are examples of this new ethos.

With “something significantly new every year” to keep staff on their tippy-toes, Gillian looks back at the group’s first commercial show, Angela’s Ashes, the musical, as the highlight of the last 10 years.

Performed in July 2017 to packed-out audiences, the show featured Frank McCourt's wife, Ellen, who came from New York and his brother Malachy, who opened the show before it hit the road nationwide.

Another, recent win, Gillian said, is seeing the smiles on patrons' faces as they returned to both the Lime Tree and Belltable following a long and difficult two years of closures due to the pandemic.

“The Belltable is so central in the city. One thing we would like to see is the many communities around the arts-venue, that have never walked through our gates, come into a show,” she outlined.With a strong open-door policy, Gillian and Louise are encouraging artists with scripts or ideas, to call in, sit down and speak about any potential plans.

While the prospects may have been uncertain in the beginning of the journey 10 years ago, Gillian describes musical theatre as being very exciting in Limerick, at the moment.

“We really do have a brilliant gang here. Louise, who comes from Longford but also met a Limerick man like I did, has really been instrumental and has transformed the place.

“She continues to be the voice telling people not to forget the cultural side of the city. This sector, whether that is going to the theatre or to a gig, is just as big as sport here. We want to continue to grow with the city,” Gillian added.