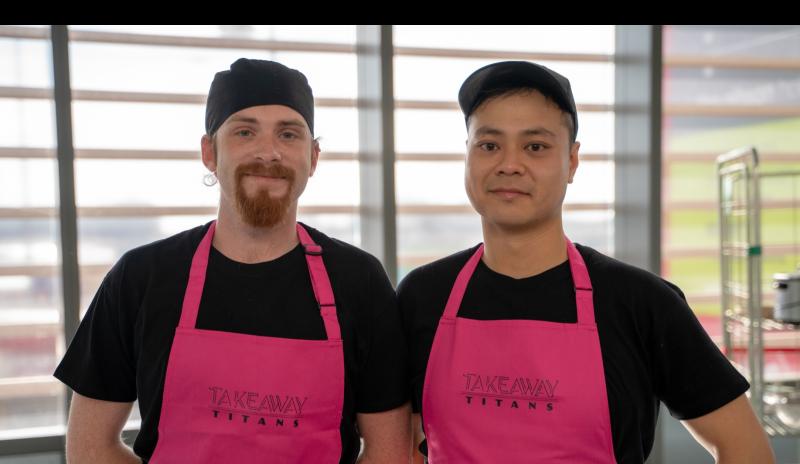 A LIMERICK takeaway will be featured on a brand new RTE series this evening.

Takeaway Titans is hosted by Carl Mullan and James Kavanagh and seeks out the best takeaway talent and puts them to the test to see who comes out on top.

The six-part series is made up of five episodes and one final. Each themed heat will see three takeaway teams cook their best selling dishes, some fantasy takeaway dishes and a judges mystery challenge to keep them on their toes.

Irish chef  Dylan McGrath and takeaway expert and winner of Britain’s Best Home Cook Suzie Lee Arbuthnot, will judge the takeaway teams based on their creativity and skill.

Limerick takeaway Sambros on Thomas Street in the city centre will feature in the first episode of the series this evening.

Sambros is run by head chef, Gary Huyah and he is helped by his great friend, Adam O'Brien.

Gary moved to Limerick from London at the age of eight. He returned to London when he was 21 to work as a chef in fine dining and Michelin Star restaurants for seven years.

He always wanted to move back to Limerick, and on a visit home he saw an opportunity to start up his own place. So he moved back permanently in 2016.

Gary’s work in a smoke house in London has really influenced his burgers. Sambros believes that really good food should be accessible, and shouldn’t break the bank.

They always knew that there was a way to make takeaway food, good quality, fresh and full of flavour.

Gary makes his own sauces, and describes his Cajun mayo as being "a bit out there". They only use fresh ingredients, the bread is the only thing he orders in.

In 2020, a fire broke out in the laneway behind their takeaway. In tribute to that Gary created a new sandwich, the Flaming Lane, which is now one of their best sellers.

Takeaway Titans starts at 9:35pm on Thursday, September 8 on RTÉ2.