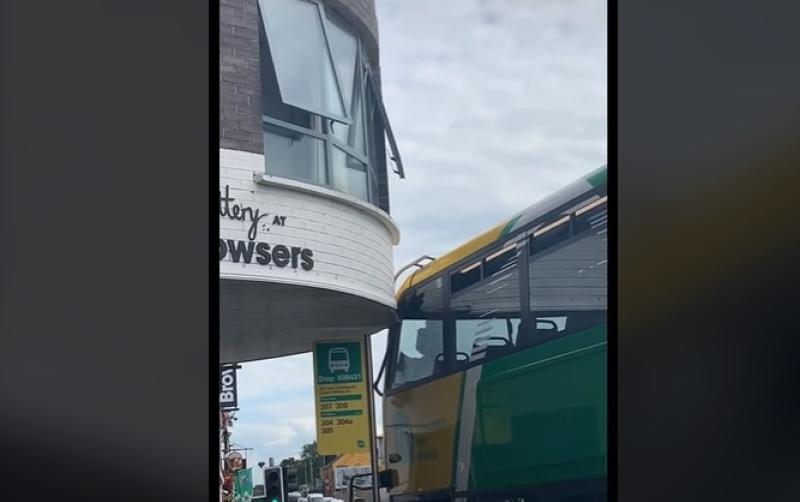 BUS Éireann has confirmed it's aware of an incident during which a double-decker bus struck a building while operating on  one of Limerick's busiest bus routes.

Video footage of the aftermath of the incident, which happened at Upper William Street last Thursday afternoon, has been viewed more than 14,000 times on social media.

While there were passengers on board the 304 service at the time, no injuries have been reported. The 304 route serves Raheen and the University of Limerick with buses travelling via the city centre.

"Thankfully, no injuries were reported and intending passengers were facilitated on the next scheduled service however, Bus Éireann regrets the inconvenience caused to our customers on this occasion," he added.

The transport company says it takes each incident seriously and that the matter is subject to an internal investigation.