Paddy, 90, is looking to the future of the Limerick Show 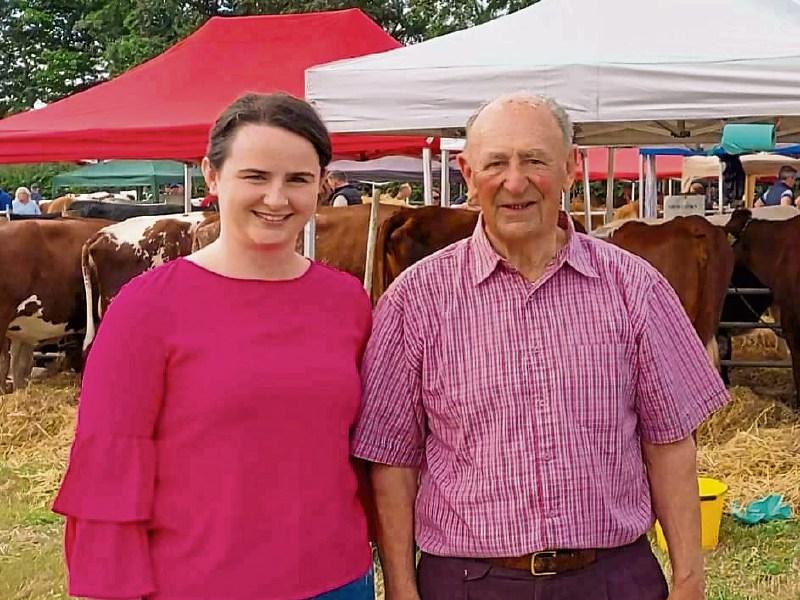 LIMERICK Show legend Paddy O’Callaghan marked 40 years of involvement with the event last weekend. The North Circular Road man is a former chairperson and has been on practically every committee over those four decades.  He is heavily involved in the Shorthorn Beef section of the show.

But instead of reflecting on the past, Paddy, now aged 90 and as fresh as a daisy, is more interested in looking to the future. He is standing beside Katie Corridan, the cattle secretary aged in her mid-twenties. Paddy says it is important to see young people like Katie picking up the Limerick Show reins.

“It is essential - where would we go without them? You have to have the younger people coming through. And it is a difficulty because the younger generation have commitments that we never had to deal with,” said Paddy, who reveals his secret to eternal youth.

“Good, clean living and be active. If you keep active your health will go with it,” said Paddy, a former AIB branch manager on O’Connell Street. The bank is a long-time sponsor and speaking of the importance of new blood, AMCS is the lead sponsor for 2022.

In Pictures: Limerick Show time is a great time for young and old!

Jimmy Martin, CEO, said he is delighted to be associated and working with the agricultural community to drive a change of approach to sustainability. The company he co-founded offers cloud based waste management software solutions for the waste, recycling and resource industries on a global scale.

“Farming is needed, food is needed, actually more food is needed now more than ever. It is all about doing that efficiently and sustainably. There is a lot of waste in the creation of food and there is a lot of waste in the consumption of food. It is about working across the board with agriculture, food production and the consumption of food to ensure we make it a more sustainable future for everybody. That is what we are about. It is about working together not working against one another. There is over 30% of food being wasted - if you just solved that problem we can farm less intensively. AMCS wants to be part of the community, this is a real community effort and we are delighted to be associated with it,” said Mr Martin.

Despite Katie’s tender years she has been involved as cattle secretary since 2013. She can remember going since she was four and the Corridan name rings out when it comes to showing cattle. But she credits one of her biggest achievements as winning the lead rein pony class one year!

“The show is really important for showcasing every part of rural life but Limerick Show is also going in a slightly new direction to encompass city and county,” said Katie, who lists off the a sustainability and agtech hub spearheaded by AMCS and the artisan food stalls and retail village as one of many recently added attractions.

But at the heart of it is community.

“I think it is really important to get to know your neighbours. I have met a lot of people that live very close to me through volunteering in the show that I wouldn’t have known otherwise. We get to work together quite closely and I think it is an important thing to do for our local area,” said Katie, of Fedamore. Paddy and Jimmy would agree wholeheartedly.