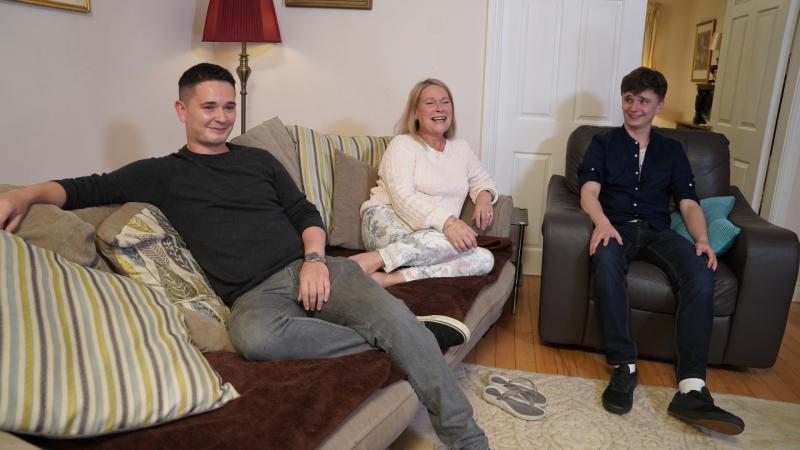 THE Ryan family from Monaleen in Limerick city are set to feature in the new series of Gogglebox Ireland which returns to Virgin Media One television this Wednesday night.

Eva Ryan and her two sons Alex and James have been regulars on the hit show and have proven popular with viewers over the years.

While there will be newcomers during the upcoming series, Virgin Media has confirmed some familiar faces will be returning with the Ryans including, Dawn and Dale, The Carlow Lads and The Tully Twins from Cavan.

The programme features some of Ireland's most opinionated and entertaining TV viewers offering their opinions on TV programmes screened each week - all from the comfort of their own homes.

Speaking last year, Eva Ryan explained that she and her sons originally joined the show by accident after she was approached by someone while attending a fair.

"I was at an antique fair and a lady came up to me and we were chatting away and we were getting along great. She was asking me loads of questions, 'What's your situation?' I said, 'I live with my two sons at home,' she said, 'Have you heard of Gogglebox?" she told the Six O'Clock show.

Gogglebox Ireland, which won Best Factual Entertainment Show at the recent RTS Ireland Television Awards, returns to Virgin Media One and the Virgin Player at 9pm this Wednesday.