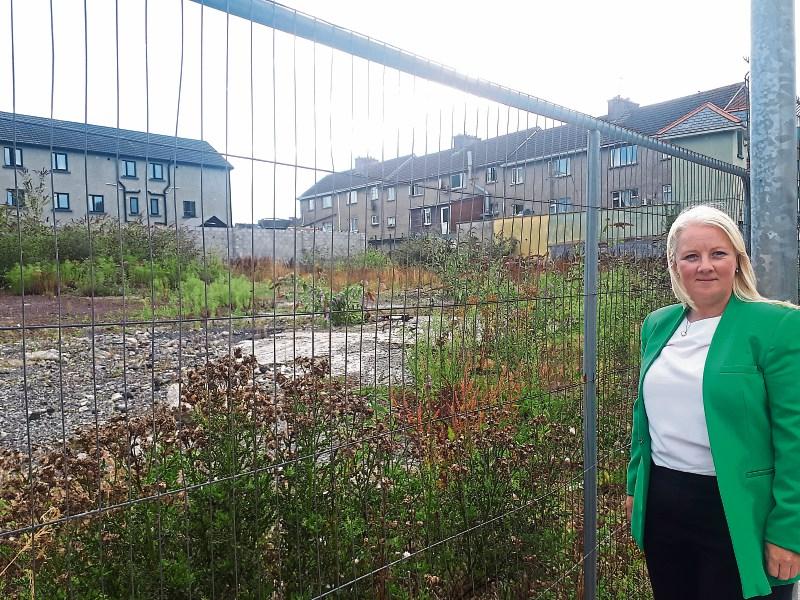 LIMERICK City and County Council has unveiled plans for a multi-storey apartment complex near the People’s Park.

A vacant patch of land at Speakers’ Corner, Lower Carey’s Road is planned to be home to 36 council houses, over five floors, many of which will be aimed at people who would fall above the income threshold to qualify for public housing – but are not able to get a mortgage.

Delivered by the approved housing body Cluid, the project will see 11 one-bed and 25 two-bed apartments, alongside bin storage, bicycle storage and a private garden area for residents.

Since it is local authority homes being delivered, the planning application will ultimately be decided by members of Limerick’s metropolitan district at a meeting later this year.

The public can also inspect their plans and have their say on the scheme until Friday, September 30.

The homes will be aimed at people who are on middle income, older person’s social housing, and people who wish to downsize from larger homes into smaller accommodation.

It’s anticipated construction will take place over 17 months, with the first tenants due in by 2025.

City East councillor Sarah Kiely said she’d have some concerns at the cobble-lock paving which was initially proposed, pointing out that in another public development at nearby Lord Edward Street, it’s led to more weeds growing and a resultant increase in maintenance.

“I’ve asked them to look at alternative materials – larger paving stones. In fairness, council staff were really receptive to the idea,” she said.

“These homes are very much needed. It’s going to bring life back to the area.”

The Fine Gael member said she does not believe there should be any fears over additional traffic, pointing out no parking spaces are provided as part of this scheme.