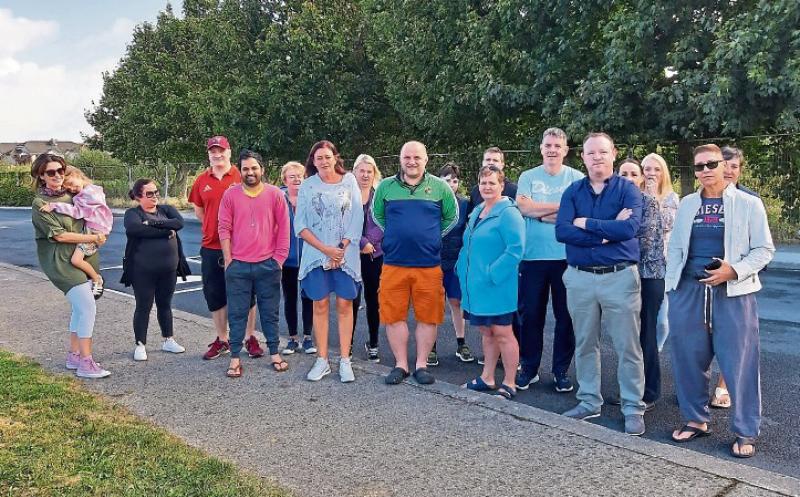 Residents of Drominbeg in Rhebogue have raised concerns about the new student village in their area | PICTURE: Nigel Dugdale

RHEBOGUE residents have said they will protest in order to stop the development of a student village in their community.

The University of Limerick (UL) has unveiled plans to use a site in Drominbeg, Rhebogue to add a new 20-house, 80-bedroom student village.

But locals are furious, saying they’ve not been consulted, claiming the site is susceptible to invasive knotweed if further development takes place.

However, Limerick Live has learned that this knotweed was removed under licence last month, and it's understood the developer has assured parties they will ensure it remains absent.

Sarah Beasley, who is chair of the Rhebogue Residents Association said: “I feel so angry this has been proposed for our estate. It’s not going to happen as far as we are concerned – that’s the majority consensus. Everyone knows there is knotweed on this site.

“On top of that, we’ve a housing crisis on our hands, we’ve people privately renting here, and they are in desperate need of being housed.”

Another resident Alan Curley added: “We were sold these homes in 2005 on the basis it was going to be a place for community. Now we’ll have students in place who will not contribute to the community.”

Ms Beasley said householders were told that the housing planned for the site was affordable, and this is something locals were happy with – on the basis that a full site survey takes place to treat and eliminate the knotweed issue.

UL, which is delivering the project through its Plassey Campus Centre subsidiary did not comment directly on the residents’ opposition.

But the college did refer back to a statement it made when the plan was announced last month, in which UL provost and deputy president Shane Kilcommins said: “This new development at Rhebogue will allow for community and multi-generational living for our students among the existing vibrant community of Rhebogue.

“The village will be fully managed by the university in the same way as our on-campus accommodation and we very much hope to work with the residents of Rhebogue to establish local initiatives, volunteering and community engagement.”

A council spokesperson said it informed UL that consultation should take place with local residents.

In relation to the issue of knotweed, the local authority added that a developer is required to put in please measures to address invasive species.