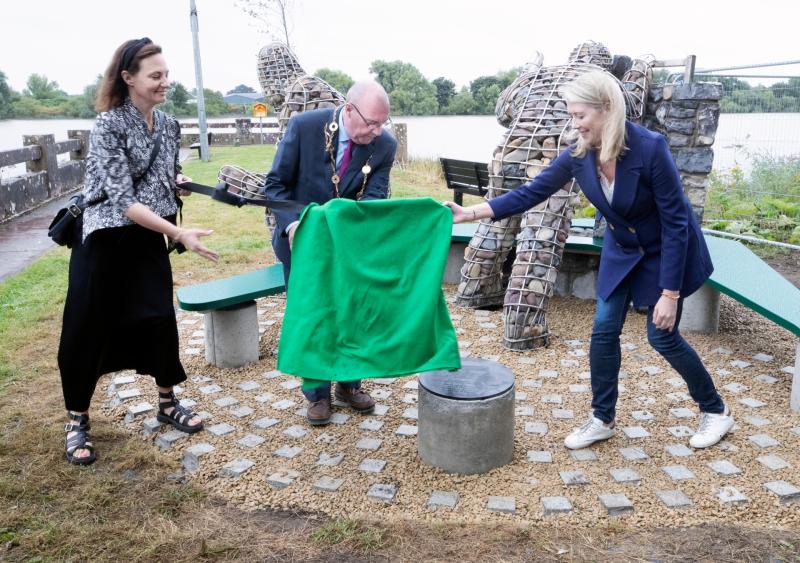 THERE'S A NEW attraction on Limerick's riverside as a public bench and sculpture in memory of two of Ireland's top humanitarians was unveiled.

The pair were young priests during the famine in Biafra which arose out of the Nigerian Civil War when John and Kay O'Loughlin-Kennedy formed Concern Africa, which became a global charity.

It’s from there that their long history with Concern started, with both brothers working to help the world’s poorest people in a whole host of countries. 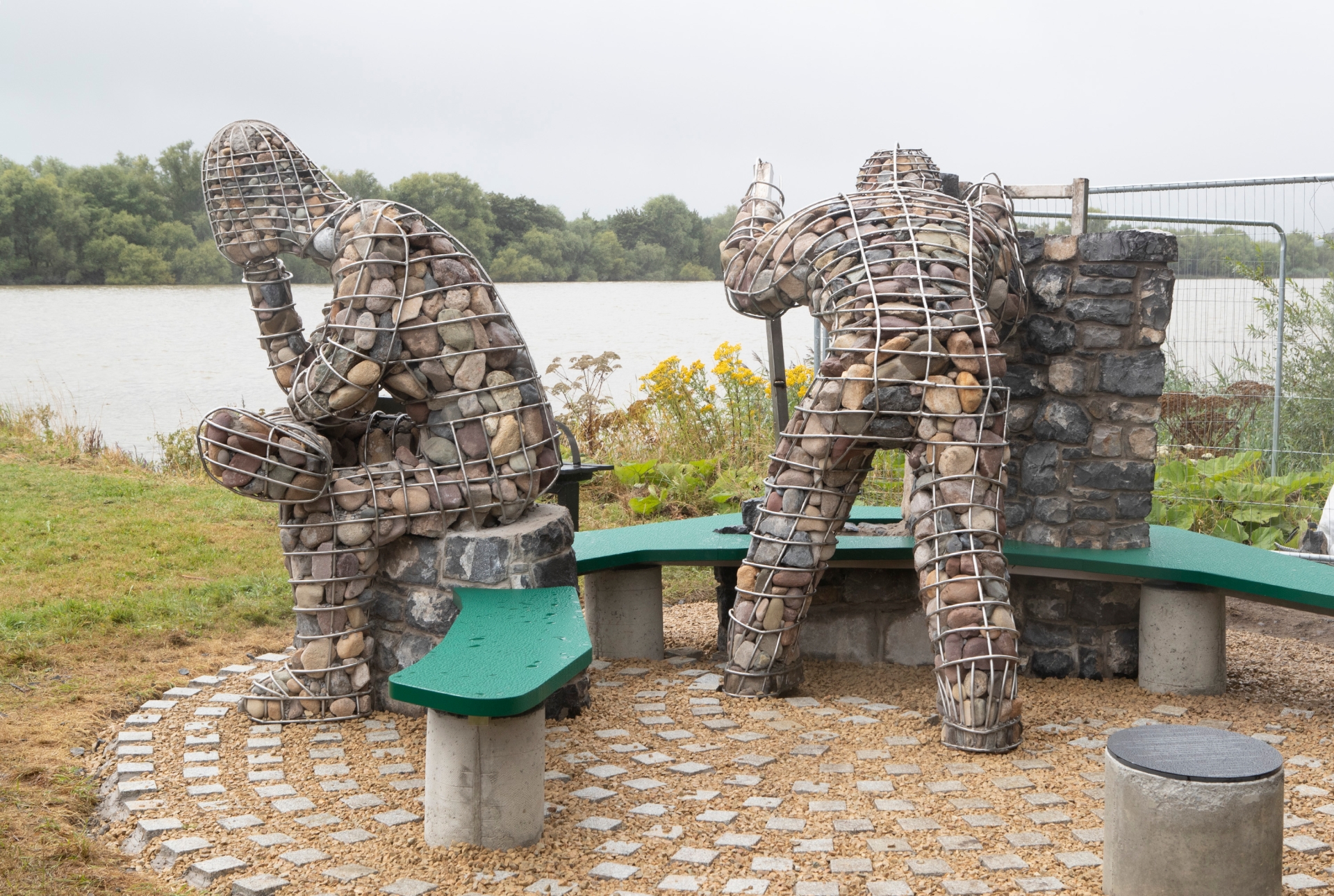 Fr Aengus eventually went on to lead Concern during the 1980s and early 1990s.

"The Finucane brothers are giants of men, what they achieved was extraordinary. While the brothers had received the freedom of the City of Limerick, we wanted a lasting and visible tribute to remind this and future generations of the power of positive change, change that was made possible through the generous support of the people of Limerick and across every county in Ireland,” said Dominic MacSorley, the chief executive of Concern Worldwide.

Perhaps appropriately, the memorial was unveiled on the eve of World Humanitarian Day.

There's a new attraction on the riverside of #Limerick. Unveiled today, a new bench at Barrington's Pier to honour @Concern founders Jack and Aengus Finucane.#LimerickLive@Limerick_Leader pic.twitter.com/MIHP6qI5eA

The piece was funded by contributions in kind from a number of Limerick businesses, supporters of the Finucanes and Concern, and is completely separate to donations for Concern’s overseas work.

The Finucane brothers have been with Concern since it was founded in 1968 & dedicated their lives to ending extreme poverty, whatever it takes.

Today in their home city of Limerick, a place they were so proud to hail from, a memorial bench will be unveiled in their honour. pic.twitter.com/RSqqRtzAnl

It features a large timber bench whose shape mimics the flow of the Shannon, along with six foot tall, one and a half life-sized steel sculptures, filled with river stone capturing the spirt of both men; Aengus standing with arms out, pushing against the walls of poverty, hunger and injustice while Jack is represented sitting, with knee on ankle, portraying his reflective personality, a problem solver yet equally as passionate and driven.

The commemorative bench entitled, ‘Giants of Men’ was designed and crafted by Tom Roche from Offaly and Dublin-based designer Knut Klimmek, who won the commission for the piece following a public tender.

The bench was created by Knut from a ground-breaking construction material manufactured from forest thinning and kindly donated by Medite-Smartply – a Coillte company based in Waterford, while Tom created the stainless steel metal frames that form the shapes for the river-stone sculptures.

“The project was a challenge from the start. It is not often that one gets the opportunity to get involved with a project like this, which saw our creativity and technical know-how pushed to the limit. The figures owe their existence to the single minded determination that Tom Roche brings to bear on any project he gets involved in. We are delighted to have been involved in the project and humbled by the confidence that Concern showed in us by commissioning the memorial,” Knut said.

The memorial took over two years to complete. The sculptures were made at Tom’s workshop at his home while the bench was hand-carved by Knut at his studio in Dublin. The memorial in size and scale was replicated at Tom’s home, with the sculptures starting life as chipboard figures which then saw Tom bending the stainless steel by hand around the chipboard to get the correct shapes. These curved shapes were then removed from the mannequins and welded together around an inner skeleton to create the outer frames of the figures, which were then filled with river washed stones.

The whole thing was then taken apart, and transported to the site in Limerick before being re-assembled.

The bench will not only provide a resting place for the people of Limerick, over-looking the Shannon, but will also mark the contribution which two proud Limerick brothers made to the city’s rich legacy.