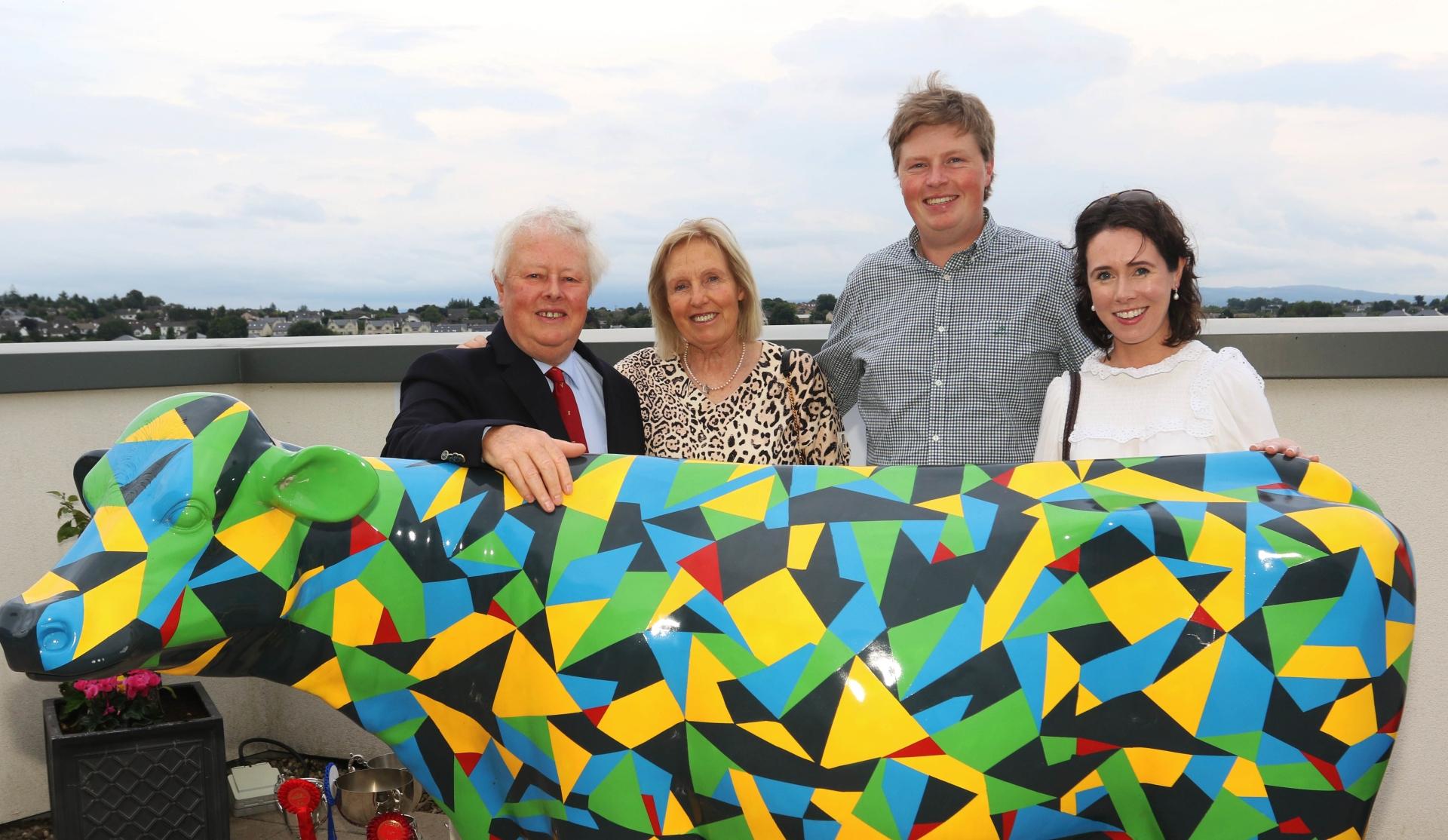 LIMERICK Show isn’t just back after its Covid induced break - it is returning bigger than ever.

The show committee has got a major new lead sponsor – AMCS, a global leader in the waste and recycling industry. The launch of the show took place at AMCS’ headquarters in East City Plaza, Ballysimon on Monday evening. A large crowd gathered to look forward to the event on Sunday, August 28 in Limerick Racecourse.

AMCS is doing a lot more than just writing a cheque. The company co-founded by Jimmy Martin – a Tipperary native living in County Limerick – is spearheading a careers village at the Limerick Show with major employers on site.

AMCS is also lending its expertise to a Sustainability and AgTech Hub. Richard Kennedy, chairman of Limerick Show and former IFA deputy president, said as the world becomes more aware of the global sustainability challenge, agricultural and sustainability technology is playing a key role in creating a more sustainable environment and food production system.

“We believe it is the perfect time to showcase all there is to offer in this vastly growing industry at Limerick’s largest agricultural festival,” said Mr Kennedy.

Prior to Covid the committee had been working hard to increase its offering and that is continuing this year. They even have the Liam MacCarthy Cup from 11am to 1pm. Mr Kennedy said in his speech that this is something he is very much looking forward to getting his hands on!

There will be a ‘Kids Zone’ with free entertainment, amusements, face painting, disco, pony rides, animal farm and kiddies train. Free entry for children under 16.

We haven’t even mentioned the finest livestock in the country being on show. And the very best of Irish horse breeding.

Limerick Show will be officially opened at noon by European Commissioner Mairead McGuinness.

Show president Leo Walsh said the day is for city and country and hopes free buses running from the Gaelic Grounds at 10.30am/12.30pm; Parkway at 11am/1pm and Crescent Shopping Centre at 11.30am/1.30pm will encourage more to visit.

“Limerick Show has always been about showcasing the very best of Limerick and the surrounding areas and we hope that this year, more than ever, people will come out and support the local farmers, producers and exhibitors,” said Mr Walsh.

He has also expressed his thanks to AMCS.

“We’re thrilled to have AMCS on board as our lead sponsors for 2022. Having a connection with a strong Limerick-based company was important for us and AMCS is a great example of a Limerick success story. Limerick Show has been a huge part of the Limerick social calendar since the first show took place in 1929. This tradition lives on today and we’re delighted that AMCS is supporting us and helping keep the tradition alive,” said Mr Walsh.