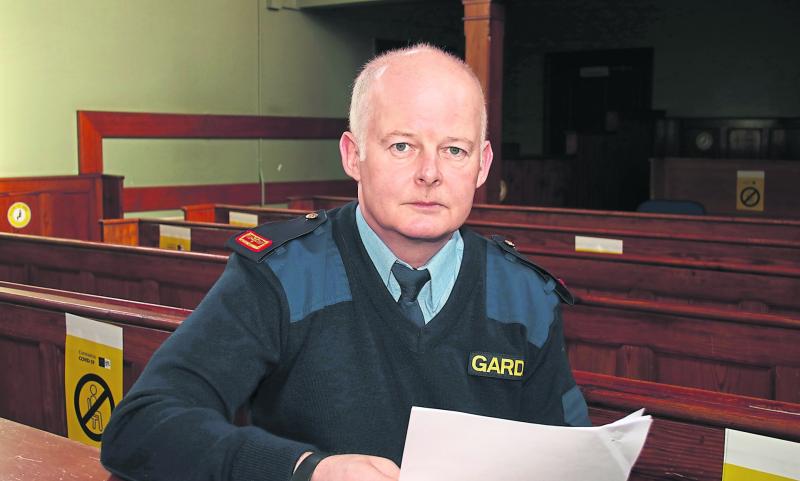 THE TOP garda in the Bruff district says no stone will be left unturned in bringing the men who broke into a pensioner's house to justice.

The aggravated burglary occurred in Kilmallock in the early hours of Saturday morning. The victim - a man in his seventies - was hospitalised due to the seriousness of injuries.

The crime has caused revulsion and disgust in the local community and across the county. Gardai in Bruff, Kilmallock and across the district are hunting down the two perpetrators - one of whom was armed with a slash hook. The owner of the house got into a physical altercation with this individual and sustained injuries to both his arms.

"All resources available will be utilised to apprehend the culprits," said Insp Brennan. CCTV footage has been harvested and is being checked.

The senior garda didn't wish to go into too much detail for operational reasons but did confirm they are "following some definite lines of enquiries".

"Anyone with information is encouraged to contact Bruff or Kilmallock gardai," said Insp Brennan.

Gardai have no facial description of the assailants as they were both wearing balaclavas. However, one is described as tall and slim, the other "short and overweight".