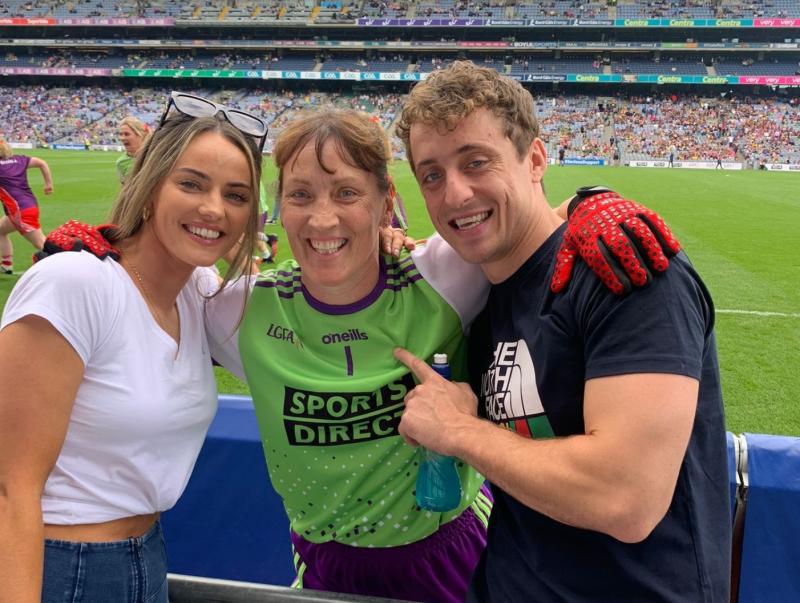 THE HURLERS weren't the only Limerick team to run out in Croke Park this July as Oola Gaelic For Mothers & Others graced the pristine pitch on Sunday.

The club was picked from a huge number of entries to play at half-time during the All-Ireland ladies intermediate football final. It was a historic day for the club founded four years ago by Tréasa Ryan, of Oola, a sister of Cork great Donal Óg Cusack.

And it was also a piece of history for one of their players - Kathleen Ryan “Simon”, from Doon, as she became the fourth member of the family to play in GAA Headquarters. Not too many parents can say they played in Croke Park after their children have!

Kathleen’s youngest son Pat has won All-Irelands with Limerick, as has daughter Amy with the ladies footballers.

Another sibling Micheál played in Croker with the INTO primary school games. It would have been the full set but Liam played in Thurles when he was a Doon CBS pupil. 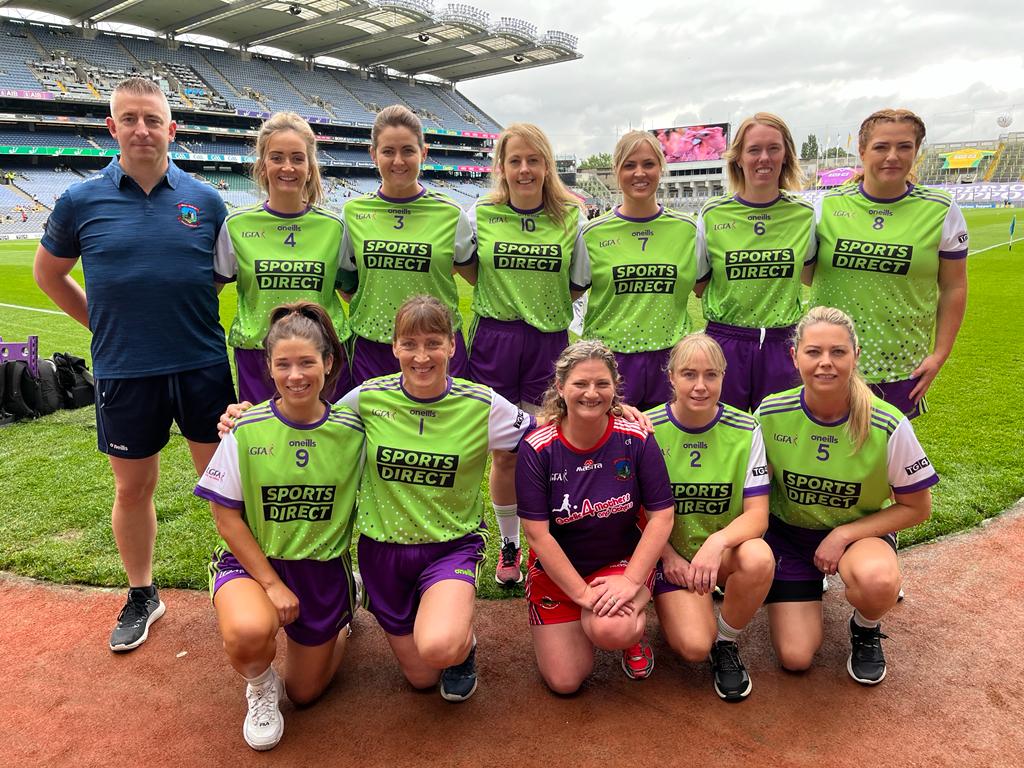 The roles were reversed for the Ryan “Simons” as this time it was Pat and Amy leaning over the barriers to congratulate their mum.

Derek Ryan, the team’s trainer and Oola GAA club chairman, said it was a day that will live long in the memory for one and all. He said they “never, ever dreamed that we would be gracing the hallowed turf of Croke Park”.

“Tréasa started it as a bit of fun to get people that had retired from playing or never played or were new to the area to come on board. People met people and became friends and it kind of spiralled from there,” said Derek, who is married to Tréasa.

On some cold, dark nights there could be up to 30 out training with Oola Gaelic For Mothers & Others. All are welcome to join. The hard work paid off on Sunday. Derek said there were a lot of nerves in the tunnel before their game against Naomh Eanna of Wexford.

“Nervous but excited. Once they got out there they played very well,” said Derek. It finished 1-2 at the whistle with Vicky Ryan banging in a goal for Oola. Then they could return to the stand and enjoy a feast of football.

“They were on a high when they got back, got a few photos and settled in to enjoy the second half of the intermediate match which was a fantastic game. The level of excitement and skill was unbelievable in all three games,” said Derek.

They team and supporters returned home to East Limerick where they toasted a proud day in the club's history in Oola. See Community Notes for team photo.