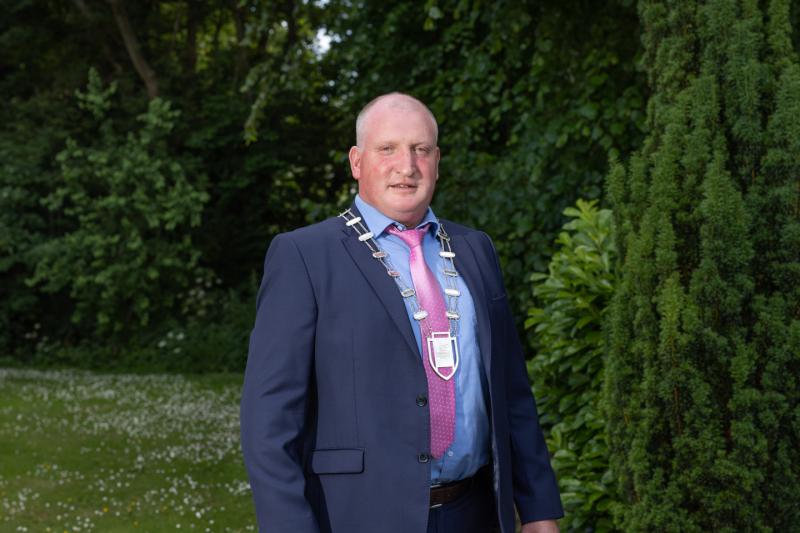 Cllr Liam Galvin raised the issue at a meeting of the Newcastle West Municipal District I PICTURE: Marie Keating

A COUNTY Limerick farmer is being “tormented” by young people trespassing on his land through a neighbouring housing estate, citing fears of a possible farm machinery accident.

The safety concern was raised by Cllr Liam Galvin, FG, following a housing delivery update at the most recent meeting of the Newcastle West Municipal District.

He said: “This man, a farmer, is tormented with people coming into his lands, whether it is playing ball, partying or leaving bottles and cans all over the place.”

He stressed that there needs to be boundary walls placed around the development at Cois na Féile, Abbeyfeale, in the interest of protecting both children and livestock, and to avoid a serious accident.

The Housing Directorate told councillors that they are due to meet with an Approved Housing Body (AHB) with a view to demolishing houses in the estate, some of which have “no doors or roofs.”

They detailed that it may take some time for the estate to be demolished following planning permission, which is being sought.

Cois na Féile, a €2.6m unfinished social housing development in the town, had previously been characterised as an “unholy mess” by councillors in the district back in 2015.

The 12-unit site was a private development, which was then purchased by Cluid Housing Association. Last year, the council compulsorily acquired the derelict properties under the Derelict Sites Act, 1990.

Call for work on Limerick ghost estate to be stopped

Mayor of Limerick, Francis Foley, FF, expressed his disappointment at the demolition of the houses. “It seems a shame to knock down all those buildings,” he said.

Cllr Galvin asked council officials present if the AHB was responsible for keeping children off the farmers land, requesting that they sit down with the council to figure out building a boundary wall to avoid any possible accidents.

Council officials told Cllr Galvin that they “will not be responsible for the site but will talk to the AHB on improving future safety.”