Limerick garage back in business a month after blaze 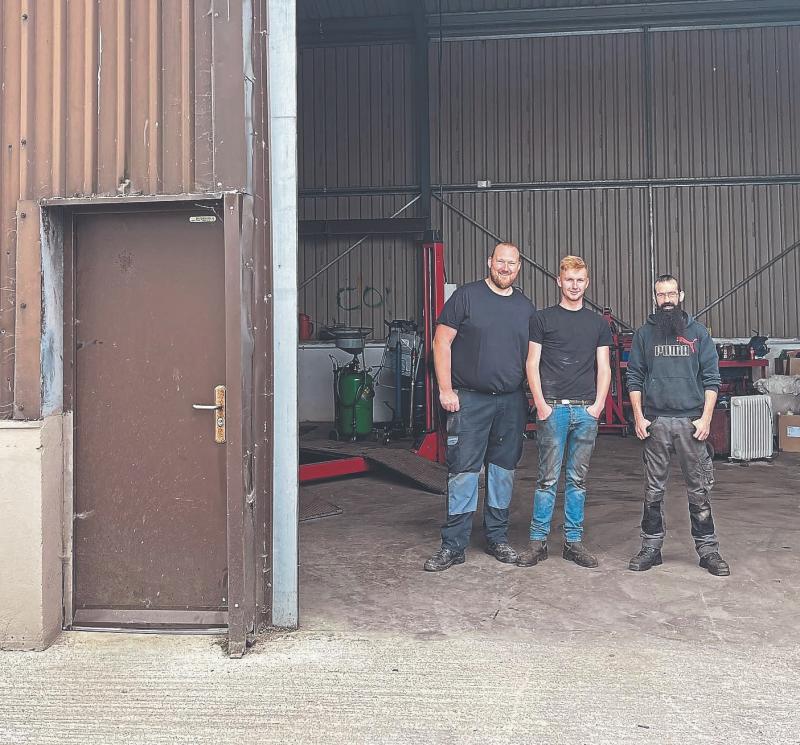 A MONTH after watching his garage in Ballyneety burn to the ground Rory Browne is back in business.

John O’Mahony Tyres, John Collins’ Wheelfix and Rory Browne’s Garage were all under the one roof which they saw go up in flames at the end of June. Declan Gannon, of DG Autos, was also affected but not to the same extent thankfully.

Nearly a month to the day, Rory got the show back on the road only three miles down the road at Truckbreak, Kelliher’s Cross, Friarstown.

“Nothing is handed to you in life – you have to get on with it. I have a family to support, I have lads to keep going here and I have a great customer base.

“We only started back yesterday so are just finding our feet and getting going. We are already inundated with work,” Rory told the Limerick Leader last week.

He joked that putting on his overalls and going to work in a garage for the first time in four weeks was like the first day of school again.

“It was a massive change to be nearly off for a month but I wasn’t really off for a month. I was tipping away doing bits and pieces and trying to set this place up. I bought the contents of another garage.

“It was a very stressful time for all of us, stressful for myself and the family and the lads working,” said Rory.

Alan and Anthony Enright, of Truckbreak, gave him the space to set up with “a heart and a half”.

“It is hard enough to get a place, especially so close to the village. I can keep my customers and, look, you don’t want to be going into anyone else’s territory either. It is great,” said Rory, who still has Paul Dollery and Sean Connaughton by the side,

It is important to look on the bright side and the Limerick black sense of humour has helped.

“I went in the door of the motor factors and they said, ‘Here’s Phoenix in the door’. One of the lads inside in motor factors said I have to get a sign now for the garage – ‘Phoenix rises from the ashes’,” smiled Rory.

Joking aside it has been tough time for Rory and all affected by the fire in Ballyneety but the most important thing is that nobody was seriously hurt.

Rory thanked his loyal customers, wife Michelle Browne, two daughters Allie and Trudy and family members for all the help and support.

“They do say that you really find out who your friends are when something like this happens and by God did they give me some help. It is unbelievable the help I got.