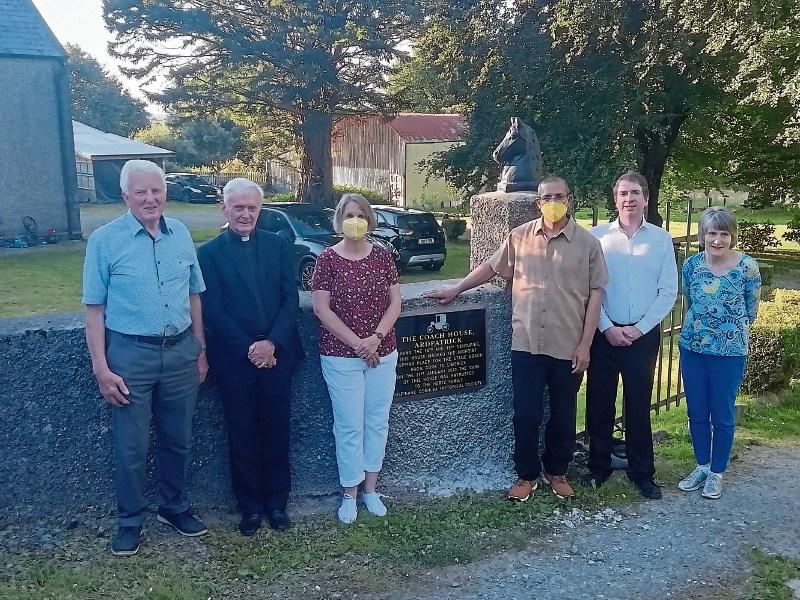 THE LIMERICK hurlers aren’t the only ones celebrating history-making events this month.

The Kilfinane Coshlea Historical Society unveiled a plaque at the Coach House in Fanningstown, Ardpatrick.

Guest of honour was the Bishop of Killala Diocese and local man, John Fleming, who performed the unveiling ceremony. Bishop Fleming has written a history of the area as well as numerous other historical works.

Finbarr Connolly, of the historical society, said the Coach House marked the midpoint stopping place on the Cork-Limerick route during the height of the mail coach era.

“Although the provision of a reasonably efficient postal service was the main priority at this time, passengers were also accommodated on these coaches. The close proximity of the Castle Oliver estate was another significant factor in the selection of this site as a stopping place,” said Finbarr.

An early reference to the mail coach route appears in the form of an 1802 advertisement published by the Limerick Chronicle.

“The site of the Coach House at this point was in the iron grip of Charles Silver Oliver, notorious for his leading role in the execution of local patriot Staker Wallis in 1798. Occupier during the Tithe Applotments in 1833 was recorded as James Kearney, and his name also appears in Griffiths Valuation of 1851.

“During the late 19th and much of the 20th century the Davis family were in residence - spinster sisters Margaret and Nora maintaining the use of a pony and trap as their method of conveyance to Ardpatrick village as late as the 1970s,” said Finbarr.

In more recent times the Coach House passed into the ownership of Robert Hertz, a native of California, and his family. Robert has a deep interest in the history of the house, and proposed the idea of a plaque during discussions with the Kilfinane Coshlea Historical Society.

“This ambition was realised on a gloriously sunny July evening in front of an attentive crowd, and the plaque now serves as a testimonial to 200 years of local history,” said Finbarr.