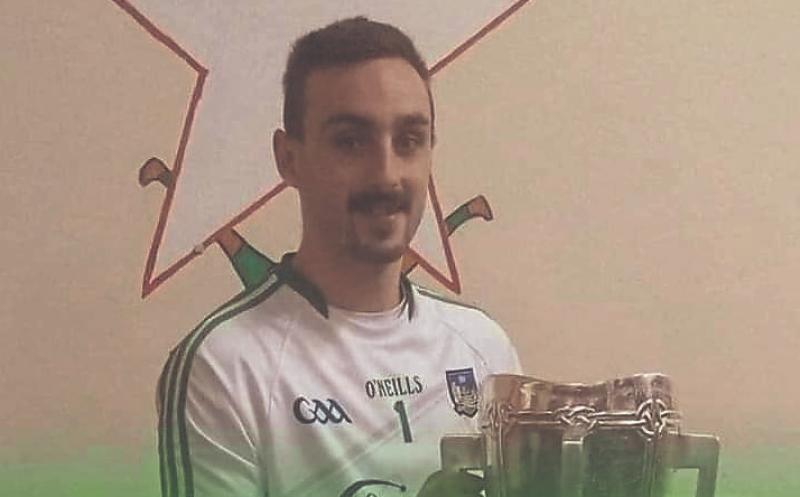 Limerick through and through: The late Jordan Fitzgerald

JORDAN Fitzgerald should be heading off to Croke Park on Sunday like tens of thousands of Limerick hurling fans.

He should be clutching a prized ticket close to his chest as he wears a Limerick jersey.

The 25-year-old should be having the craic with his friends, perhaps a couple of pints to while away the time and steady the nerves – everything building towards 3.30pm and watching Limerick and Kilkenny tear into each other.

That’s what Jordan, from Kilfinane, should be doing. However, he was cruelly taken from his family and friends on Sunday, July 3 as he travelled to Dublin to see his beloved Limerick play Galway.

He was laid to rest in the old cemetery in Kilfinane on Wednesday, July 6, but he will be looking down on Croke Park on Sunday.

Heartbroken mum Lousie Moloney, from Bruff, said they would have been trying to get Jordan a ticket this week so he could go.

“He’d have loved to have been there cheering on Limerick. He would watch Up for the Match on Saturday night to get himself worked up and have the Limerick flag flying high. He wanted to see them bring the cup home for the fourth time,” said Louise.

But Jordan was taking nothing for granted as he knew if they beat Galway that Kilkenny awaited. Louise recalls that on the Sunday he died after falling ill on the bus to the game, Jordan told her they would be up against it when playing Kilkenny but “he guaranteed that they will play out of their skin”.

His family gave him a Limerick send-off. Inside his suit was the Limerick jersey he should be wearing on Sunday. Sean Finn and Gearoid Hegarty were his two main idols.

“We got all the flowers done in green and white, everything was in green white, the whole grave was green and white with the week that was in it. The turnout he got at the funeral was fantastic.

“I couldn’t put into words the amount of people that came to the funeral. They are still calling to the door with flowers and everything. From start to finish he got a great send off. I read Shane Dowling’s piece in the Leader where he mentioned Jordan. It was absolutely fantastic,” said Louise, who thanked all her family, friends and neighbours in Kilfinane, Bruff and all over for rallying around at this terrible time. In particular, she thanked Fr Michael O’Shea, Sr Patricia Coughlan and Michael Daffy for handling the funeral arrangements so sensitively for Louise and Jordan’s dad Patrick.

One of Jordan’s brothers Callum, aged 6, looks up at the stars at night time.

“He says Jordan’s star is out in the sky,” said Louise poignantly. Jordan was born on September 1, 1996, the day Limerick lost to Wexford in the All-Ireland final. Let’s hope Jordan’s star is sparkling above Croke Park on Sunday night.