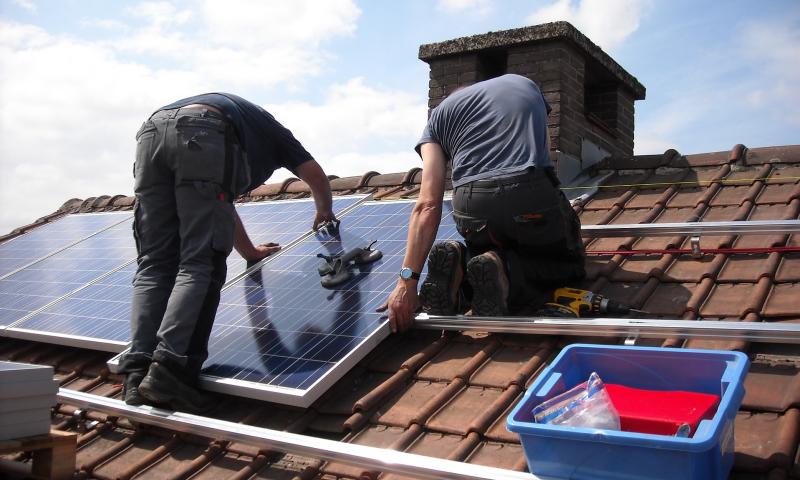 Limerick could produce 19% of its electricity through solar panels, a new study has found

A NEW study has shown that Limerick has significant potential to make use of rooftop solar panels.

The study by MaREI, the Science Foundation Ireland Research Centre for Energy, Climate and Marine, based in University College Cork (UCC) found that domestic rooftop solar panels could produce enough electricity to power one in four Irish Homes.

It found that if all suitable homes in the county were to avail of this opportunity it would fulfil 19% of the county’s residential electricity demand.

Nationwide there are overall a million homes that could accommodate ten solar panels. This has potential to meet 8% of the country’s renewable targets. In addition, it would save the average household €450 per year.

Outlining the findings Paul Deane, Senior Research Fellow in clean energy futures with the MaREI Centre in UCC, said: “Advances in solar technology and reductions in cost now make it a very attractive prospect for any homeowner. We don’t associate Ireland as a sunny country but there is sufficient sunlight shining on our Irish roofs to make a meaningful impact on electricity bills”

He said that putting ten solar panels (3.4KW) on every suitable home in Ireland can reduce 135,000 tonnes of C02 emissions and help Ireland meet 8% of its Renewable Electricity Target.

Six solar panels on every suitable home would generate enough electricity to power 22% of homes and reduce emissions by 95,000 tonnes, he added.

Around 24,000 homes have already begun the transition to solar but there is much more potential for Ireland to generate significant amounts of solar energy.

Welcoming the findings ISEA CEO Conall Bolger said that with energy prices continuing to rise people can take greater control of their costs by investing in rooftop solar.

Investing in solar technology may be unattainable for people who are currently experiencing fuel poverty. We believe the Government should introduce a means test and fully fund the installation of rooftop solar panels for people in fuel poverty.

"This would allow them to generate their own clean green power for decades to come and offer protection from volatile energy costs," he added.