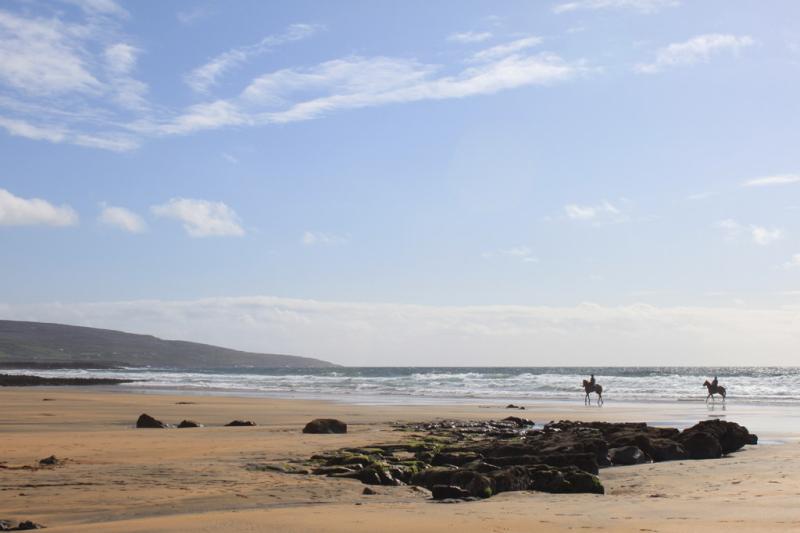 A MAN in his 40s has died after getting into difficulty while swimming with a young child off the coast of Fanore beach last night.

The gardaí were called by the coastguard to attend the scene of the incident at approximately 9:30pm.

The man got into difficulty while swimming and was removed from the water, a garda spokesperson confirmed.

He was taken to University Hospital Galway where he was pronounced dead.

It's understood the man and the child were pulled out to sea, sparking a search and rescue operation after the land

On arrival at the scene, emergency services found that a young child had been taken to safety by others in the area while the helicopter crew carried out a search for the man.

He was located and a paramedic was was lowered into the sea to rescue the man from the water.

Efforts to resuscitate the man were quickly carried out on board the helicopter as he was flown to University Hospital Galway.

The helicopter reached the hospital in under 10 minutes, but the man was pronounced dead a short time later.

A file will be prepared, and forwarded to the coroner, with an inquest due at a later date.

The search and rescue operation was coordinated by watch officers at the Irish Coast Guard’s marine rescue sub centre on Valentia Island in Kerry.

Fanore beach is a popular location for many Limerick holiday-makers.