Limerick town raises more than €18k by singing for Ukraine 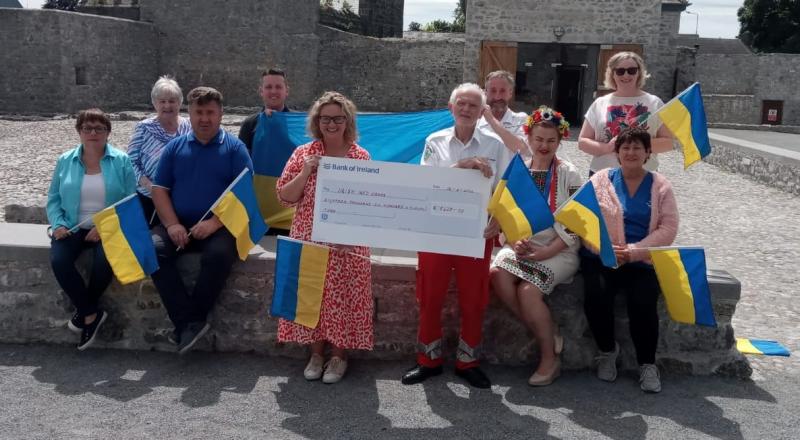 A CHEQUE totalling more than €18,000 has been presented to the Irish Red Cross following a major fundraising event in West Limerick earlier this year.

More than 400 people attended the 'Newcastle West Sings for Ukraine' event at the Longcourt House Hotel in April while two flag days were also held in the town as part of the fundraising effort.

The various performances - by a variety of local musicians - on the night were recorded and a special DVD will be available soon.

In Pictures: Talent shines through in Limerick town to support humanitarian effort in Ukraine

The fundraiser, which took place just six weeks after the invasion of Ukraine began, was the brainchild of local woman Clare Sammon who led the organising committee.

In addition to those who attended the concert and who supported the raffle and flag days, the organisers also received corporate sponsorship from local enterprise. The main sponsors were The Longcourt House Hotel, The Yard and A LiVe Productions.

All of the monies raised will go towards the Irish Red Cross Ukraine effort.