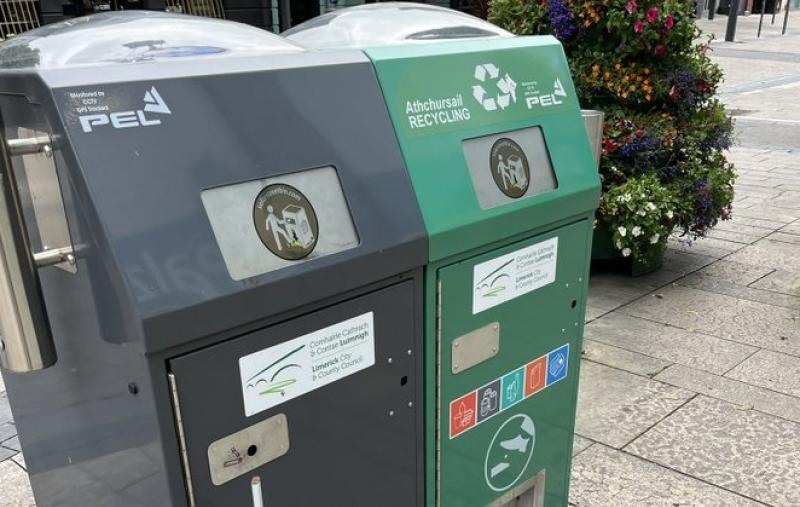 LIMERICK City and County Council has been accused of ‘greenwashing’ by not following the correct procedures when handling recycled materials from public bins around the city.

The Council has been accused of accumulating all rubbish from the general and recycling bins in skips which then end up for “landfill or incineration” without being segregated.

Limerick City West and Social Democrats Councillor Elisa O’Donovan was the one to make the claims in a post on social media.

“Where does the rubbish in these recycling bins end up?” Ms O’Donovan stated adding that she submitted a formal question to the local authority in June.

Where does the rubbish in these recycling bins end up? ♻️ I asked this at June @LimerickCouncil and was told all waste is accumulated into waste skips which ends up in landfill or incineration. I will be requesting that waste in recycling bins is actually recycled from here on in pic.twitter.com/k3QDjPoz8u

Ms O’Donovan went on to reveal that she was informed that all waste is accumulated in skips which ends up in landfill or incineration.

When contacted by Limerick Live, a council spokesperson stated that Panda Greenstar Waste Management collects all waste from a facility at Park Road where it is then brought to the recycling centre on the Dock Road.

“Some of the remaining mixed-waste and recyclables would then be deflected to the Materials Recovery Facility in Cappagh. Here they are passed through an additional series of methods including eddy currents to remove aluminium and other light recyclables and laser optics to remove other recyclable items,” it added.

Finally, items are then graded for recycling, incineration or landfill.

Future awareness campaigns about what can be recycled are being planned as the council claims some of the litter being deposited in recycling bins is not recyclable and is contaminating items that are recyclable.