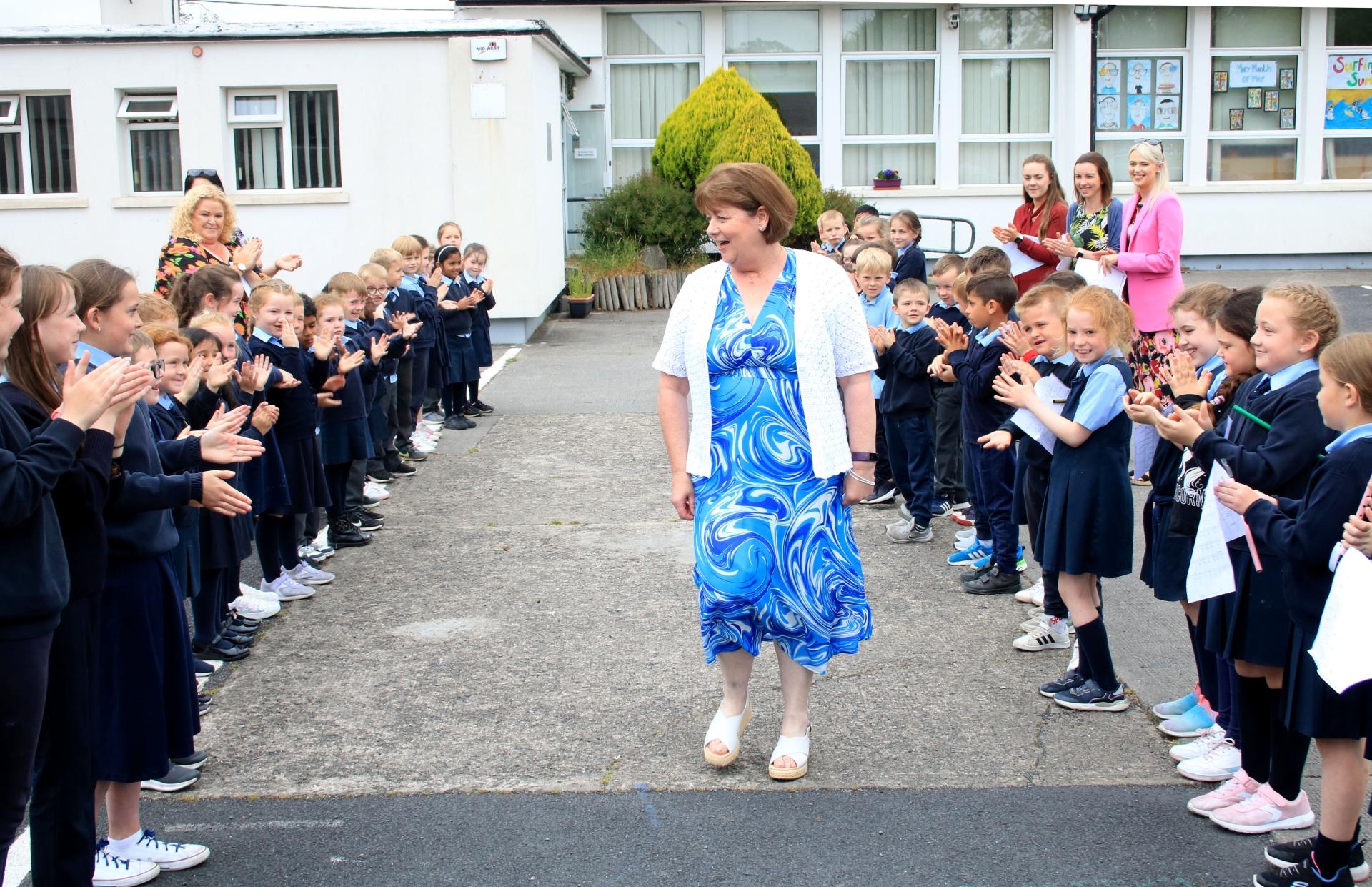 THERE was an air of both sadness and happiness at St Mary's National School in Croom as staff and students marked the retirement of deputy principal and long-time teacher Catherine Kennedy.

Mrs Kennedy, who attended the school as a child and who worked there for the past 25 years, was even reunited with her junior infants teacher - Barbara Hogan - on her final day.

"I feel very grateful to be here today - you are a great bunch, I've had a great time here in Croom National School," she said as she addressed a special gathering of the school community.

Mrs Kennedy attended Mary Immaculate College and qualified as a teacher in 1984. She then spent time as a teacher in Naas and Feenagh before taking up a permanent role in Croom in December 1997.

In addition to her deputy principal role over the past seven years, she has taught senior infants and sixth class and she has also held a role as a special education teacher.

"Catherine is an incredible kind-hearted person and is always pro-child and student in every decision she makes. Her openness and honesty means that pupils connect with her easily and her ability to recognise a programme or activity that brings out creativity and joy in a child is second-to-none," said principal Emmett Murphy.

Canon Willie Fitzmaurice, chairman of the Board of Management, also paid tribute to the long-time teacher and deputy principal.

"It is with mixed feelings that we come together today - there is a sense of sadness, nostalgia, sentimentality but, above all, gratitude as we bid a formal farewell to Mrs Kennedy after he 25 years of service," he said.

"She has been a pillar here in this school community and many a teacher has leaned on her for advice and guidance and to avail her her deep practical wisdom," he added.

Pupils from every class in the school performed music or poems during the retirement party while Mrs Kennedy was also presented with gifts and cards and her very own 'Star of the Week' prize.