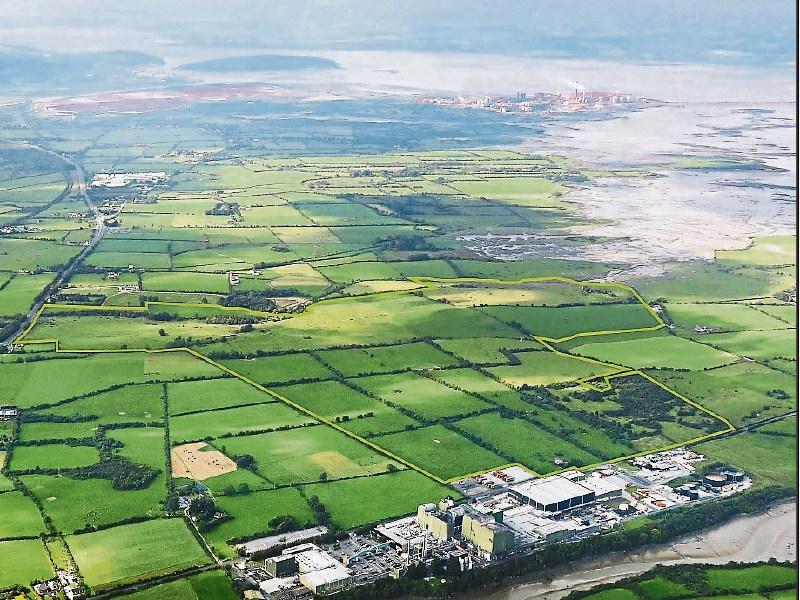 OUTSPOKEN councillor Kevin Sheahan has strongly criticised Shannon Properties after a deal to sell 230 acres of land near Askeaton fell through.

The former mayor told a meeting of Adare/Rathkeale councillors that he is aware that an American company recently sought to purchase an industrial estate on the N69 on the outskirts of the town with a view to developing a film and TV complex.

The vacant site has been owned by various State agencies over the past six decades.

At his last meeting as cathaoirleach of the Adare/Rathkeale district, Cllr Sheahan expressed his disappointment and criticised Shannon Properties for not reaching a deal.

According to Cllr Sheahan, who lives in Askeaton hundreds of jobs could have been created had the sale materialised.

“The company would not be making the movies, they would be building the studios and there would be streetscapes and that kind of thing and then film-makers and producers would come in on site,” he stated.

“I don’t know how many jobs were lost but I was told a minimum of two hotels would have to be built adjacent to this development if it went ahead - you are talking at least 2,000 jobs between direct and indirect,” he added.

The Limerick Leader understands the interested party, which was acquired by another company during the negotiations, already works closely with streaming services such as Netflix, Disney+ and Amazon Prime.

However, for a number of reasons a deal could not be reached and the company has instead expanded its presence in the English city of Leeds.

“They were told they could get land outside of Leeds at a reasonable price and off they went and bought the land from a city that wanted employment and was serious about getting it in,” said Cllr Sheahan

While not commenting on Cllr Sheahan’s specific comments, a spokesperson for Shannon Group stated: “In 2020, Shannon Commercial Properties appointed international commercial real estate agents Jones Lang Lasalle (JLL) to actively market the Askeaton site. This resulted in a number of expressions of interest that were engaged with and followed up. JLL and Shannon Commercial properties are continuing to actively promote the site.”