In Pictures: Margaret honoured for almost 50 years working at a Limerick mart 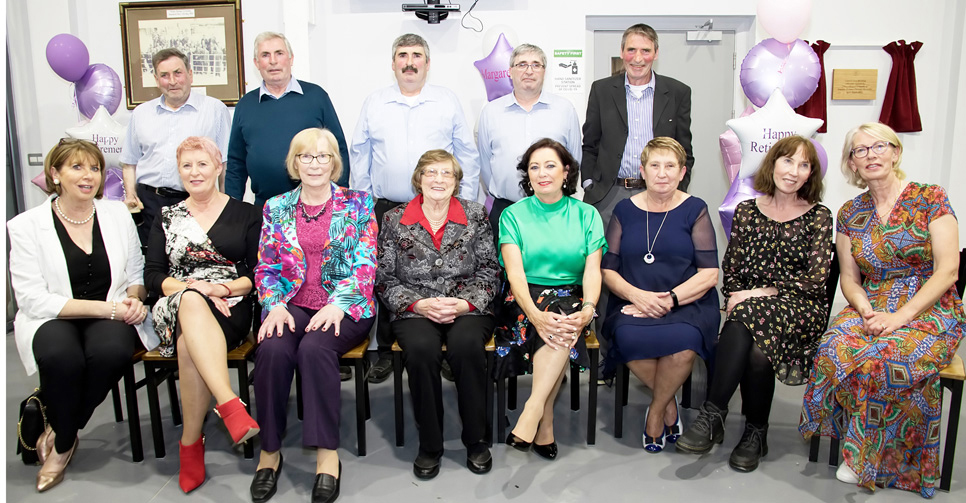 THERE isn’t a farmer in Limerick and surrounding counties that doesn’t know Margaret Noonan.

Former GVM Group chief executive, PJ Buckley said Margaret is and has been very much “part of the fabric of Kilmallock Mart, and is an integral part of the society for many years”.

Kilmallock Mart has been in operation for 64 years and incredibly Margaret has been there for 49 of those years and is still going strong. Her kindness is only matched by her diligence - nothing is too much trouble for Margaret.

To celebrate her incredible length of service, GVM held a special function for Margaret. There was only ever going to be one place to hold the event which was postponed for a couple of years due to Covid.

“When we did discuss about holding an event, straight away, Margaret wanted to have it here in the mart, among all her people and friends, and I am not surprised with this. Margaret, to an extent, this is your kingdom, your domain and has been for the last almost 50 years where you have both ruled and served the people. The mart has been in operation for all of 64 years and you have been here for a large part of that.

“You can appreciate that Margaret brings vast experience to her role in the mart. To an extent she has seen it all and I am not sure if anything or anyone could surprise her at this stage. It has been a great comfort to me in my time here and particularly in my time as chief executive that Margaret has been there in her front office. I knew that I did not have to worry about any issue in the office – I knew that Margaret could and would deal with it,” said PJ, who made the point that it is so hard to talk to somebody in modern life when we have a problem - being put on hold for half the day or dial 1 for this, 2 for that…

“I am sure that it is a great comfort to people using the mart when they see Margaret sitting in her office, a person who knows them, who has always been there and who will do everything possible to help them,” said PJ, who also spoke of Margaret’s creative talents. She has turned her hand to poetry and displayed her artistic touches when designing cards and posters. Margaret has played a key role in organising events to mark important milestones like the 50th anniversary of the mart, 60th celebrations of the society and the launch of the history book.

But this time the event was a celebration of Margaret Noonan. GVM Group financial controller Maurice Lyons GVM said customers and all of her colleagues have benefited hugely from the astute decision that Tom Nelligan and Brendan Danaher made in 1973 when they hired Margaret. It was a good year for Limerick’s hurlers and farmers!