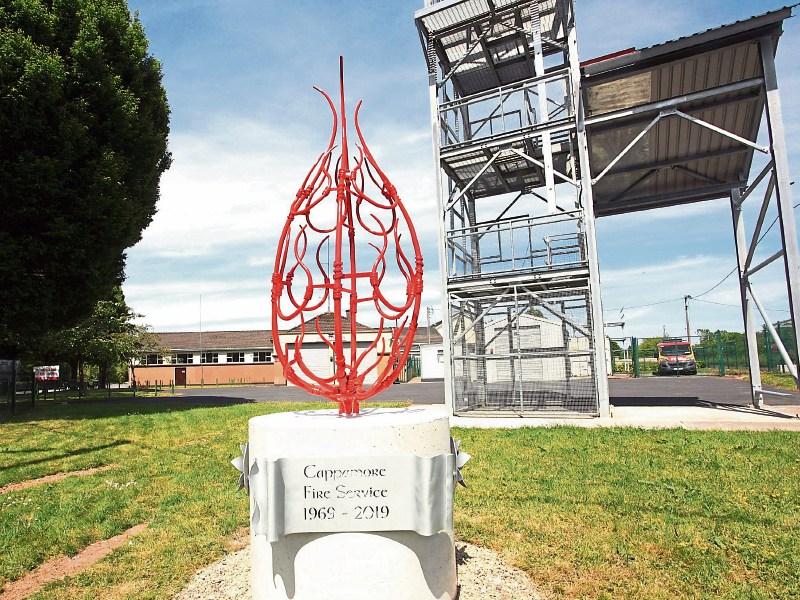 ANOTHER rung in the ladder of the €700,000 upgrade of Cappamore Fire Station has been climbed.

Limerick City and County Council has published a part 8 development notice and has begin a public consultation process.

The refurbishment plan included the conversion of the existing appliance bay to a lecture room, canteen, station office and muster bay.

A three unit appliance bay is to be built which includes a new entrance lobby, drying room and breathing apparatus room. A roofed area beside the proposed appliance bay will also be built to store an additional vehicle.

Members of the Cappamore/Kilmallock Municipal District were briefed this week and submissions can be made up until July 25.

Minister for State Niall Collins said it is one of the first projects he worked on after he was elected.

“I am delighted to see another step on the journey and look forward to work starting and being completed. When firefighters wake up in the morning they don’t know what dangers they will have to put themselves in during the day for us, the public. They deserve the very best in equipment and a modern fire station to be based in," he said.

Cllr Martin Ryan, from Cappamore, said it is great to see it finally coming together.

“I have been working with Niall Collins and Mike Donegan since we got elected to make sure this happened. Niall worked on securing the funding so it is brilliant to see - the retained firefighters in Cappamore wholeheartedly deserve this. They are the last fire station in the county to be refurbished."

“The service they provide is second to none and it is so, so vital to have those men properly equipped and set up properly. The cover a wide area - East Limerick and Tipperary region as well,” said Cllr Ryan. After part 8 planning it will be going to tender for construction," added Cllr Ryan who said he would like to see work commence before the end of the year or early in 2023.

“Cappamore Fire Service celebrated its 50 year anniversary two years ago. It is a fitting upgrade to the station that has provided an excellent service for so long. It is badly-needed,” said Cllr Ryan.

Plans to celebrate the 50th anniversary and unveil a sculpture by local artist blacksmith Eric O’Neill had to be cancelled due to Covid. Eric was approached in 2019 by now retired station officer John Mulready and asked if he would be interested in making a commemorative piece.

“I was honoured to make this piece. Being the son of a firefighter its creation means a lot to me. I put my heart and soul into it. Hopefully the 'Cappamore Flame' is seen as a fitting tribute to the men and women past and present who have served and continue to serve our community as part of Cappamore Fire Service,” said Mr O’Neill.

The plinth decoration comprises of two fire flowers seen on an officers lapel, the traditional emblem of the fire service - two crossed axes and a helmet - and the dedicatory name plate celebrating the 50th anniversary of Cappamore Fire Service 1969-2019. Every inch was forged in temperatures above 1,200 degrees.

“It is a testament to all of those who have worked in controlling and extinguishing fires. This temperature range is seldom experienced by many. It is also a tactile reminder, though fire is seen as a destructive force through skilled hands it can be manipulated to create a work of beauty.

“The four main structural tapers reach out like the quadrants of a compass emphasising the geographical locality covered by the station - north, south, east and west. The community and locality are aware and secure in this knowledge. There are 12 internal tongues of fire. These represent the 12 hours of day and night along with the 12 months of the year this service is provided.

“The structure is held together with decorative wraps which relate the bond of brotherhood and sisterhood between all of those who have served here. No two call outs are similar. Every time the bell rings a call must be answered and members of the fire service do their duty. This duty forges a bond of trust and reliance on each other. This team effort is what makes it strong. It’s about the collective - working together and believing in each other. Hopefully this creation captures the above,” said Mr O’Neill.