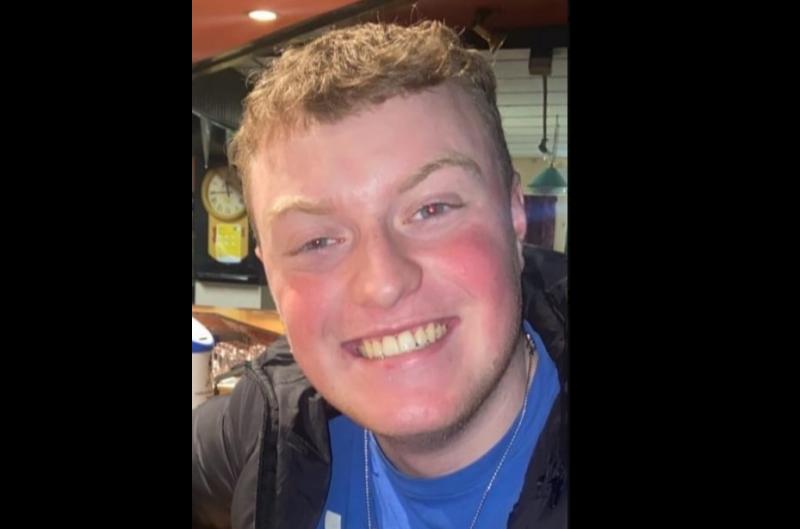 "HE LIT up the lives of all who knew him". These were the words of the mother of Luke Buckley, a young man who was killed in a collision on Monday at his funeral Mass today.

The life of the 20 year-old was celebrated at St Patrick's Church, Knockea where hundreds of people travelled from near and far to celebrate "the most genuine young fellow".

Fr. Tom Mangan led the service where symbols of Luke's life were laid at the altar, including a South Liberties jersey, hurley and music speaker.

Fr. Mangan described the young man as having a "love for life" who was "warm, enthusiastic, full of joy and charm".

Luke's time at Knockea National School as well as Castletroy College were remembered during the mass with Fr Mangan noting that the amount of young people who had reached out to the family since Luke's passing was a "testimony to his character".

A laugh echoed through the church when Luke's father Michael commented that his son would be having a giggle at everyone who had been left standing outside in the rain during the service.

During a moving eulogy, Michael thanked Luke's teachers, emergency services and family liaison officers as well as Luke's family and friends who he said he "loved so dearly".

Luke's mother Julie shared humorous stories of her "Loving, Unique, Kind and Effervescent" son who "always brought fun and humour wherever he went".

"He was a cranky and difficult baby who cried for the first three years of his life. But then he turned into sunshine, a smiling teen who brought seventeen years of joy after that.

"He shared a tight bond with his dad and adored his siblings, Katie and Finn, as they adored him. He teased them relentlessly but no one else was allowed to.

"He loved music, singing and dancing. He would practice his dance moves at home to great laughter and the whole road knew when he was taking a shower from the 'boom boom' of his speakers.

"He was afraid of nothing, only spiders. Katie would be dispatched to dispose of any big ones in his room".

Stories shared by his parents emphasised how Luke was a happy and content young man who was "pure of heart".

"We had him all to ourselves during lockdown, we would split our sides laughing at him while playing charades, he was rubbish.

"He loved his grub. As early as August he would say 'mam talk me through the Christmas dinner' just to be sure there was roasties and extra stuffing.

"He was going to start studying Business at LIT soon. He told us 'I will make you proud'. But Luke, we were already so proud of you."