Limerick Chamber calls for Dublin Airport's 'monopoly' to be broken 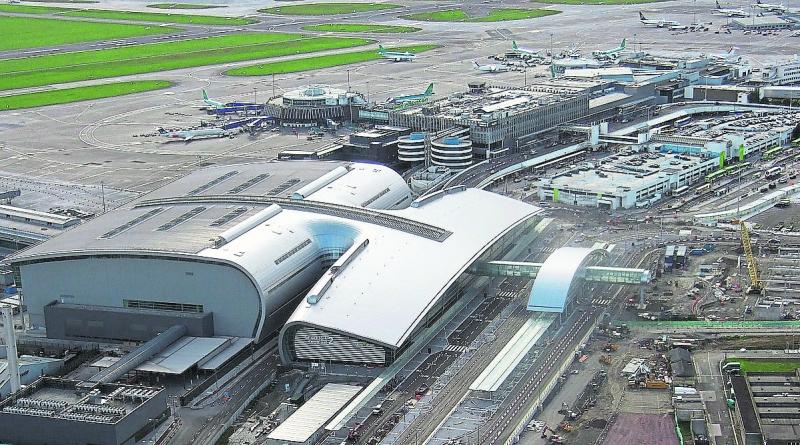 There were long queues at Dublin Airport last weekend

LIMERICK Chamber has added its voice to calls for a change in government aviation policy amid scenes of long queues at Dublin Airport.

In a strongly-worded statement, its chief executive Dee Ryan said measures must now be put in place to make sure the capital's "monopoly" is broken.

Hundreds of passengers have missed flights out of the hub in the last week, as tailbacks snaked back to in the car park causing major frustration.

It's has been blamed primarily on staffing at the facility, but the Mid-West's largest business group now want to see a working group to review national policy, claiming it's as a result of a national approach which has allowed Dublin to grow without control.

"There must now finally be consensus that our approach to aviation in Ireland is not serving the public, airports, regions or State well," the group said.

Ms Ryan said if anything is to come out of the "chaotic" scenes at Dublin Airport, "it must be to put in place new aviation policy that finally makes Dublin Airport accountable to the wider interests of the State and not just its pursuit of profits."

"What happened last weekend was a direct result of not managing Dublin Airport growth over the past two decades. The laissez-faire approach of the state has allowed Dublin Airport grow to unnecessary scale. It’s as if the Department of Transport has been the downtown office of the DAA and has basically allowed it to do what it wanted. Regrettably one of the hallmarks of Dublin Airport’s expansion has been the ruthless pursuit of passenger growth at the expense of other Irish airports and regions," she said.

Ms Ryan pointed out that ridership in Shannon increased by just 300,000 between January 2013 and December 2019, while in the same period, Dublin Airport grew its passenger numbers by 13.8 million.

Ms Ryan said that Limerick Chamber’s Copenhagen economics report of 2019 noted that in other EU countries where there was an over-concentration on one airport, steps were taken by governments to address the issue and push connectivity to regional airports. And she said that while a short-term fix was needed to make sure there is not a repeat this summer of last weekend’s events and the associated international reputational damage, the crisis could not be allowed pass without dealing with the underlying problem.

“Perhaps half or more of the passengers flying out of Ireland are travelling from the regions, so it also flies in the face of our efforts to tackle climate change for would-be passengers to be spending so much time on our roads. It also flouts the Irish Governments ‘Project Ireland 2040’ plan. I have written to Ministers Ryan and Naughton and asked for the establishment of a review group to look at Irish aviation policy once and for all because Dublin Airport’s market share in Ireland is so out of sync with EU norms," she said, "What we need is clear policy to make sure Dublin’s monopoly is broken, put passengers and the public first and, with that, we will see growth at other airports and in those regions,” she added.