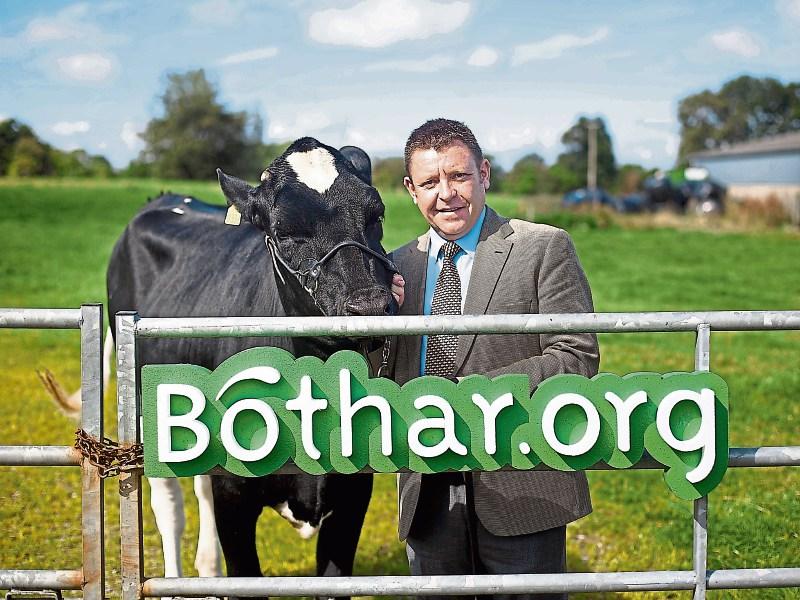 Former Bóthar CEO David Moloney has admitted misappropriating large amounts of monies donated to the charity, for his personal use

IT IS “an exciting time to join” Bóthar, according to the Limerick-based charity which is hiring a new CEO.

The news came as a surprise to Limerick IFA chairman Sean Lavery. The generosity of farmers has played a crucial role in Bóthar’s work in developing nations through donations of livestock. B

óthar sent its first airlift of 20 in-calf heifers from Shannon to Uganda in 1991.

A three-year contract for the new CEO comes with a €90,000 per annum salary; 30 days annual leave; employer pension contribution and health cover.

It states in the job description for the new Bóthar CEO that “a crucial aspect of this role is to represent the charity externally, especially as we work to resolve legacy issues and mitigate the challenges of the Covid-19 pandemic on our operations”.

Last year Bóthar launched High Court proceedings against its former CEO, David Moloney, who, they claim, misappropriated the charity's monies for his own use. Bóthar is seeking to recoup the monies taken.

Mr Moloney, of Clino, Newport, County Tipperary, has admitted misappropriating large amounts of monies donated to the charity for his personal use. In a sworn statement to the court, he said he spent the cash on things including family holidays, on his friends, but never lodged the monies in the bank nor kept any of the cash taken.

He also claims that much of what was misappropriated was paid to others, including to Peter Ireton, co-founder and former CEO of Bóthar. Mr Ireton died following what has been described as a personal tragedy at his home in Limerick in April, 2021. Mr Ireton's death came days after Bóthar's High Court action against Mr Moloney began.

The total sum it is alleged has been misappropriated is €1.1m.

Mr Lavery said one would be inclined to think what happened a year ago was of little consequence which “it certainly was not”.

“I do not believe simply appointing a new chief executive to carry out a look back review and to develop a new strategy is credible. The reputational damage done is such that the future viability of the organisation has to be questioned.

“At a minimum, all stakeholders should be consulted to ascertain their views regarding do we want to continue? How do we restore trust? What is the current financial situation? What is the likelihood of recovering monies? Status of current projects?” said Mr Lavery.

The Limerick IFA chair said only after answers on the above could you “have any view on Bóthar's future”.

The job description for the new Bóthar CEO states the role reports to the chair of the board of trustees and there are currently three other employees who all report directly to the CEO.

“This is an exciting time to join us as we determine future strategy for our organisation,” it states on the job description.

There are a number of headings with bullet points regarding what is expected of the new CEO.

Under Communications & Fundraising, it reads: “Carry out a full analysis into past income, as part of future strategy.”

Below Governance & Compliance, it states: “Lead and direct Bóthar’s work ensuring that robust management and governance practices are adhered to.”

The most recent financial statements available on the Bóthar website date back to 2018.

The closing date for applications to be the new CEO of the charity is Monday, June 6 at 5pm.